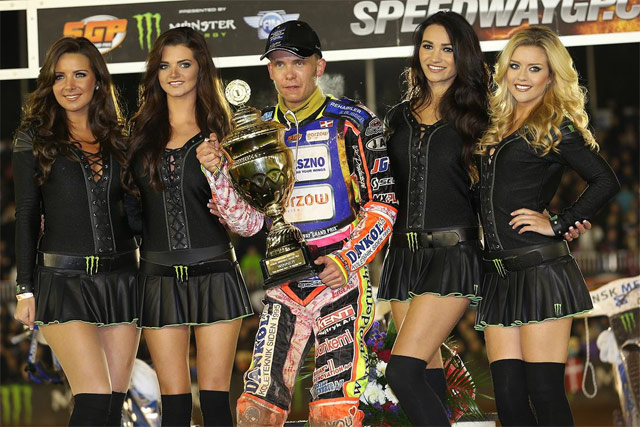 SGP series first reserve Jepsen Jensen comes into the event in place of Australian rider Darcy Ward, who remains suspended by the FIM. MJJ stormed to victory at Vojens as a wild card in 2012 and will be determined to make it back-to-back wins at the club where he made his 500cc league racing debut.

Bech Jensen was due to serve as first reserve in the meeting, but has been promoted into the starting 16 by the FIM after Danish champion Niels-Kristian Iversen was forced to withdraw due to knee ligament damage. He dons the No.20 race jacket.

They will take to the track if any of the main 16 riders are forced to miss a heat due to injury, illness, a starting offence or other reasons.

Top Image: Round nine winner Michael Jepsen Jensen will make his second apperence in the SpeedwayGP Championship this weekend