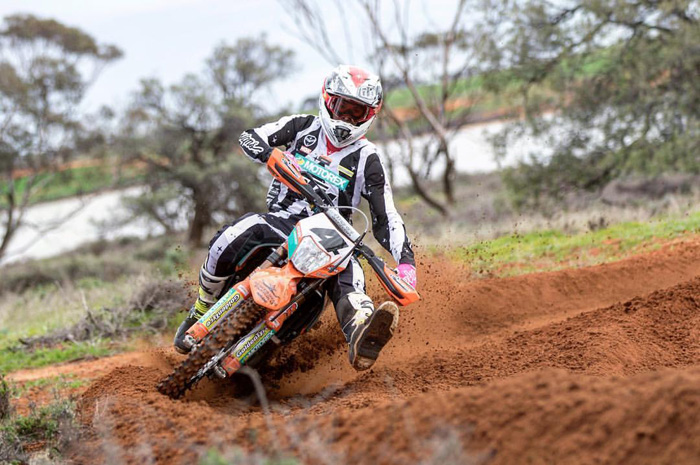 KTM Australia's Daniel Sanders has shown that he could be the rider to beat when in this years Penrite OIls Hattah Desert race after topping this morning's Prologue.

Sanders became the rider to watch for tomorrows 8 lap, 312km race after he set a cracking pace this morning, clocking a lap time of 2 minutes and 42 seconds to lead home team-mate Tye Simmonds by just over 2 seconds with Nathan Trigg setting the third fastest time to ensure a clean sweep for the KTM Racing team.

IN other class results, Angus Gelly topped the Under 19s class, Yarrive Konsky proved to be the fastest in the Vets 35 - 44yr class posting the 69th fastest lap overall, with Mike Reefman the leading 45 Yr Master Class rider in 80th outright.

Danielle Foot topped the times sheets in the ladies class on her way to an impressive 87th overall place result out of the 365 riders who posted times.

While it was Prologue day for the senior riders, junior riders completed both Prologue early this morning followed by their races this afternoon.

In the Big Wheel junior class it was Masson Semmens who claimed the race win ahead of Morgan Fogarty and Connon Radms after pre race favourite Callum Norton recorded a DNF after completing six laps. 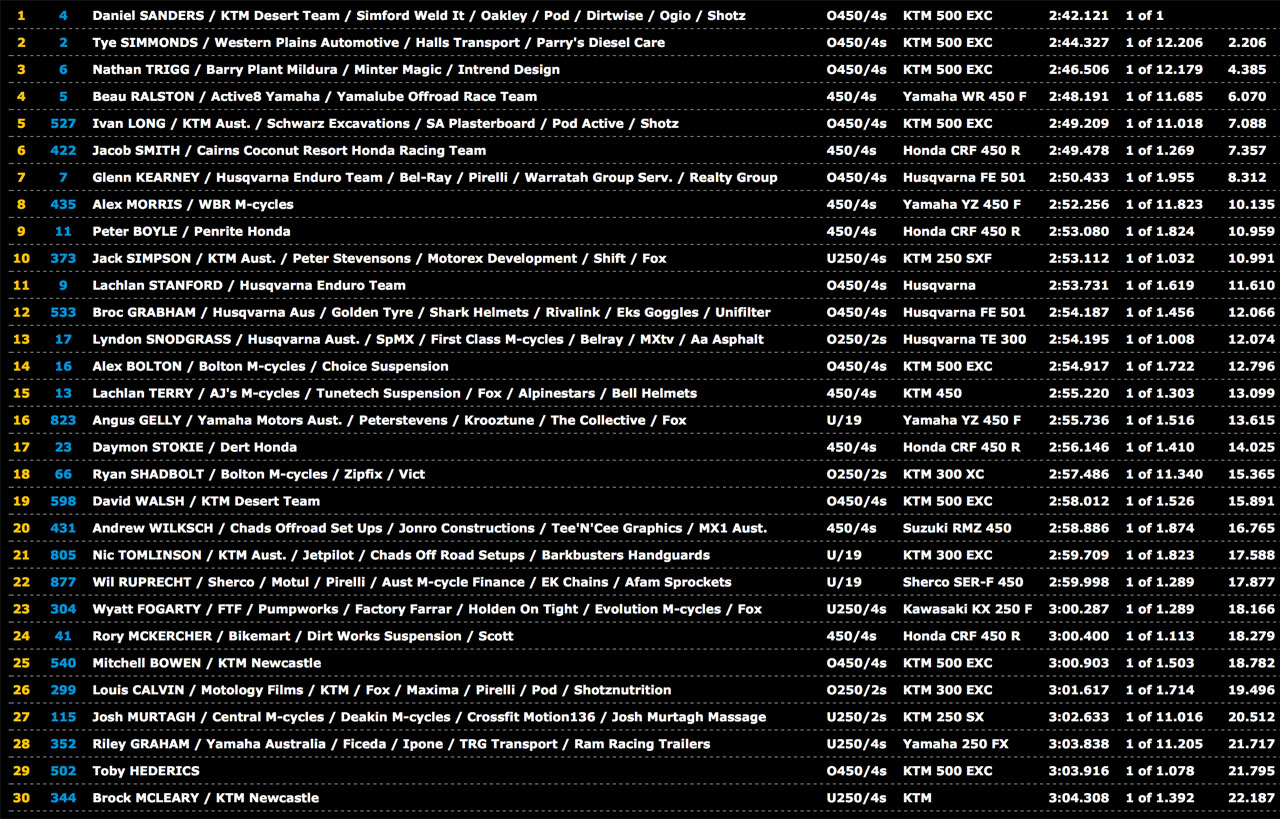