Daniel Sanders Back and Unleashed in Yamaha AORC 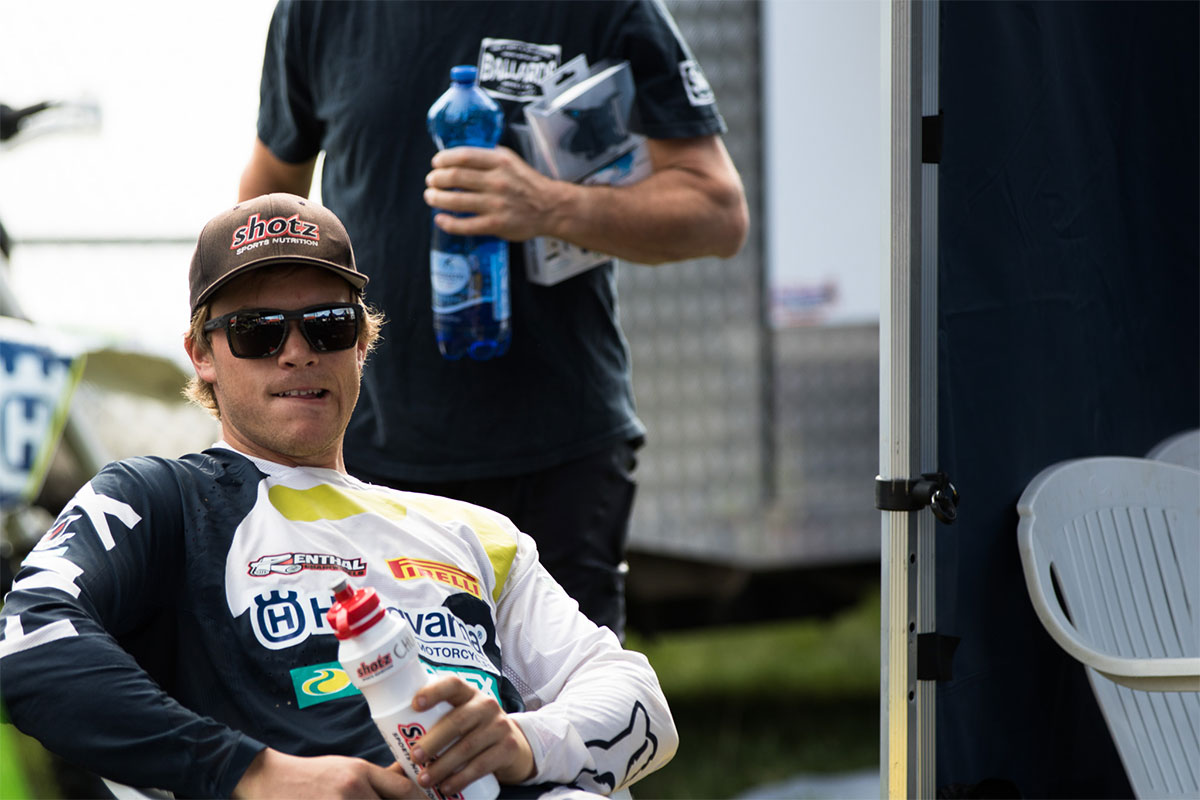 Daniel Sanders: Photo: John Pearson Media
A familiar face is back in the Yamaha Australia Off-Road Championship field and its looking like Daniel ‰Û÷Chucky‰Ûª Sanders hasn‰Ûªt missed a beat upon his return.

Sanders is back but for many who are used to seeing him in KTM orange have had to look twice as he took out the E2 class at Gympie aboard his new Husqvarna.

Sanders took on the best in the world and beat them in 2015 and 2016, taking out the E3 title at the International Six Day Enduro (ISDE) to accompany his AORC E3 title in the same year (2016). This brought international attention to the talent the young Australian had and Chucky took his talents to the world stage, aboard the KTM Factory Racing team in the 2017 FIM World Enduro GP Championship.

Based in Italy, Sanders had signed a two-year deal with KTM and was ready to chase that elusive world championship, but after some tuff luck in his first season, the Victorian decided it was time to come home and signed with the Husqvarna Enduro Racing Team for 2018 AORC.

AORC caught up with Sanders prior to his first round back in Victoria, to chat about his experiences in Europe, the decision to come home, how he is finding life aboard the Husqvarna and his plans for 2018. 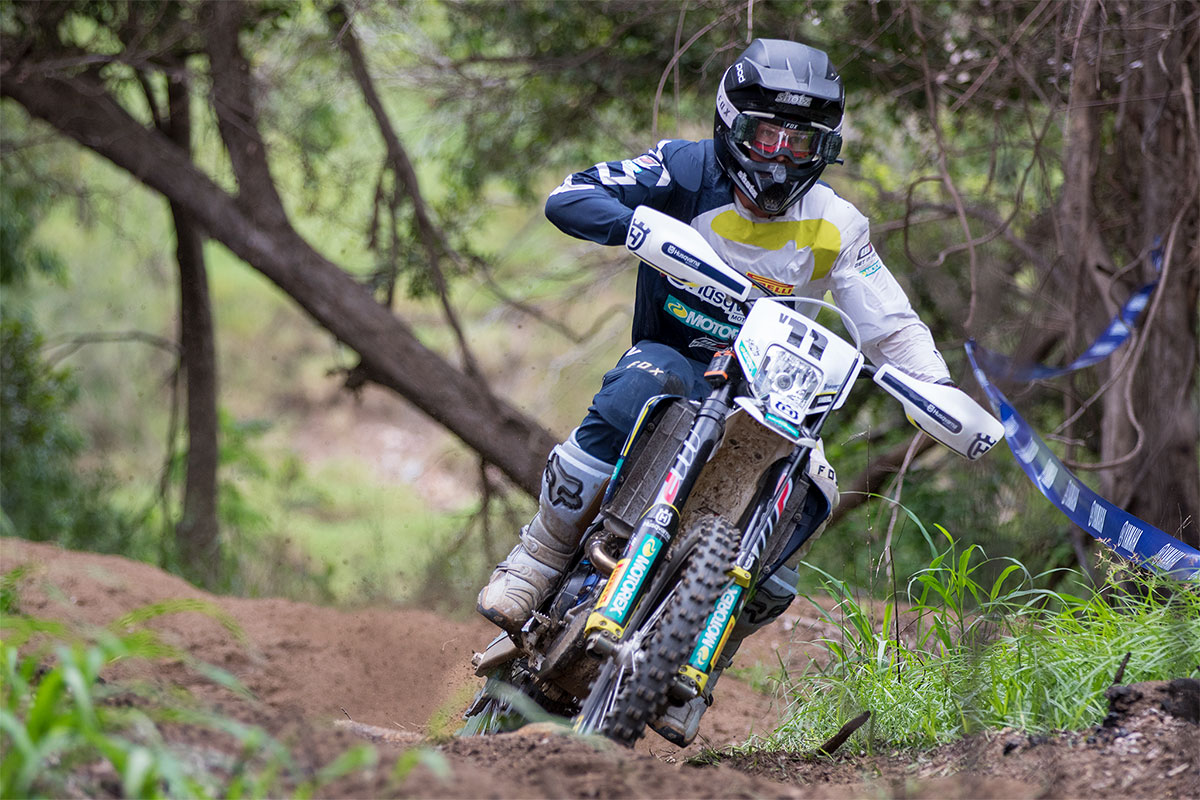 Daniel Sanders: Photo: John Pearson Media
Chucky talk us through your experience with KTM in Europe? How was life living in Italy?

It was a massive change for me going from living in country Victoria, to moving to Bergamo Italy, just about an hour north east of Milan. It was a good town with good people, good food and luckily for me the team was based there so I at least knew a few people off the bat. I was also lucky that I had fellow Australian Matthew Phillips living just over an hour away, we knew each other before I moved over and became close during my time in Italy. I didn‰Ûªt speak Italian but I did pick up the language a bit but I used google translate originally when I got over there, but by the end of it the hardest part was committing to speaking Italian without sounding different which is hard with the Australian accent.

My experience within the team was made easier as my mechanic and the team manager could speak fluent English, so we could communicate. The results didn‰Ûªt quite go the way I had planned, and a few other things went against us in the end but looking back at it now it was such a good experience riding in different countries and experiencing different parts of the world. I am so glad I went over a took the opportunity to race in the World Enduro GP.

Now obviously the decision to come home was a tough one, is this a decision you made on your own? And what was the reason behind wanting to come home?

The decision to home came from me being in a really bad place, I made the decision to come home on my own as I just wasn‰Ûªt feeling comfortable in the environment or on the bike. A lot of people have their opinions and say that I just couldn‰Ûªt adapt because of how I am, but they don‰Ûªt have the answers and until you go over there and experience what I experienced and deal with what I had to deal with, you won‰Ûªt know. I was quite disappointed in what they offered and their way of going about things, look if I could have taken my team from 2016 here in Australia over with me, I would still be over there racing and potentially winning world championships.

I struggled with the fact they weren‰Ûªt open to testing and changing things, I would suggest a change and they would say not possible, that frustrated me. But in the end, it‰Ûªs not just the bike and team, its everything together, all the little pieces that make up the puzzle. 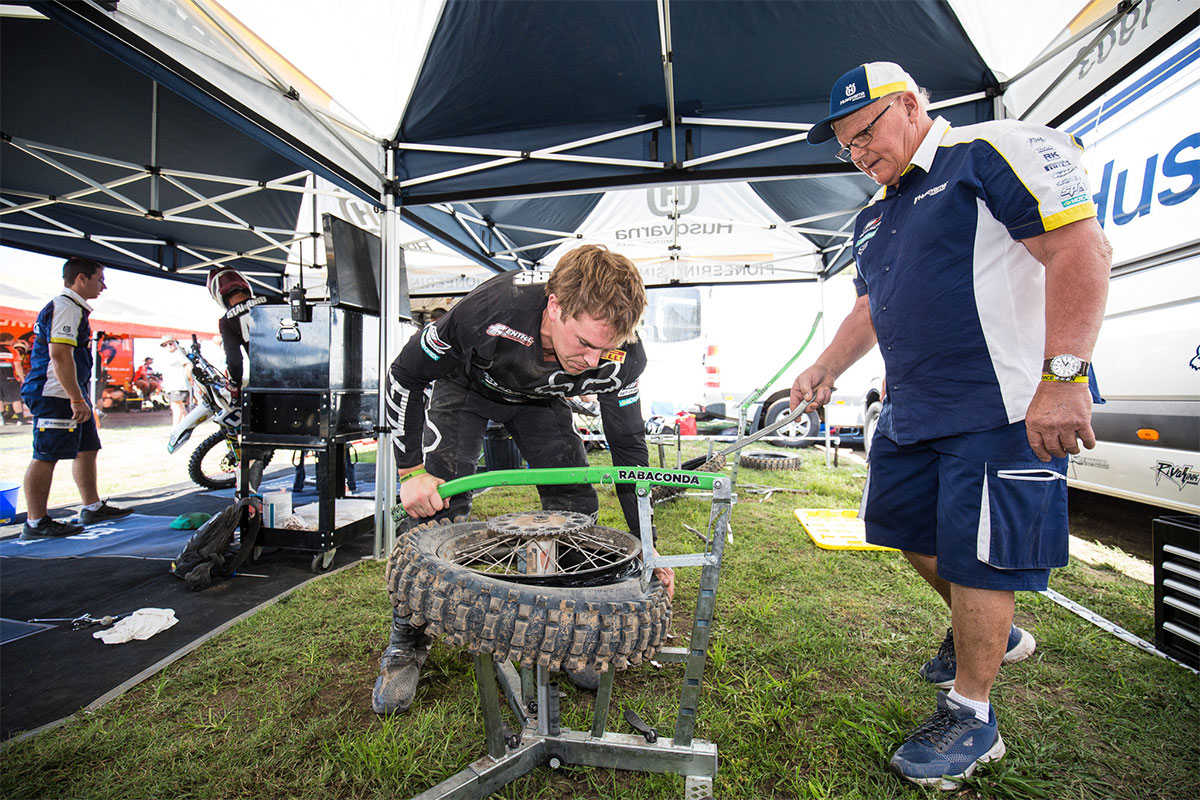 Daniel Sanders: Photo: John Pearson Media
You have been on a KTM all your career, you have made the switch to Husqvarna this year, how did that come about? And did you have any doubts over the switch?

The ideal situation, would've been to stick with KTM as I had been with them my whole career, but that wasn't to be. I spoke with Jeff Leisk back here and the team manager from Red Bull KTM in Europe and they showed me their plans for the next two years, but that plan was to pull away from the World Enduro GP, and that was the whole reason I went over. So, in the end I was going to have to make the switch and I just wanted to get out of there, and luckily Husqvarna had a spot for me back here in Australia.

Your form to start this season has been great picking up wins in the E2 class at rounds 1&2 of AORC, and taking out the E2 class at the Yamaha Australian Four-Day Enduro, clearly you are enjoying the Husqvarna, how are you finding the new team?

Coming back here to Australia is great, we have the ability to test everything under the sun and I‰Ûªm loving it. The range we have access to use, and test is something else and its refreshing after the difficulties I had overseas last season. It‰Ûªs a great team to work with, Christian Horwood our team manager has the riders best interest at heart and puts us first which is great. My team mates (Lachlan Stanford and Fraser Higlett) are also great to work with, we have a good time training and work hard which creates a great atmosphere in the team. I‰Ûªm also lucky enough to have one of, if not the best training base in the world where I live so I just have to put that to good use. 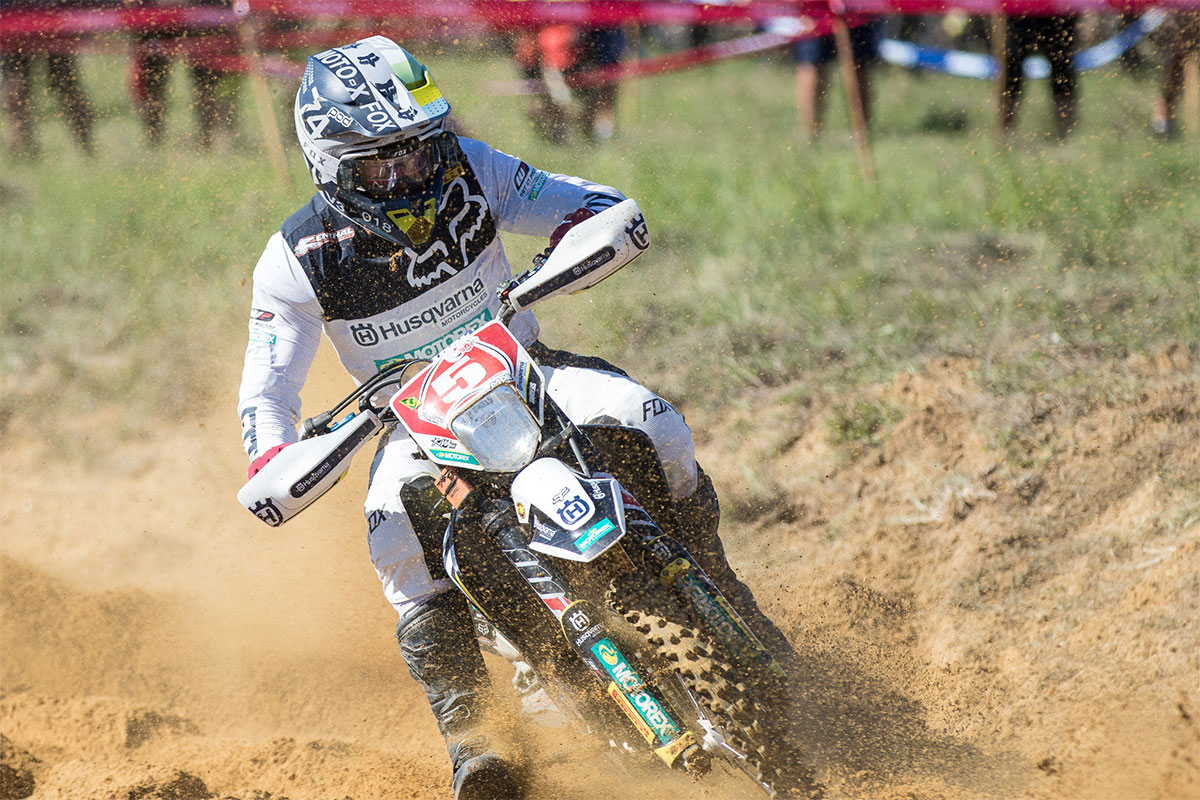 Daniel Sanders: Photo: John Pearson Media
Looking ahead to the next round of AORC, on the Saturday you have the first Cross-Country of the season, how do you approach Cross-Country compared to sprints?

Cross Country is my favourite race, it brings out the speed and endurance of a rider in the three hours of racing intensity. I prefer and have always like the longer distances racers, it will be tough down at Hedley and my fingers are crossed for some rain to keep the dust down. I had a Victorian round last week and that was good to get that under the belt, my body pulled up well and showed that my training is on the right track.

Coming back to AORC, is there anyone who you pencilled in that you wanted to beat?

Just Fraser my team mate (laughs) he has been talking it up, everyone wants me to say Daniel Milner but we are in different classes and we are just out there racing. Honestly, Milner is the man to beat and ill have to be on my game if I‰Ûªm to get close, but in the end my goal is to win my class and we will see what happens.