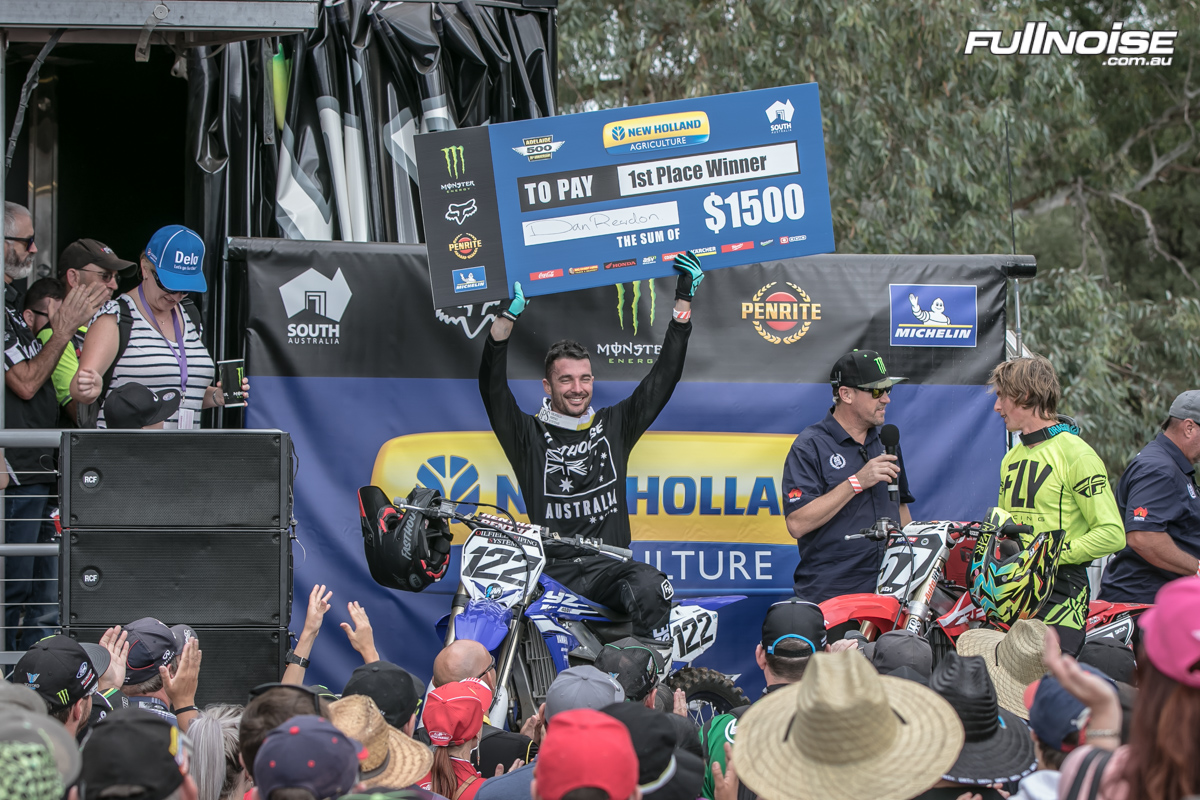 Winners are grinners, especially when you walk away with 8 x $1500 winners cheques and an additional $3000 for the overall win - Credit: Aaryn MInerds
Daniel Reardon has dominated the New Holland Split Rhythm event, that was held along side the Adelaide 500 Supercars event in South Australia over the weekend.

Eight riders across the weekend took to a technical supercross layout for a feast of head to head racing across three days of action. The uniquely designed 25 second, 250 metre long track saw riders start side by side, before splitting off into their own identical supercross sections, before once again coming together for the final sprint down a straight full of whoops and a huge finish line double.

Qualifying sessions where held each morning to seed riders for the following races, with Reardon showing his dominating speed from the get go, qualifying fastest each and every day.

After a knock out round of racing, the top four riders battled it out for a chance to move into the big cash paying final, while the remaining two riders raced off for the final podium spot in a best of three race format. 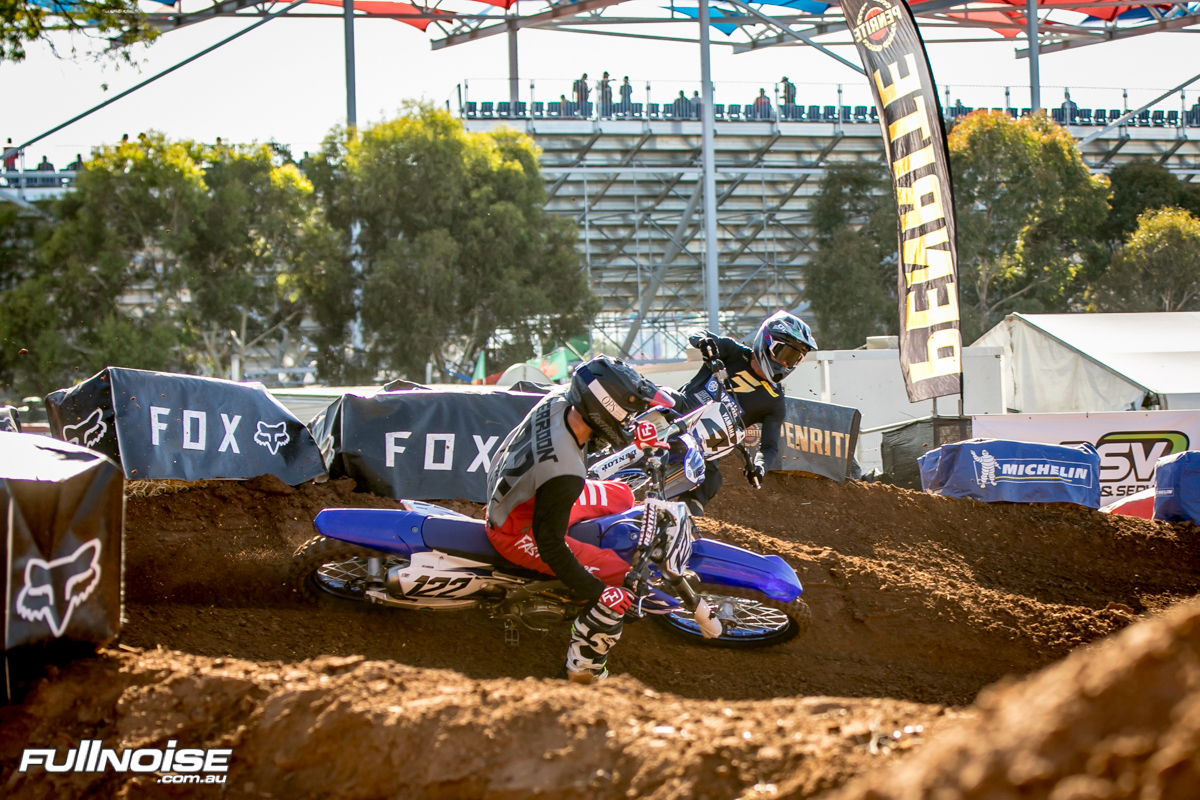 Reardon showed he was going to be the man to beat from the get go and was relentless on his way to winning every single race he started. Credit: Aaryn Minerds
Reardon set the tone early on Friday, taking the opening round win aboard his Oilfield Piping Systems Yamaha YZ450F ahead of Penrite Honda Racing's Brett Metcalfe, while CDR Yamaha's Dylan long edged out CRF Penrite Honda's Jackson Richardson for third.

Reardon finished the opening day of action out by topping Richardson in both race two and race three finals, while Metcalfe and Long split the final podium positions, with Metcalfe getting the better of Long in race two, before Long reversed the result in the final race of the day.

Dylan Long took his shot at taking a race win away from Reardon to start proceedings on Saturday, but like all before him came up a fraction short, finishing second with Metcalfe claiming third ahead of Richardson.

Race two on day two saw a near identical result as the opening race, with Reardon taking another $1500 winners cheque ahead of Long, while Richardson took his revenge on Metcalfe to snare third spot.

Long lined up against Reardon for a third straight attempt at glory for Saturday's final race, but unfortunately for the Factory Yamaha rider he crashed hard in the whoop section handing Reardon his sixth straight win.

A new face popped up for the race off for third and fourth, with Yamaha mounted Lawson Bopping lining up against Richardson, with Richardson getting the better of the two. 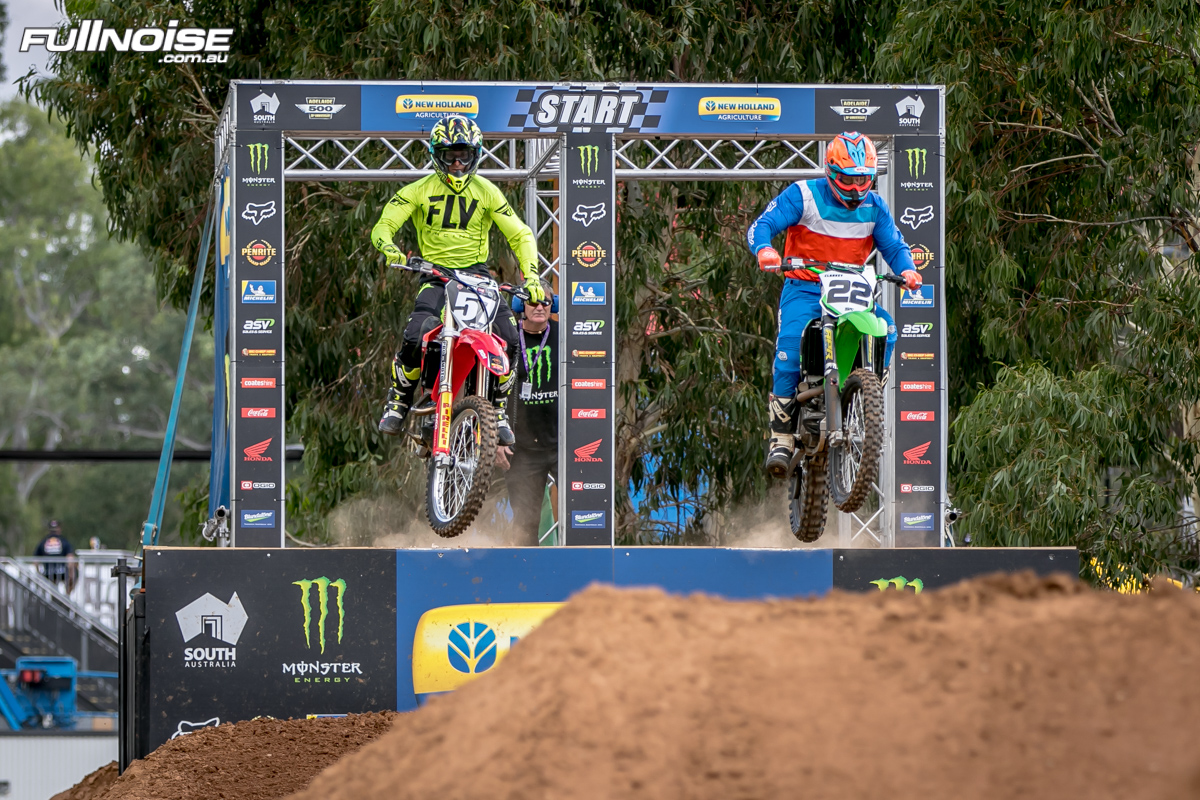 One minute you are on your way to a local practice track, the next you are lining up against the current two time time Aussie SX2 champ, not a bad day out for SA's Matt Clark - Credit: Aaryn Minerds
With Long's crash taking him out of Sunday's action, along with Cheyne Boyd also pulling out due to a nagging shoulder injury, a couple of local riders jumped in to fill the vacant spots on the starting line, with the events reserve rider Elijah Wiese, getting his first chance to race at the event, while Matt Clarke who was on his way to a local track for a day of riding, diverted to the Adelaide 500 race track after a last minute call up.

While both riders put up valiant efforts in their heat races, they joined Taylor Potter and Robbie Marshall on the sidelines when both sets of final got underway for the final day.

In Sunday's first final Reardon continued his winning ways, holding out Richardson, while Metcalfe got the better of Bopping in the battle for third.

In the final race of the event, Bopping made his way up on to the podium for the first time with a win over Richardson, while Metcalfe tried his best to take a win away from Reardon, but came up just short as Reardon ended the three days of racing with an unblemished record to add an extra $3000 cash prize to go along with each of his $1500 race wins, walking away with a cool $15,000 from the event.