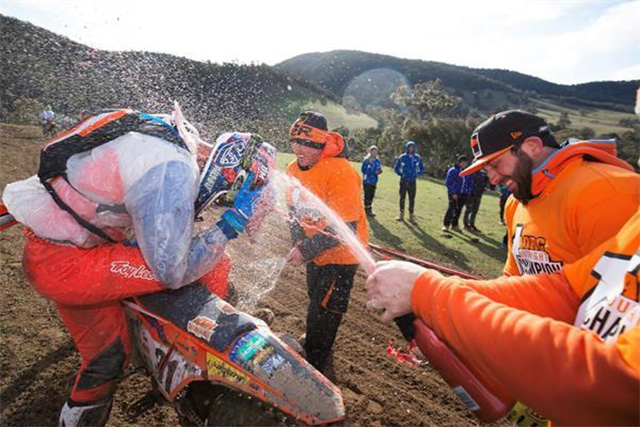 Milner and team mate Lyndon Snodgrass went 1-2 on both days, and in outright classification, as KTM 450 EXC-mounted Milner became the first rider in the history of the series to keep a perfect record of round wins across an entire AORC season.

‰ÛÏI don‰Ûªt think it‰Ûªs sunk in yet," Milner said. "I was pretty nervous this week ‰ÛÒ I don‰Ûªt know why, but as soon as I got the title yesterday it was a big monkey off the back, that‰Ûªs for sure. Then to be able to win today and do the perfect season, which no-one‰Ûªs ever done, that‰Ûªs put a big smile on my face. I think tonight over a couple of beers it will all sink in.

"I‰Ûªm a racer and I always want to win, so I just went out there and did what I normally do, just tried to put together smooth and consistent laps ‰ÛÒ I wasn‰Ûªt going to do anything stupid to put myself at risk. The tracks at Omeo were unreal. I don‰Ûªt think I‰Ûªve ever seen a track as nicely set up as this was. It had a bit of everything and the club put a lot of time and effort in and did an awesome job.

"Next weekend I‰Ûªm going up to Toowoomba to race some motocross with the big boys and just have some fun. Watching Ferris and Gibbsy will be interesting too! Then after that I‰Ûªll fly out to the 6-day. Twice I‰Ûªve come second there, so I‰Ûªm pretty interested in winning it overall. It‰Ûªll be difficult, but I‰Ûªll do what I can.‰Û 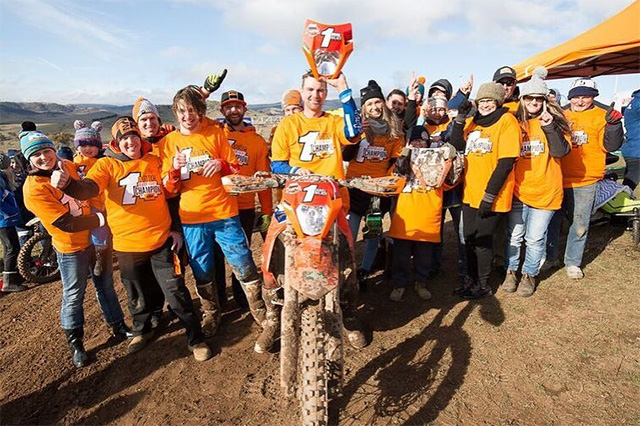 The end of a perfect season for Daniel Milner and KTM