Daniel Milner leads the way for Yamaha after A4DE day one 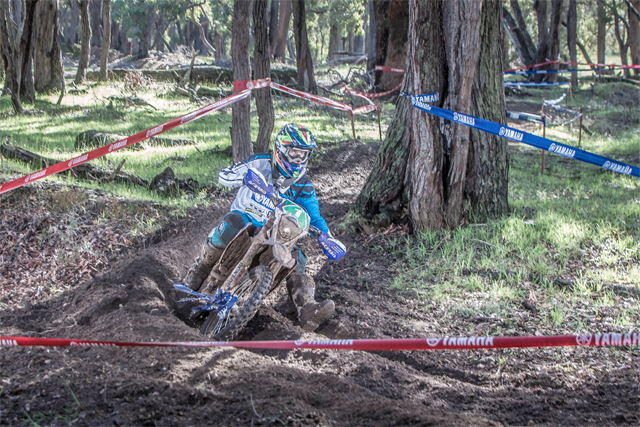 Yamaha Racing riders laid solid foundations for championship success after day one of competition at the Australian Four Day Enduro (A4DE) at Harvey, in Western Australia.

235 riders took off on day one, covering some 240 kilometres and eight special tests, in an exciting start to Australia‰Ûªs highest profile off road motorcycle event.

Yamaha have a wide range of riders representing the blue brand, from the factory supported teams of CDR Yamaha and Active8 Yamaha, to the Vets and Girls classes. With day one now in the books, Yamaha have four riders entrenched in the top 10 outright and plenty of class podium positions.

CDR Yamaha‰Ûªs Daniel Milner (Victoria) leads the charge sitting in second place outright and leading the E1 class (bikes under 250cc). He sits just 10 seconds behind the leader, Husqvarna's Matthew Phillips, after the opening day, winning three of the special tests conducted and feeling in good touch on his YZ250F machine. Milner is the reigning A4DE champion and out to make it two in a row in 2013.

Team mate Stefan Merriman rounded out day one in sixth outright on his WR450F in the E2 class. The former multi time world champion rode with his usual precision in the rough and sandy conditions and sits 2minutes from the outright lead. He is fourth in class and well placed as the field fires up for day two. 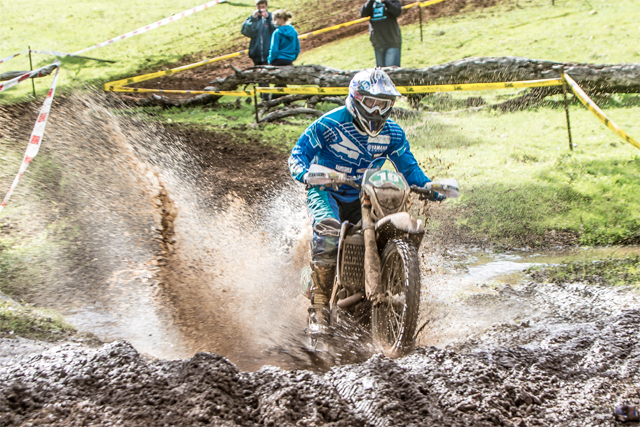 Active8 Yamaha‰Ûªs Josh Green is at the pointed end of the leader board in both the outright standings and the E2 class - Credit: Fourohfour
Active8 Yamaha‰Ûªs Josh Green has also thrust himself into contention with a solid performance on day one. Competing in the highly competitive E2 category (450cc machines) on his Yamaha WR450F, Green is fourth outright and third in class with the hard charging rider looking to climb the leader board as the event continues.

Byron Bay‰Ûªs Tom McCormack represents the Active8 Yamaha team in the E1 class on his YZ250F and entered the event looking to impress. He has started well to be inside the top 10 outright in seventh and a very respectable third in class in a tight battle with several riders. With three full days to go, including the final motocross test, McCormack will be pushing for a podium position.

Stefan Granquist flies the Yamaha flag in the E3 class (bikes over 450cc) and doing a sensational job. He sits second in class after day one and just outside the top 10 outright in 12th. He is just two seconds behind the class leader and the dual looks set to go all the way down to the final day.

Queensland‰Ûªs Kirk Hutton is in good position in the Vets class (over 35) on his YZ250F. Hutton rounded the day out in second place and well within striking distance of the leader.

Yamaha‰Ûªs female riders are also well placed, with Emelie Karlsson and Jemma Wilson running second and third respectively. Both girls have an enormous amount of off road experience and will need to put it all to use to finish on top of the female podium.

Yamaha Australia's Ray Howard is impressed with the start Yamaha's lead riders have made in the early stages of the four day event.

‰ÛÏIt was a good start by all our Yamaha riders and teams,‰Û