Daniel Milner and Lyndon Snograss Continue with KTM Into 2019

27-year-old Milner, entering his third season with KTM Australia's factory off-road squad, is coming off of his most successful campaign to date that saw him clinch the A4DE title overall and AORC E3 crown with a perfect win rate, along with earning the elusive outright honours.

The popular Victorian also played an instrumental role in assisting Team Australia to the World Trophy at the International Six Days Enduro (ISDE) in Chile, where he ranked first in the individual standings aboard KTM 500 EXC-F machinery. "It's really good to be back with the KTM Enduro Racing Team and to be riding the KTM 350 EXC-F is honestly really exciting for me as a rider," Milner said.

Having the year that I had this year, hopefully we can carry that momentum into 2019 - that's the goal! I've been on the new bike already and the agility of it, being so light, makes it so much fun to ride and my speed has been really competitive already.

"I almost rode the 350 when I first signed with KTM, but we went with the 450 back then and won on that, then won on the 500 this year and now I'm aiming to do the same on a different capacity bike again. It's always good to change it up and I'm super-happy to be with KTM Australia for another year," Milner concluded. 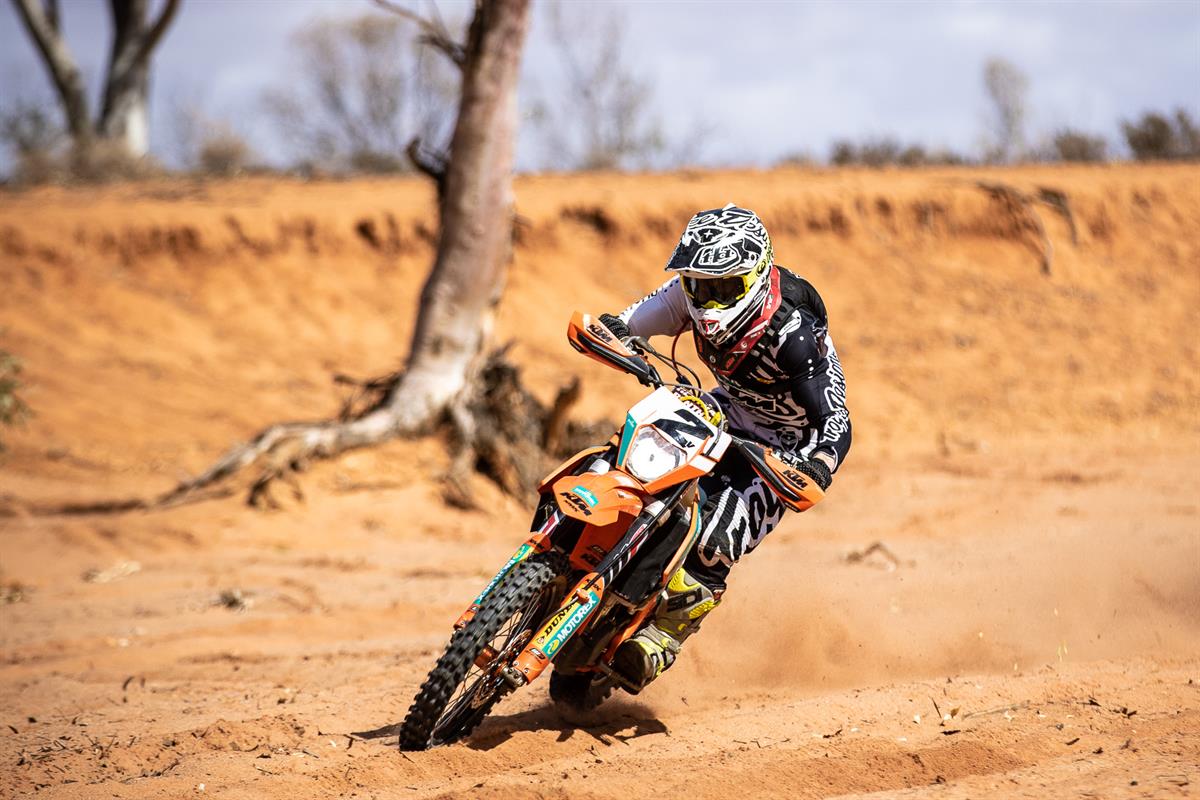 Next year I will be on the KTM 250 EXC-F and aiming for that top step, so to be working with everybody from KTM Australia again is a real positive for my career and I'm looking forward to it!

The opening stop of AORC is scheduled for 9-10 March at Gympie in Queensland, while the A4DE is set for 1-4 May at Moruya in New South Wales. Next season will see Milner step across to the KTM 350 EXC-F as he switches to the E2 ranks, while Snodgrass will compete in E1 aboard a KTM 250 EXC-F.

"We're certainly excited to re-sign Daniel Milner and Lyndon Snodgrass for 2019, which will be the third year that they ride with the KTM Enduro Racing Team. "Glenn Kearney - Motorsport manager, KTM Australia commented.

"Obviously Milner has been very impressive since joining KTM, topping the AORC outright two years in a row and he's been very dominant along with his success at the ISDE. Young Lyndon as well, he's improved every year and is our young guy coming through that we really enjoy working with.

"Together and with our major partners back on-board - Motorex, Troy Lee Designs, Dunlop and WP - it's all looking good for the season ahead. To have Daniel on the KTM 350 EXC-F in E2 will be great to see, while Lyndon will be on the KTM 250 EXC-F in E1 and we're really happy with that decision also." Kearney concluded.