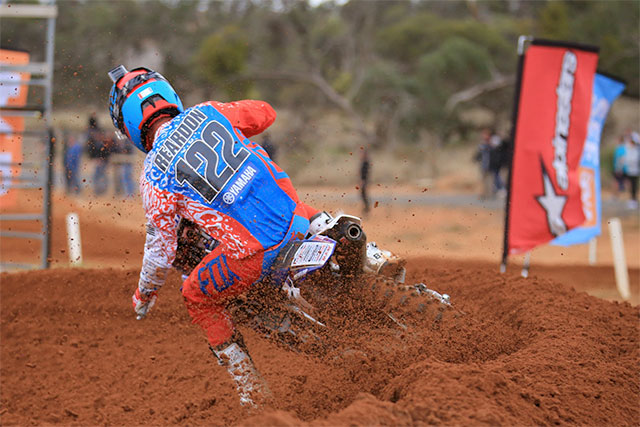 CDR Yamaha‰Ûªs Dan Reardon will miss this weekend‰Ûªs round of the MX Nationals at Wanneroo, WA, as he continues to recover from a virus that has plagued him for the past few weeks.

Reardon was in hands of the RACESAFE medical team after race one at the Murray Bridge round after riding himself to near exhaustion whilst finishing sixth. His condition deteriorated with RACESAFE deeming him not well enough to race the second moto as his blood pressure dropped and his heart rate shot up.

With the three x 20 minute races this weekend in the deep sand of Wanneroo and by far the most physically demanding of all the tracks on the MX Nationals tour, Dan and the CDR Yamaha team elected not to contest this event and allow the 2015 Australian Supercross Champion to get back to 100% health.

The heavy nature of a sand track demands 100% from both man and machine and with Reardon not even close to his physical peak, sending him out on a bike swallowing sand track would only risk his health further.

‰ÛÏIt‰Ûªs disappointing Dan won‰Ûªt be on the start line this week in WA but we feel it‰Ûªs the best decision for both himself and the team,‰Û