Dan Reardon lands on the podium at Adelaide Supercross 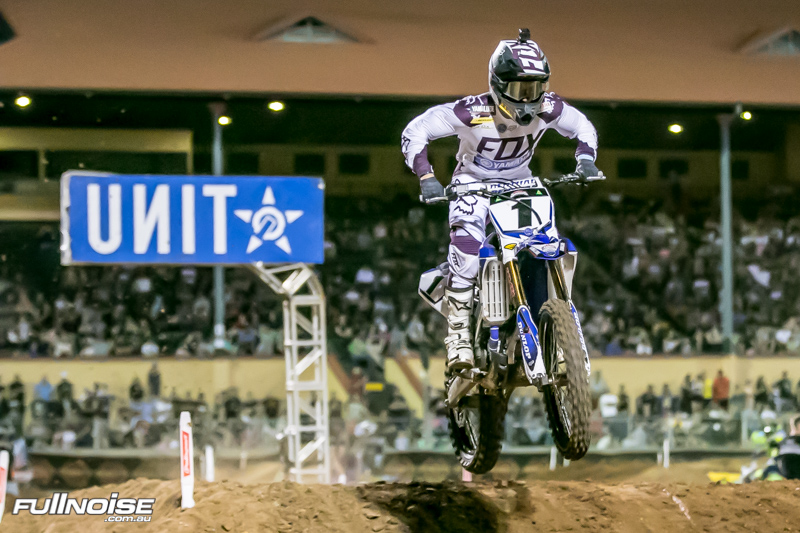 CDR Yamaha‰Ûªs Dan Reardon returned to the podium at round three of the Australian Supercross championship at Wayville Showgrounds in Adelaide last Saturday, taking an impressive second place on his YZ450F, behind US rider Justin Brayton, in a nice return to form.

Reardon bounced back strongly after a disappointing round two in Toowoomba just a fortnight ago when he fell heavily and finished down in a lowly 11th place but that was just a distant memory on Saturday Night as Reardon put in a rock solid 20 laps in the SX1 final and again showcase his silky skills.

After finishing second in his heat race, he easily qualified through to the 20 lap main event. With a good start in the final and inside the top four in the early stages, Reardon sliced his way into second place and set off in pursuit of Brayton.

He mounted a charge in the midway stages of the race but couldn‰Ûªt close the gap on the speedy American and with the track getting difficult, Reardon put it on cruise control in the later stages to take second place, some eight seconds behind the leader.

Reardon maintains his fourth place in the championship but just five points from second place in a very tight championship race with three rounds remaining.