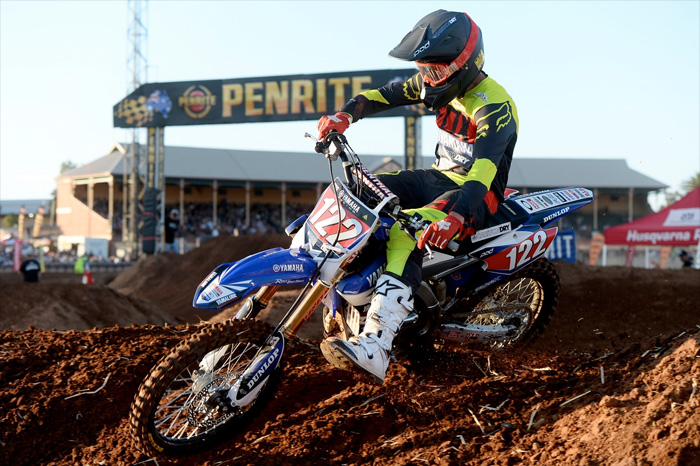 CDR Yamaha‰Ûªs Dan Reardon won a pulsating 20 lap main event at round three of the Australia Supercross Championship, held at the picturesque Wayville Showgrounds in Adelaide on Saturday Night.

In front of a vocal crowd who haven‰Ûªt seen a national supercross in some time, Reardon turned back the clock and produced the race of the season so far to overcome some spirited rivals, a bike stall and a challenging track to earn the applause of the crowd to take the race win and increase his lead in the championship.

As the premier SX1 (450cc) blasted off, Reardon slotted into second spot the early going and began apply pressure to race leader, Adam Monea. He soon swooped past Monea and took control of the race and looked to be on his way to victory.

But in an instant, the race was turned on its head when Reardon stalled his bike and let Monea and arch rival, Matt Moss, past and suddenly, with Brett Metcalfe and Kade Mosig right there, it became a race in five and with plenty of laps remaining, there was no clear favourite.

Reardon again passed Monea and moved to the rear wheel of Moss with five laps to go and the pair began to battle. The lead changed several times before Reardon finally got the upper hand and again hit the lead but the twists and turns weren‰Ûªt over as Brett Metcalfe put in a huge charge in the final laps to also pass Moss and claw his way to the rear tyre of Reardon.

But Reardon showed his class and poise under pressure to ride a faultless final lap and take the race win just bike lengths ahead of Metcalfe in a race that will long be remembered. 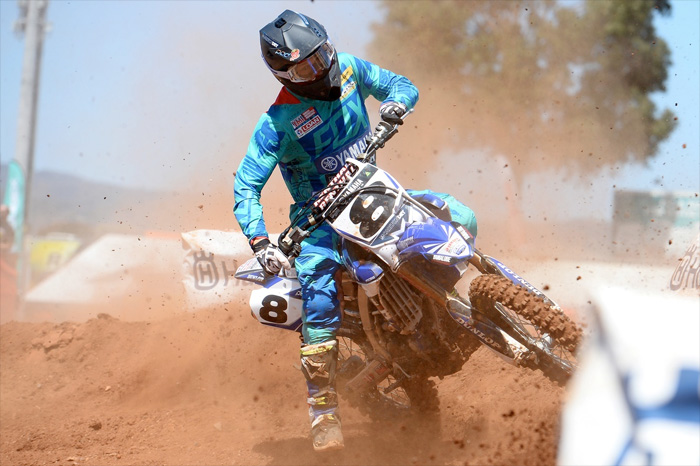 Kade Mosig's impressive main event ride was another big story from an action packed day and night of racing - Credit: Jeff Crow
Team mate Kade Mosig made it a good night for the CDR Yamaha team with an impressive fourth place finish on the night to consolidate third place in the standings.

Mosig hung tough the entire 20 laps and put in a huge effort in the final few laps to pass Monea and slot into fourth and within view of the race lead. The top five riders finished on the same straight and the speed out front was red hot.

‰ÛÏWhile I always aim to win, tonight was a good race for me and another step in the right direction." Mosig commented. "Every round I have improved and tonight was the closest I have been to the lead group and if I can just hold my own in the opening laps when the hustle and bustle is on, I think I will make the podium.

‰ÛÏIt was also good that I was able to get past Adam at the end of the race and show my fitness is right where it needs to be and I‰Ûªm good for the full 20 laps.

‰ÛÏMy mechanic Mike and the whole CDR Yamaha team have put in a huge effort for this supercross championship, so thank you to my team and our sponsors,‰Û