Current Dirt Track stars to honour greats of the past 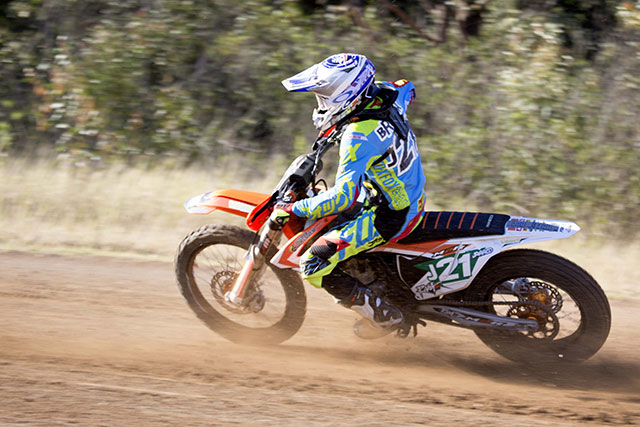 Dirt track motor cycle racing has a long and rich history in the Hunter region in NSW and two big names associated with the sport are to be honoured at this weekend‰Ûªs race meeting to be staged at the Barleigh Ranch track.

The Hunter Motor Cycle Club will host the Chris Watson Motorcycles and Honda Australia 28th staging of the Trackmasters meeting at the Barleigh Ranch Raceway this coming weekend, Saturday April 8 and Sunday April 9.

Two of the classes of racing at this meeting will remember legends of the sport from both sides of the fence.

Riders in the Pro Open class will be racing for the Rod Allen Memorial Solo Open Trophy, honouring the race announcer who was ‰Û÷the voice‰Ûª of speedway and dirt track racing in the Hunter region for over three decades.

As well as being the long-serving track announcer at the Newcastle Motordrome Speedway, Allen traveled all over New South Wales to dirt track meetings. The Allen name lives on with son Ross and grandson Joel following in Rod‰Ûªs footsteps as race announcers.

What is most pleasing is the line-up for the Pro Open class includes the two best credentialed riders in Australia over the past few years - Luke Richards of Singleton and Jarred Brook of Gympie, who at the Australian Championship meeting at Barleigh Ranch last August shared the wins across all five senior classes of racing.

Brook was the standout at last year‰Ûªs Trackmasters while this will be the first time that Richards has contested this meeting for a number of years. That duo will not have things all their own way though with a talented array of riders, of varying ages, also entered.

Paul Caslick is 50 years young but still a threat whenever he races , while former Australian champion Damien Koppe from Townsville is entered along with the local contingent including several teenagers, like Boyd Hollis of Thornton and Mackenzie Childs of Valentine, who are in the next wave of exciting young talent to move in to the senior ranks.

Dirt Track Sidecar racers will be chasing the George Watson Memorial Trophy, honouring the multiple title winning star of the 1970s and 1980s.

While George built up his great record, in the late 1970s he was accompanied to race meetings by his son Chris Watson who went on to be the most successful rider in this discipline of the sport.

On top of the older teenagers in the senior ranks, all the junior classes will show off the rich vein of talent who are progressing through the ranks.

Billy Van Eerde from Singleton has been the outstanding junior rider in the country over the past two years but will face tough opposition from riders from as far afield as the Whitsunday and Melbourne.

This will be the Hunter club‰Ûªs only open meeting for the year to follow on the success of the 2016 Australian Championship meeting.