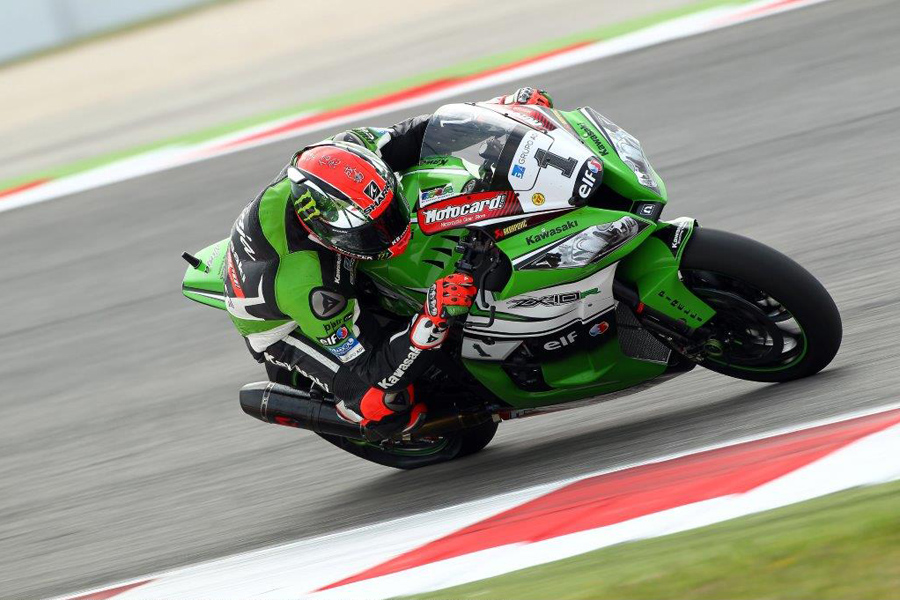 After a gap of a month the FIM Superbike World Championship will get underway this weekend at a race meeting which could be pivotal for all three KRT riders as Tom Sykes, Loris Baz and KRT SBK Evo rider David Salom head to France

For 2013 champion and current series leader Tom Sykes Magny Cours was the place where he just missed out on the championship by half a point in 2012, before he went on to win a double that helped propel him toward champion status at the final round last season.

Magny Cours is a favoured circuit for Sykes and one that seems to suit his Ninja ZX-10R even more than most, as he has won three of the last four WSBK races to have been held in France.

With eight race wins already this year ‰ÛÒ making a career total of 22 - Sykes will be out to defend his championship lead of 31 points in the best way possible, by setting out to win the races in France.

‰ÛÏA big weekend coming up and it is potentially getting down towards crunch time." Sykes said. "I am very relaxed and yet also excited to go to Magny Cours. It is a circuit we have done very well at in the past so I am looking forward to getting back on my Ninja ZX-10R.

"Despite scoring a podium in race two at Jerez we had a few issues at the previous round, especially in race one, so I am hoping we can be a lot stronger this time out. At this present time we are in a good championship position with the biggest margin for error.

"Hopefully we can stretch it a bit more this weekend," he added.

Magny Cours is the most important race of the season for Loris Baz, and the French rider‰Ûªs only home venue on the championship trail. He missed the event last year because of injury and is keen to make the best possible showing in front of what is traditionally a strong and enthusiastic crowd. It will also be the final race of the season to be held in Europe, with the championship finale taking place in Qatar in early November.

Like Sykes in the full SBK Class, David Salom is the leader of the Evo category inside the full SBK grid. The Spanish rider has an impressive 41 point lead over his nearest Evo rival and is 12th overall in the combined standings, which include all the SBK competitors. He has made a good recovery after an operation on his long term right hand injury and feels strong for the two 21-lap races this coming Sunday.

After Magny Cours there will be a one-month gap before the final races of the year, to be held under floodlights for the first time, at the Losail circuit in Qatar. Raceday will be Sunday 2 November.

Top Image: It is Crunch time for SBK points leader Tom Sykes who will be aiming to stamp his authority on this years title in France