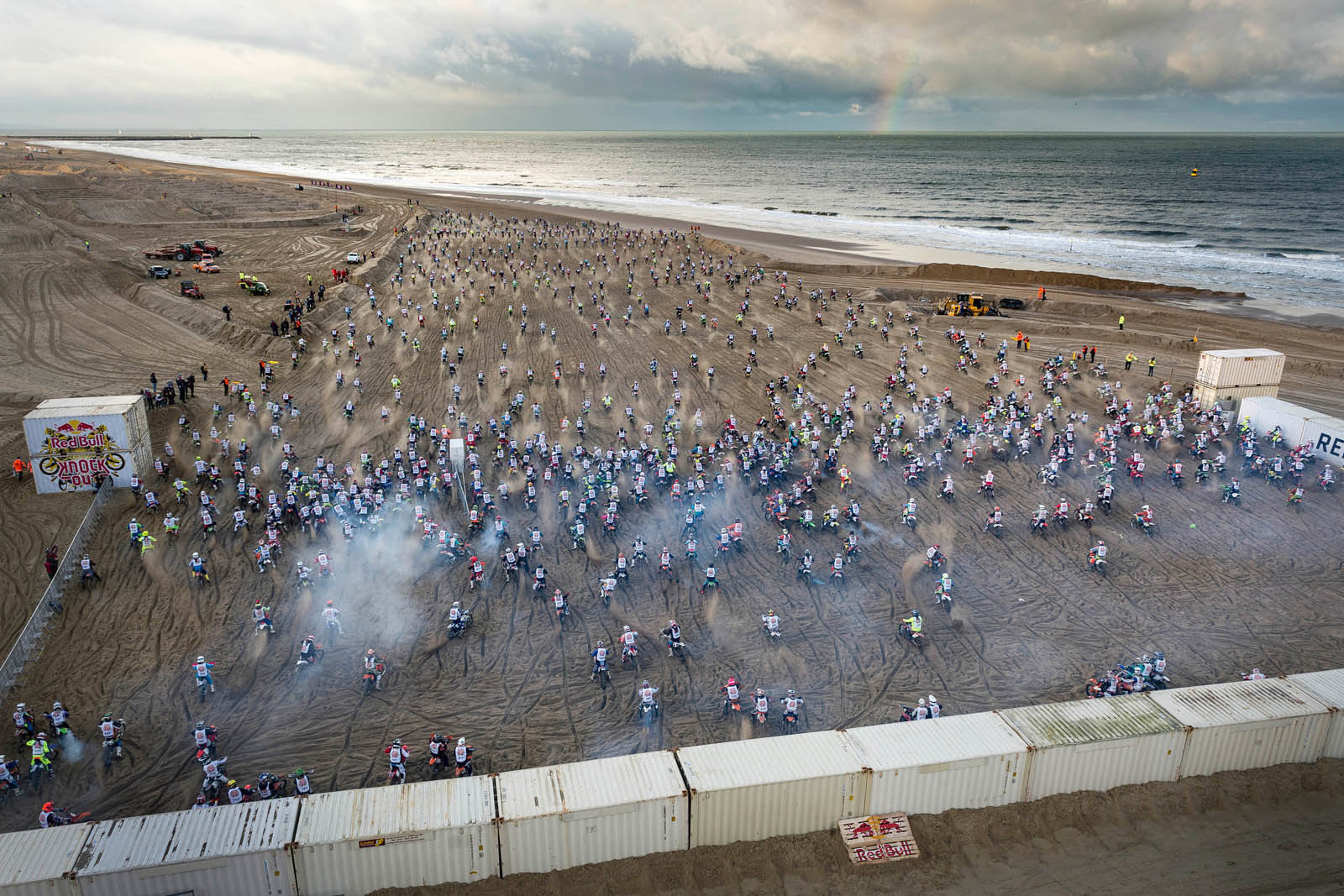 1000 riders will compete in Red Bull Knock Out with an estimated 150,000 spectators expected to be on hand to watch some crazy action. Photo: Future7Media
It‰Ûªs crunch time for the World Enduro Super Series title contenders as Red Bull Knock Out hosts the eighth and final round of the 2018 championship.

After seven hard-fought races, the outcome of this year‰Ûªs battle to become the ultimate enduro champion will be decided on the shoreline of Scheveningen, in The Netherlands. Following a season of Hard Enduro, Classic Enduro and Cross-Country racing, the Red Bull Knock Out‰Ûªs Beach Race will complete this year‰Ûªs inaugural multi-discipline Enduro championship.

At the top of the standings it‰Ûªs Billy Bolt who holds a 275-point advantage over Germany‰Ûªs Manuel Lettenbichler. With Josep Garcia in close contention in third, it ensures all will be decided on Saturday, November 10th. 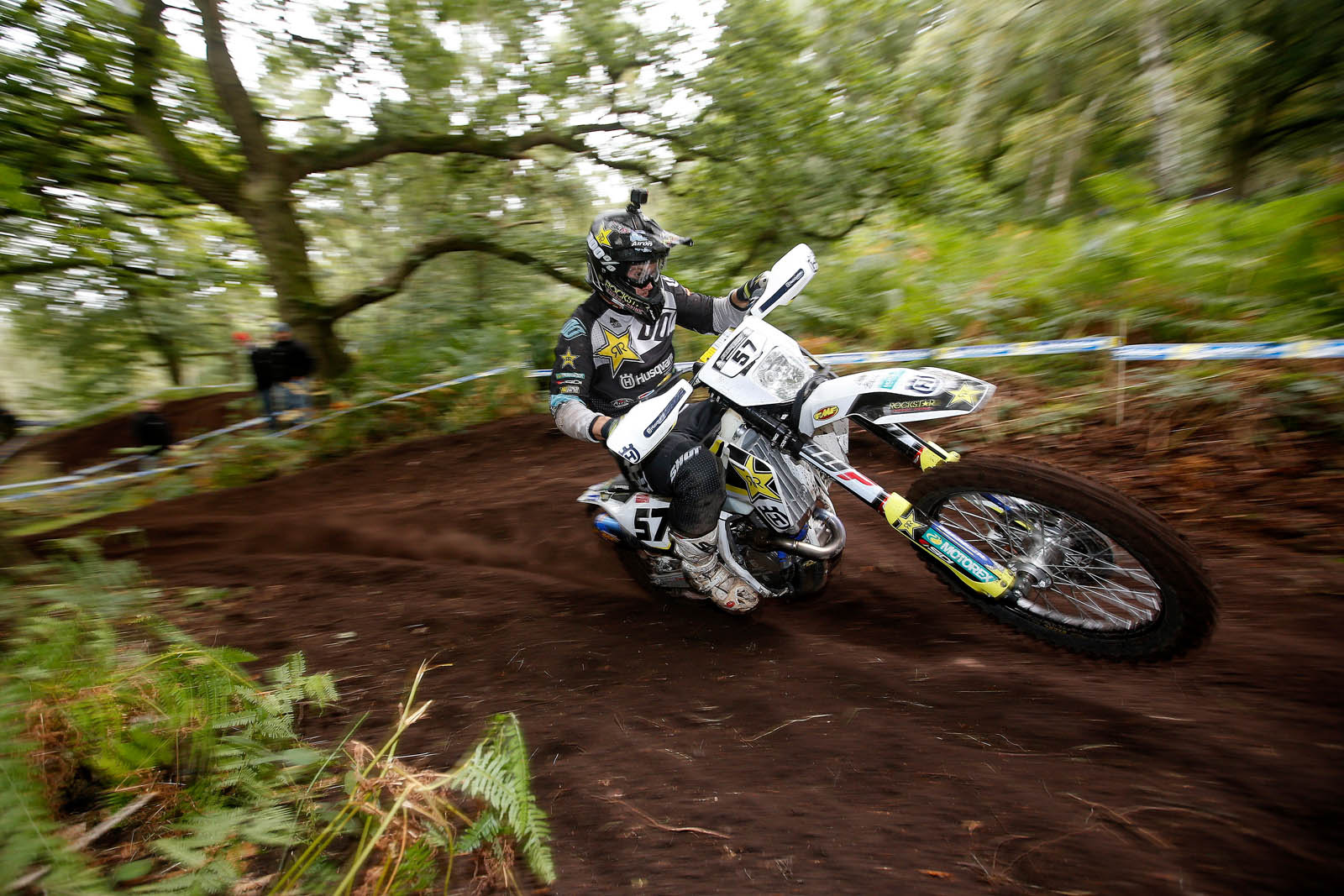 Brit Billy Bolt holds a 275-point advantage over Germany‰Ûªs Manuel Lettenbichler heading into the final round. Photo: Future7Media
Ready to play host to this year‰Ûªs championship outcome, 1000 competitors are eager to battle it out at the sixth edition of the Red Bull Knock Out. Split into two parts, the one-hour morning qualifier will see the entry go head-to-head for a place in the afternoon‰Ûªs main event.

The two-hour Red Bull Knock Out Final for the 750 qualified riders - broadcast live on Red Bull TV - sees an added twist to Beach Racing with the inclusion of a technically demanding X-Loop during the final hour of racing.

With a virtual grasp on this year‰Ûªs title, Bolt is looking to put his best foot forward in the Dutch sand. Although most at home in Hard Enduro, the British rider recently dipped a toe in Beach Racing finishing a very impressive third overall at Weston Beach Race in the UK. Keen to show that result was no fluke. 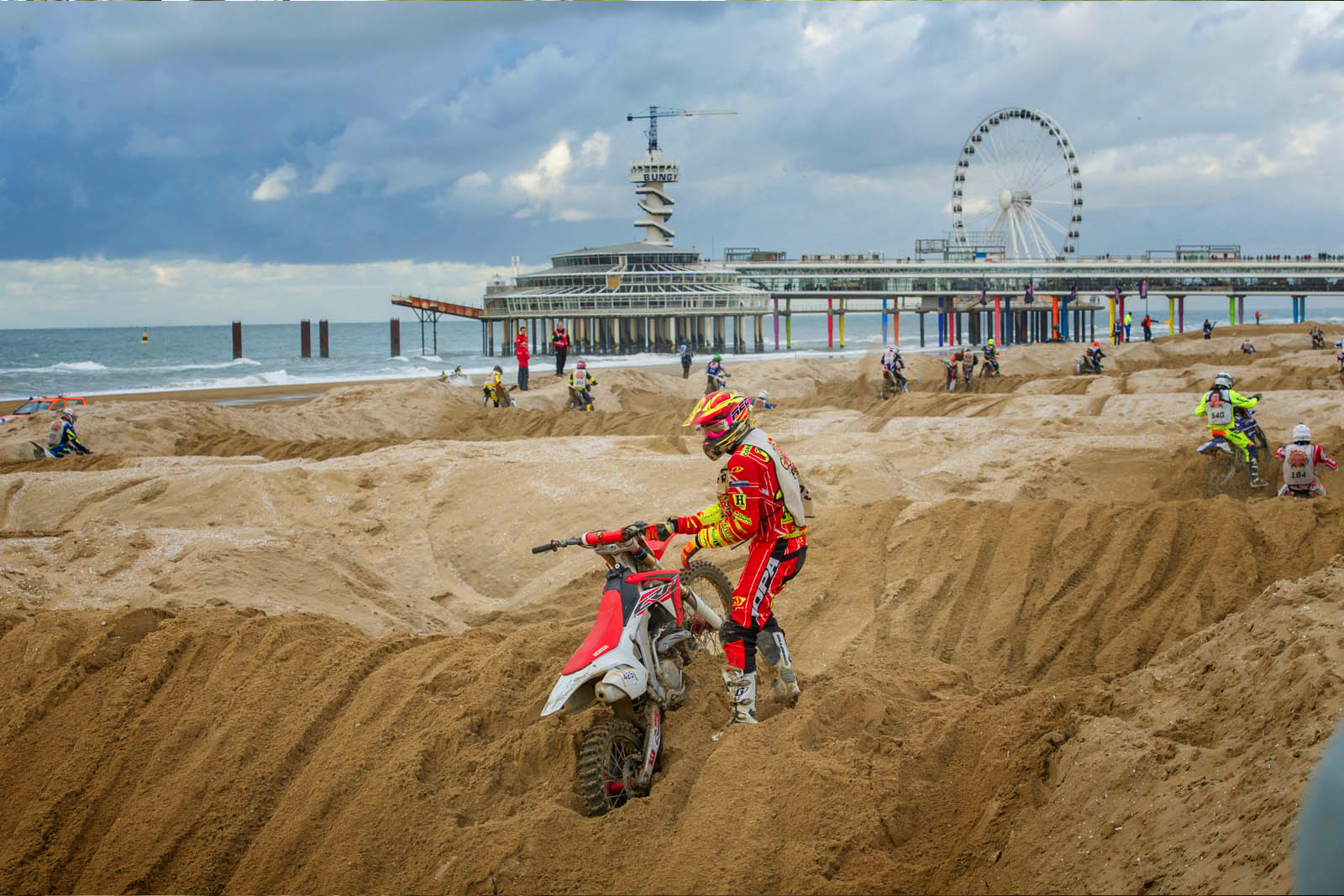 There will be plenty of hardship with over 2500 truck loads of extra sand are required to build the tough 5km course. Photo: Future7Media
Despite a late race crash during round seven, which dropped him to 43rd, Lettenbichler maintains his position of second overall in the championship standings. A rider who has turned heads time and time again this season, the German is most certainly capable of a strong result in The Netherlands.

Third overall and gaining ground on the leading duo during the second half of the season, Garcia is within hustling distance of Bolt and Lettenbichler. Beating both championship rivals at rounds six and seven, Garcia reduced his points deficit in this year‰Ûªs title chase.

Ready once again to play spoiler in the mix, the Spaniard will be eager to use the sizeable entry to his advantage and pick up many more valuable points. Despite lying just 25 points behind teammate Garcia in fourth, Taddy Blazusiak exacerbated an already injured finger at round seven and looks set to become an unfortunate spectator at this weekend‰Ûªs finale.

While Bolt, Lettenbichler and Garcia are favourites to decide the outcome of this year‰Ûªs championship, it‰Ûªs Britain‰Ûªs Nathan Watson who starts with his sights set on a debut WESS victory. Sixth overall in the standings, Watson has been patiently waiting all season for the Red Bull Knock Out. Already twice a runner-up in the Dutch Beach Race, the Brit is a contender for the top step of the podium. A win at round eight could also see him leap dramatically upwards in the final classification.

Arguably one of the most versatile riders in the series, privateer Paul Bolton currently lies seventh overall heading to The Netherlands, while Gas Gas Factory Racing‰Ûªs Lars Enockl completes the top 10. Despite missing the opening two rounds due to injury, Spain‰Ûªs Alfredo Gomez is now 13th, with Estonia‰Ûªs Rannar Uusna 14th. 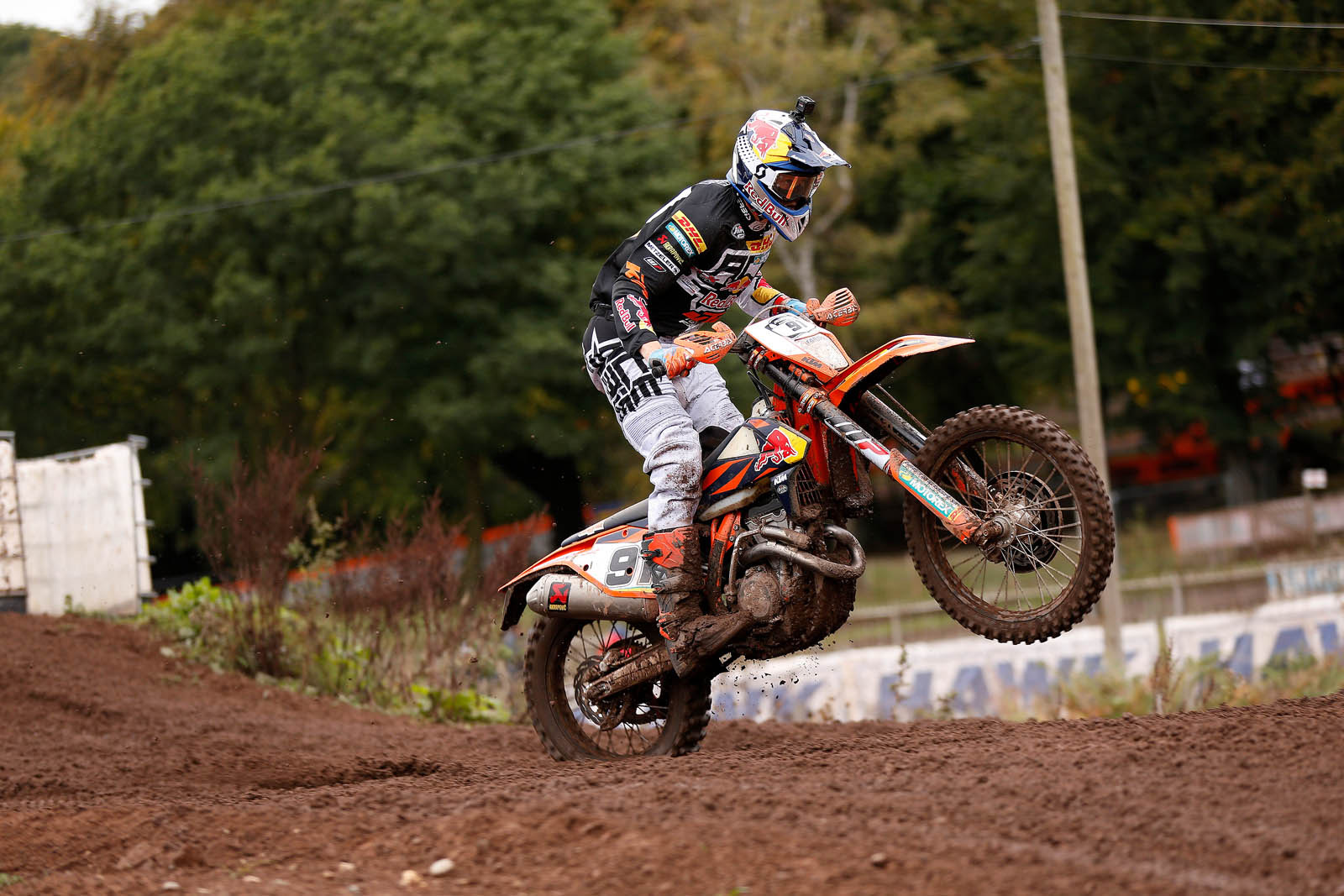 Manuel Lettenbichler will be gunning for Billy Bolt to try and steal the championship at the final round. Photo: Future7Media
With 1000 riders signed up for the final round of the 2018 season, there are some notable wildcard entries who are sure to ruffle the championship contenders. Seventh in this year‰Ûªs MXGP Motocross World Championship and home favourite, Glenn Coldenhoff tops that list. Beach Racing specialist and Red Bull Knock Out winner in 2015, Belgium‰Ûªs Axel van de Sande (Yamaha) will aim for victory number two.

France‰Ûªs Camille Chapeliere, Yamaha's Milko Potisek and Yentel Martens are Beach Racing specialists who are sure to shine in the sand. Former Motocross World Champion and winner of the event, Yamaha mounted Steve Ramon is a rider never to be counted out. Making a guest appearance at the final round of WESS, extreme sports athlete Robbie Maddison will also compete in Saturday‰Ûªs Red Bull Knock Out.

Todd Kellet - three-time winner of Britain‰Ûªs Weston Beach Race - is set to add some spice to the mix, while Jamie McCanney - runner-up in the 2018 Enduro 1 World Championship - completes a world-class line up of riders.

Footnote:
The Red Bull Knock Out, round eight of WESS, will be broadcast in a live show on Red Bull TV from 13.15hrs CET on Saturday, November 10. Available in four languages - English, German, French and Dutch - Jonny Walker and Antoine Meo will be the show‰Ûªs expert guests for English and French speaking viewers. 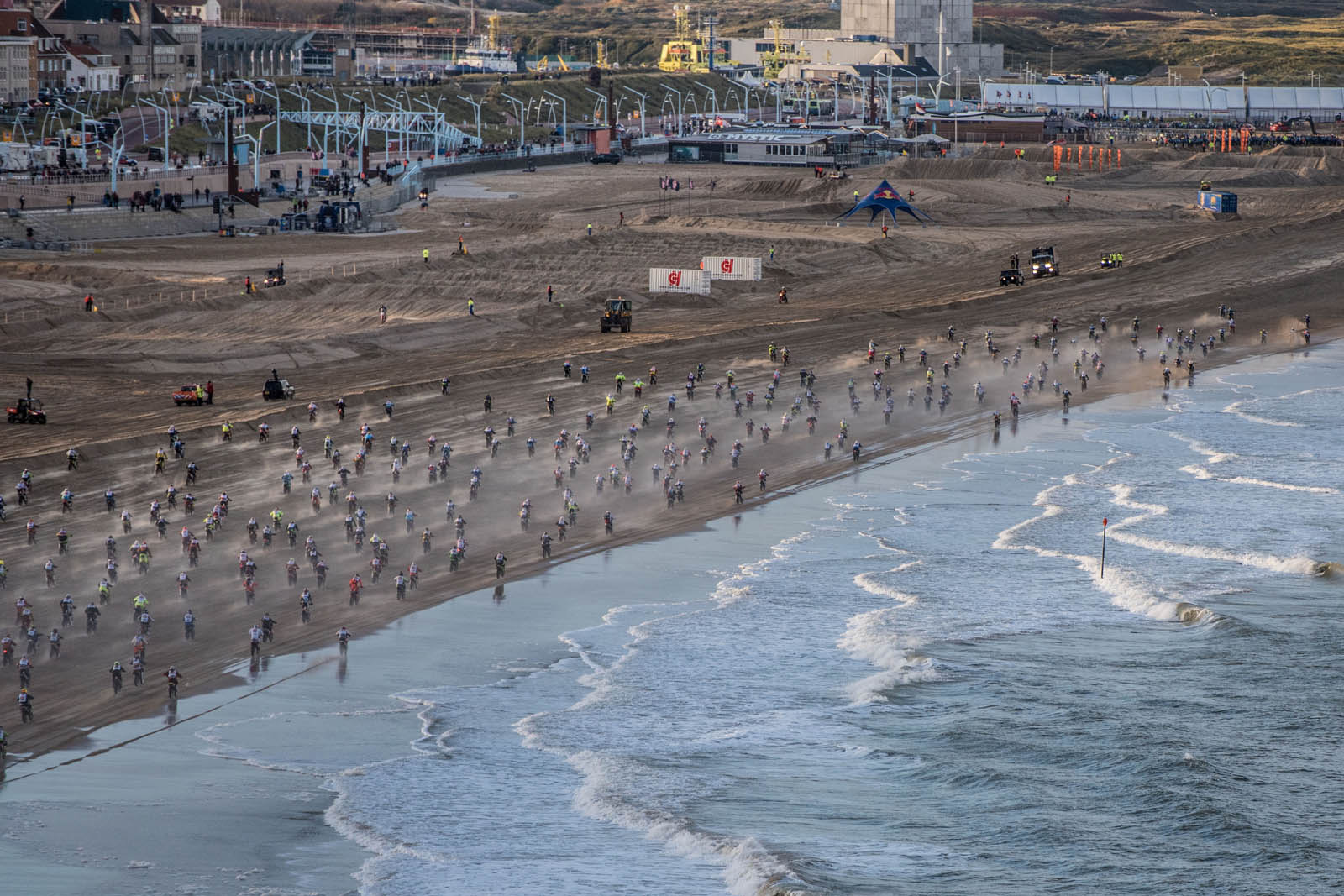