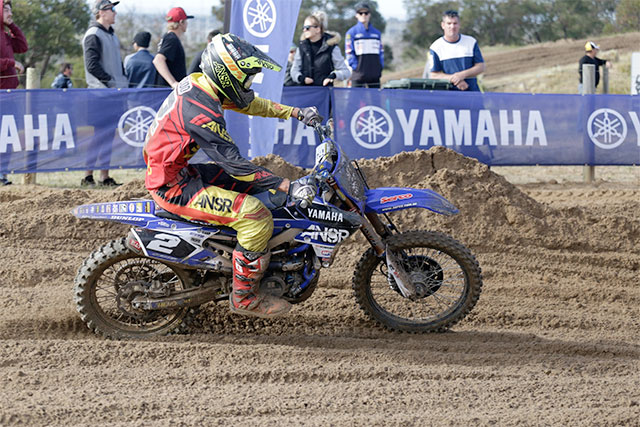 The brutal Wanneroo circuit in WA made for a challenging round five of the MX Nationals with the Serco Yamaha duo of Wilson Todd and Wade Hunter working tirelessly in the deep sand only to have crashes cost them a good result for the day.

MX2 rookie, Wilson Todd, continues to show that he has the speed to burn and on the right day is arguably the fastest MX2 rider in Australia but with a crash in race two and again in race three, the young gun continues to do his best work at the rear of the field as he charges his way forward.

Todd finished seventh for the round with 5-10-6 results in the three moto format. His lap speed in each moto is right up with the front runners, but a crash in moto two whilst charging inside the top 10 dropped him back several positions. While being caught up in a first turn incident set him back in moto three.

Despite the issues faced on the weekend, Todd still holds down fifth place in the championship and is up- beat about his riding.

‰ÛÏThe sand over here is tough and it‰Ûªs difficult to prepare for a sand track like this but I felt I rode the track its self well. My starts weren‰Ûªt great and as a result, I ended up back in the pack and getting caught up with other riders.

‰ÛÏI have a lot to learn and each round I think I learn a little more. To be sitting fifth after the first half of the series is good, now my focus is to eliminate the mistakes and be stronger in the second half of the championship,‰Û 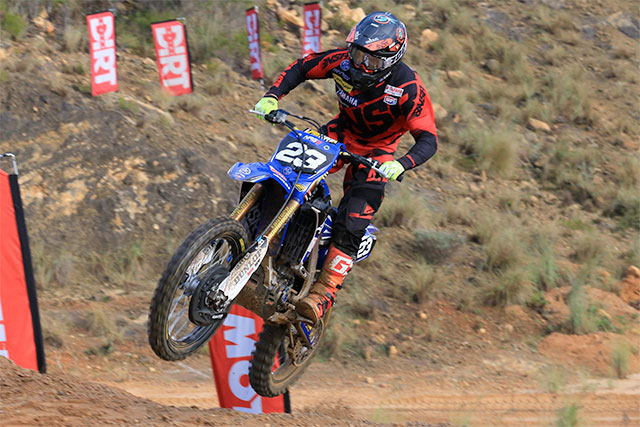 Wade Hunter
Wade Hunter rounded the day out in 10th place also suffering from falls during the three races. Hunter finished with 9-6-20 results but was challenging for top five positions in each race.

‰ÛÏIt was a frustrating day for me and the results don‰Ûªt show what I can do on the track. In race one I was right there and trying to pass into fifth when I hit a rider and went down then a similar thing happened in race three.

‰ÛÏMy goal was to put three top five results together today and I felt I was capable of doing that so I‰Ûªm a little disappointed that it didn‰Ûªt happen. But we have a five week break now and I will continue to work hard and get back to my best,‰Û