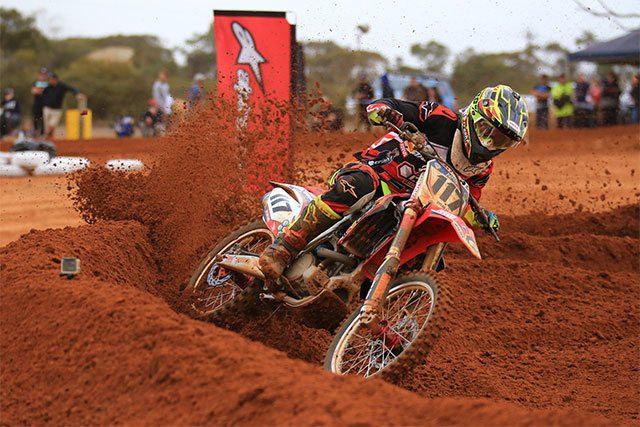 The Crankt Protein Honda Racing Team are looking forward to leaving Murray Bridge behind them, after a tough outing at round four of the Motul MX Nationals yesterday.

Despite heading to the fourth round with adequate training and confidence under their belts, both Honda mounted MX1 pilots Dylan Long and and Jay Wilson, experienced mixed results at the South Australian venue.

In race one for Long, a bad start forced him to have to make his way through the talented field of riders to eventually cross the line in 9th. In moto two, a small crash whilst battling at the front forced Long to drop positions, however recovered to finish in 7th.

‰ÛÏRound four has been pretty average for me to be honest,‰Û 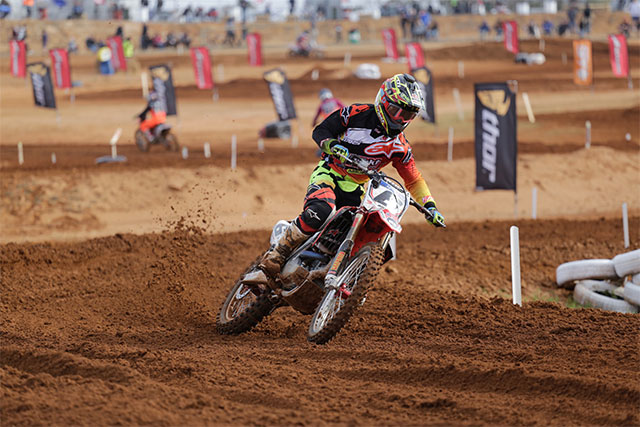 Jay Wilson
Jay Wilson unfortunately experienced his first ever MX Nationals DNF in race one after coming together with a track marker, damaging his front brakes and forcing him to return to the pits. In race two Wilson made the best of a challenging situation, to conclude just outside the top ten in 12th.

‰ÛÏRound four was not what we were expecting, I hit a marker on the track in the second turn and it damaged my front brake caliper ‰ÛÒ I had no choice but to pull in because my brakes were locked on,‰Û