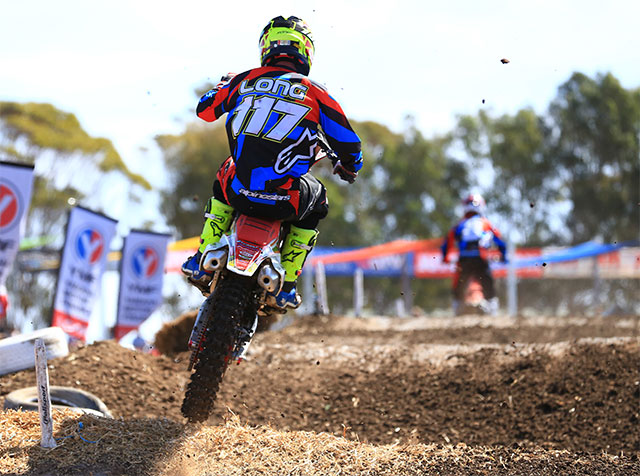 The Crankt Protein Honda Racing Team is preparing to head to Appin in New South Wales, for round two of the Motul MX Nationals this Sunday April 17, with both Dylan Long and Jay Wilson looking more and more comfortable on their Honda machines.

After the team‰Ûªs debut in Horsham only two short weeks ago, where the pair both finished inside the top ten in the MX1 class, both Long and Wilson will be looking to step things up again this weekend, as the series heads to the famous Appin circuit south of Sydney.

Dylan Long, who is based out of Benalla in Victoria, now has a successful season opener under his belt, and is looking forward to going racing with the Crankt Protein Honda Racing Team at round two.

‰ÛÏI‰Ûªm feeling really good about this weekend. It‰Ûªs been good to build off the result at Horsham and if all goes to plan, we will be able to step things up at Appin this weekend,‰Û 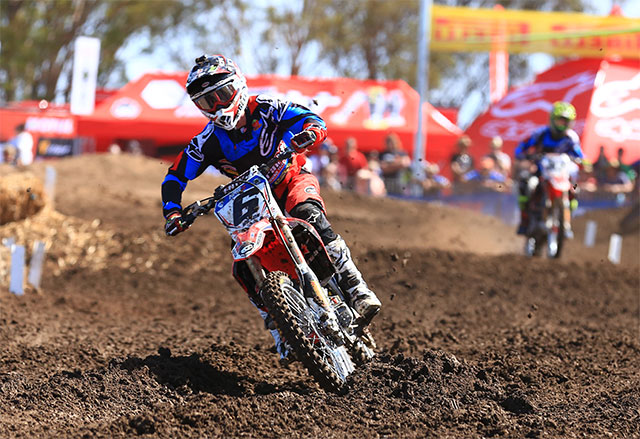 Jay Wilson. Photo: Rhys Van Slooten
Jay Wilson, who managed to secure an impressive fourth place in Superpole at the opening round of the Motul MX Nationals, shared that he‰Ûªs looking forward to returning to one of his favorite tracks, Appin, aboard his Honda CRF450.

‰ÛÏIt was good to get round one out of the way - we know exactly where we are at now and the team and I have been working on a few bits and pieces during the last two weeks to perfect things,‰Û