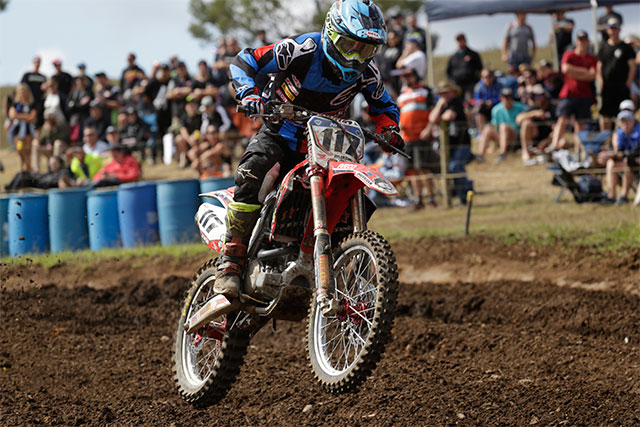 The Crankt Protein Honda Racing Team fought until the very end at Appin yesterday, with both Dylan Long and Jay Wilson once again finishing inside the top ten in the MX1 class, at round two of the Motul MX Nationals.

Despite the pair getting to a slow start in qualifying, when racing kicked off it was a different story, with both Long and Wilson pushing hard in the experienced field to put vital championship points on the board.

Long, who despite a tough moto one where he finished in 11th place, fought to redeem himself in moto two, eventually concluding the race in seventh position. With the two results to his name, Long wrapped up the round in ninth overall aboard his Crankt Protein Honda CRF450 machine.

‰ÛÏIt wasn‰Ûªt too bad of a round at Appin. In the first race I really struggled and pumped up a bit, so I didn‰Ûªt finish where I would have liked to in moto one,‰Û 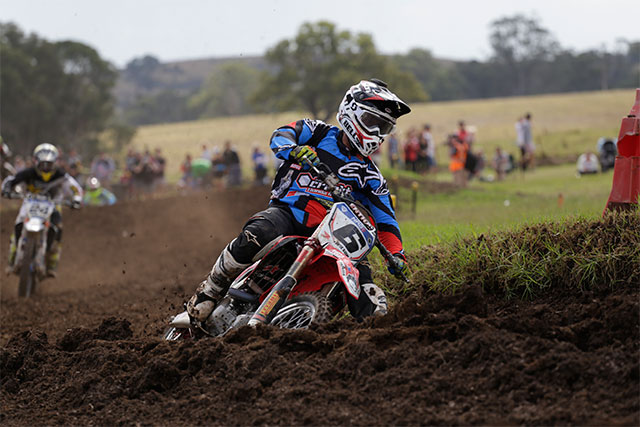 Jay Wilson
For Jay Wilson in race one, the 21-year-old got to a flying start and was riding inside the top five for the opening few laps, however when the race reached the half way point, a small mistake caused Wilson to crash, forcing him to lose valuable positions - eventually concluding the race in ninth. In moto two, the Appin circuit had formed up to be tight and technical, and after a middle pack start Wilson wrapped up the final race of the day tenth position.

‰ÛÏI‰Ûªm a bit disappointed with today to be honest, I got two relatively good starts, but I just wasn‰Ûªt able to convert them in to results, Wilson shared.

‰ÛÏWe made some big changes to the suspension from qualifying to racing, which got the bike handling a bit better but we still have work to do if we want to run with these top guys.

‰ÛÏI had the speed to run with the top five for around ten minutes, but after that I dropped back, so we‰Ûªll go back to the drawing board and do some further testing ahead of round three.

‰ÛÏI know where I want to be, and I‰Ûªm going to be working hard in the next two weeks to get closer to that goal.‰Û