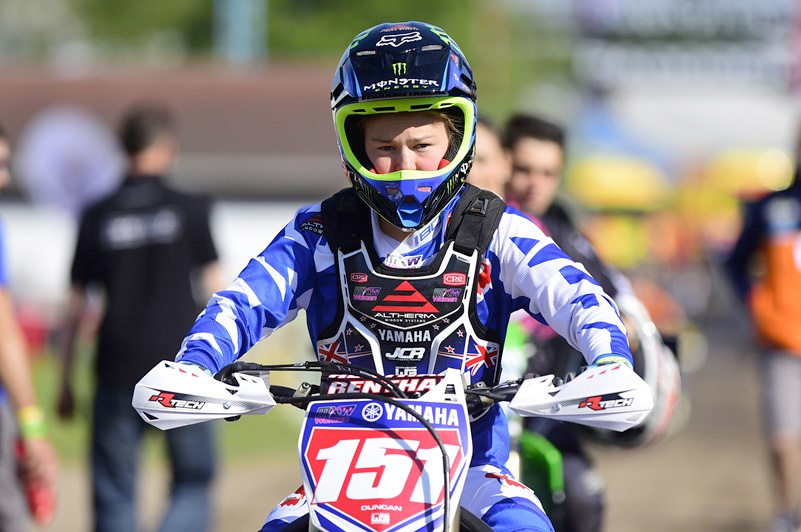 The world championship dreams of Kiwi heroine Courtney Duncan have been smashed to pieces during a disastrous weekend in Germany.

The 20-year-old Otago rider arrived at the Teutschenthal circuit near Leipzig, in Germany, for the third round of six in the Women's Motocross World Championships at the weekend with a solid points lead after winning three races from four starts at the previous two rounds.

But, instead of enhancing her position at the top of the world rankings, as most observers had been predicting, the Altherm JCR Yamaha Racing Team rider was forced to pack up and leave early on Sunday, her championship hopes in tatters due to circumstances beyond her control.

She was unlucky to finish 12th in the first of two races after colliding with a track-side photographer and, badly injured, she was unable to start the second race.

Duncan's championship hopes have been shattered and she has now slipped from first to third overall in the championship standings with only three rounds (six races) remaining.

France's Livia Lancelot won both women's races in Germany, her first victories of the year, and she now leads the women's series with 136 points, with Dutch rider Nancy Van De Ven now second on 125 points.

Duncan has 102 points and it is uncertain when she might be fit to race again. Round four of the series is set for Lancelot's home turf, in France, on just a month's time, on June 5.

"I feel for Courtney." Duncan's New Zealand team manager and mentor Josh Coppins commented. "She showed she had the speed to win, to go out like this is devastating.

"She is scheduled for surgery later this week in Dunedin. She has a ankle and thumb injury. We don't know what GP she will return at but it won't be until she is 100 percent fit. We will know more at the end of the week.

"She is gutted at the moment. It's hard to accept for her but she now has to focus on her recovery."

Coppins also mentioned that there had been some discussion about recriminations for the errant photographer who had caused her crash in the first race.

"I'm not sure there was some talk of credentials being taken away." Coppins added. "To be honest, from outside, it was a mistake which we accept can happen. Unfortunately in this case it has had a huge impact on both Courtney and the team and on sponsors.

"However, nothing can make her healthy and return the points, so we are focused on moving forward."

After round four in France, the women's world series moves to Switzerland on August 7, before it all wraps up at Assen, in The Netherlands, on August 28.