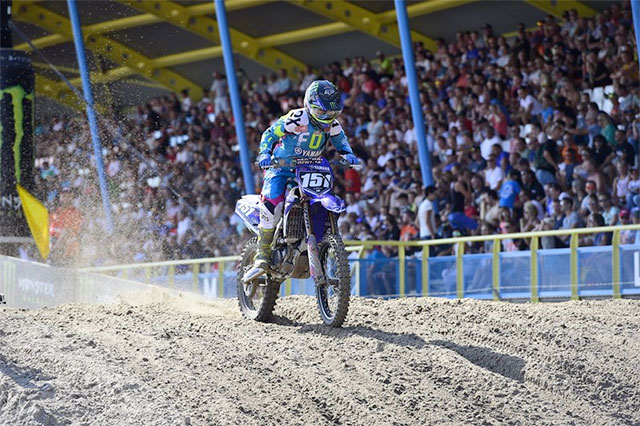 The second of four the round New Zealand Motocross Championships is set for Rotorua this Sunday.

"She has been dealing with a few niggling injuries lately and so the decision was made this week that she should focus her attention on the world championships," Coppins explained.

"She is now 100 percent focussed on the first round of that series (set for Indonesia on March 5).

"I'm not sure at this stage what other New Zealand events she might do, if any.

"As a team, we will continue to target New Zealand titles at the nationals, with (Australian rider) Dean Ferris and (Mangakino's former national champion) Kayne Lamont. We still have Waitakere's Ethan Martens racing in the MX2 class too.

"There is only a certain amount of time and budget that we can spend on these things and we have to allocate to the areas that are most important to us."

There is no reason why Coppins' riders can't collect New Zealand titles this season and, fingers crossed, Duncan will rise up to claim the world title that she was so frustratingly denied in her debut season in Europe last year.

Although at that time the "new kid on the block", Duncan stamped her authority and won five of the 14 races of the 2016 world series, more than any other individual, and this was even after she had been able to start only nine of the races because of an injury, one that she was not in any way responsible for. She'll be out to rectify that, starting next month.