The first race of the weekend was Saturday where we saw Shana Van der Vlist lead the early laps but she dropped positions starting on lap 4 to the heavy hitters and title contenders of MX Fonta Racing‰Ûªs Kiara Fontanesi, Altherm JCR Yamaha‰Ûªs Courtney Duncan, and Team One One Four‰Ûªs Livia Lancelot. 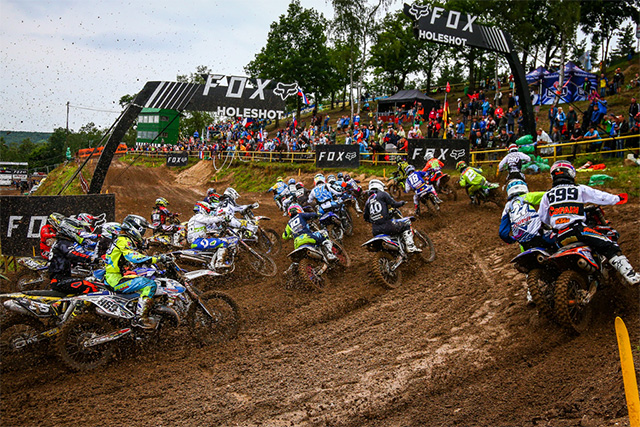 The large WMX field head into a muddy battle.
Courtney Duncan had an incredible race coming 8th position on the first lap to a make well timed pass on Kiara Fontanesi only two corners before the finish and win.

Following the top two was Nancy Van De Ven who briefly ran second after she passed a struggling Livia Lancelot. At the finish Larissa Papenmeier rounded out the top 5 just ahead of KTM Silver Action‰Ûªs Amandine Verstappen.

Sunday‰Ûªs race 2 started with a holeshot from Verstappen who was chased by race 1 winner, Duncan. Duncan stayed on the back of Verstappen for the first half of the race before losing traction in a corner and going down, and while she didn‰Ûªt lose the position she did drop 16 seconds off of the lead.

Behind Duncan and Verstappen, it was Fontanessi charging forward from a 6th on the first lap to the back wheel of Livia Lancelot in 3rd. The two prior champions eventually came together after Fontanesi‰Ûªs inside line faded to the outside and into Lancelot.

With both Lancelot and Fontanesi going down Nancy Van de Ven and Nine Six Four‰Ûªs Nicky Van Wordragen capitalized by taking over 3rd and 4th. The #114 and #8 both managed to keep their bikes running and each remounted to finish 5th and 6th with Lancelot ahead of Fontanesi. Up front Amandine Verstappen lead every lap and took her first ever race win good enough for 2nd overall. 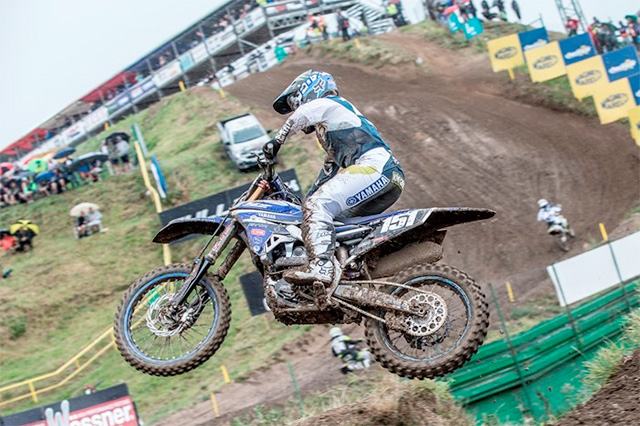 "I got a terrible start actually and got pushed wide on the first corner and had to come from really far back," said Duncan afterwards.

"In my sighting lap I knew that it was really slippery, so I knew I just had to be patient on the first opening laps so I didn‰Ûªt risk any passes on the other riders. I found my way to fourth and then just took it from there,‰Û