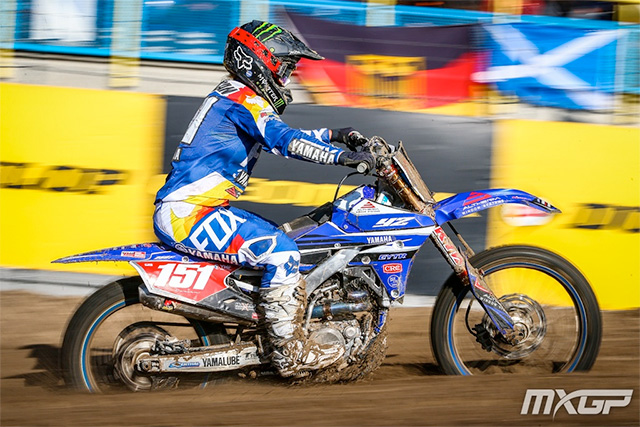 Courtney Duncan refuses to accept defeat, despite her losing her place on the top of the world motocross standings at the weekend.

The Altherm Yamaha Racing Team rider from Palmerston, NZ, endured a difficult weekend at the fifth round of six in this season's Women's Motocross World Championships (WMX) at Assen, in The Netherlands, on Saturday and Sunday.

With only one round remaining, the French GP at Villars-sous-Ecot this coming weekend, the slump could not have come at a worse time for the 21-year-old, but the championship chase is still far from over with just five points to separate the top four riders.

Duncan led the 2017 championship standings after the opening round in Indonesia in March, but she has had to deal with several set-backs since then, reclaiming the top position in the Czech Republic in July.

She arrived at the sand-based Dutch GP circuit with a slender three-point lead over fellow Yamaha star and 2015 women's world champion Kiara Fontanesi, of Italy.

Duncan finished fourth in both the WMX races, the man-made circuit constructed on the infield of the famous road-racing facility, and this caused her to slip off the top of the series standings and down to second overall.

Duncan is now two points behind the new leader, fellow Yamaha hero Nancy van de Ven, the Dutch rider who made the most of racing in front of her home crowd by winning both races at Assen. 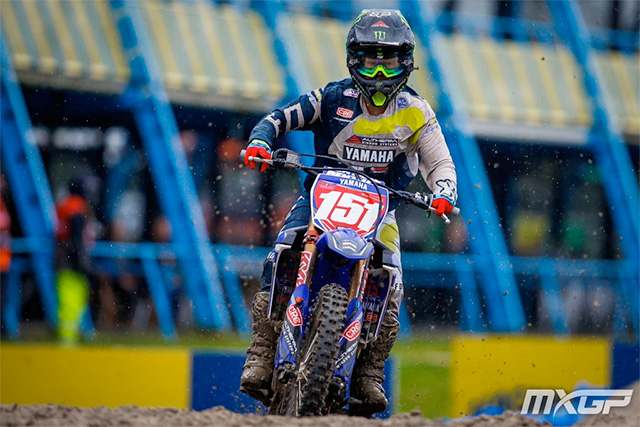 "Obviously it was a bad weekend and, to be honest, she didn't ride well and made too many mistakes. This is making the championship tight and putting her under a lot of pressure.

"The think now pressure goes on the other three top riders too because whomever wins in France can win the title.

"It has been a little bit tricky because she tore the meniscus (cartilage) in her knee in the GP in the Czech Republic and there was only limited training that we could do after that.

"But that's no excuse because she still did enough training. She was strong enough to win and her knee didn't bother her on race day. She will still require surgery after the French GP. She just struggled with her rhythm after not being able to race for eight weeks.

"Courtney is obviously pretty disappointed because she's made it hard for herself.

"It's going to be an exciting weekend in France and I'm going to be hard on her in training this week. It's going to be up to her. She can still win the championship, but she needs to bring her 'A game' (to France), that's for sure."

Duncan was philosophical about her latest set-back.

"This weekend was a difficult one for me. It was just one of 'those' weekends where I felt a little bit off," said Duncan.

"I struggled to ride like I can. I am looking forward to the final round. The speed is there, my starts are there, we've just got to sort a few things out and I am sure that everything will be fine. Not every weekend is good, and this was just one of 'those' weekends.

"It was by far the worst race of the season but it is what it is. We've already turned the page. I'm taking this as motivation and moving forward."