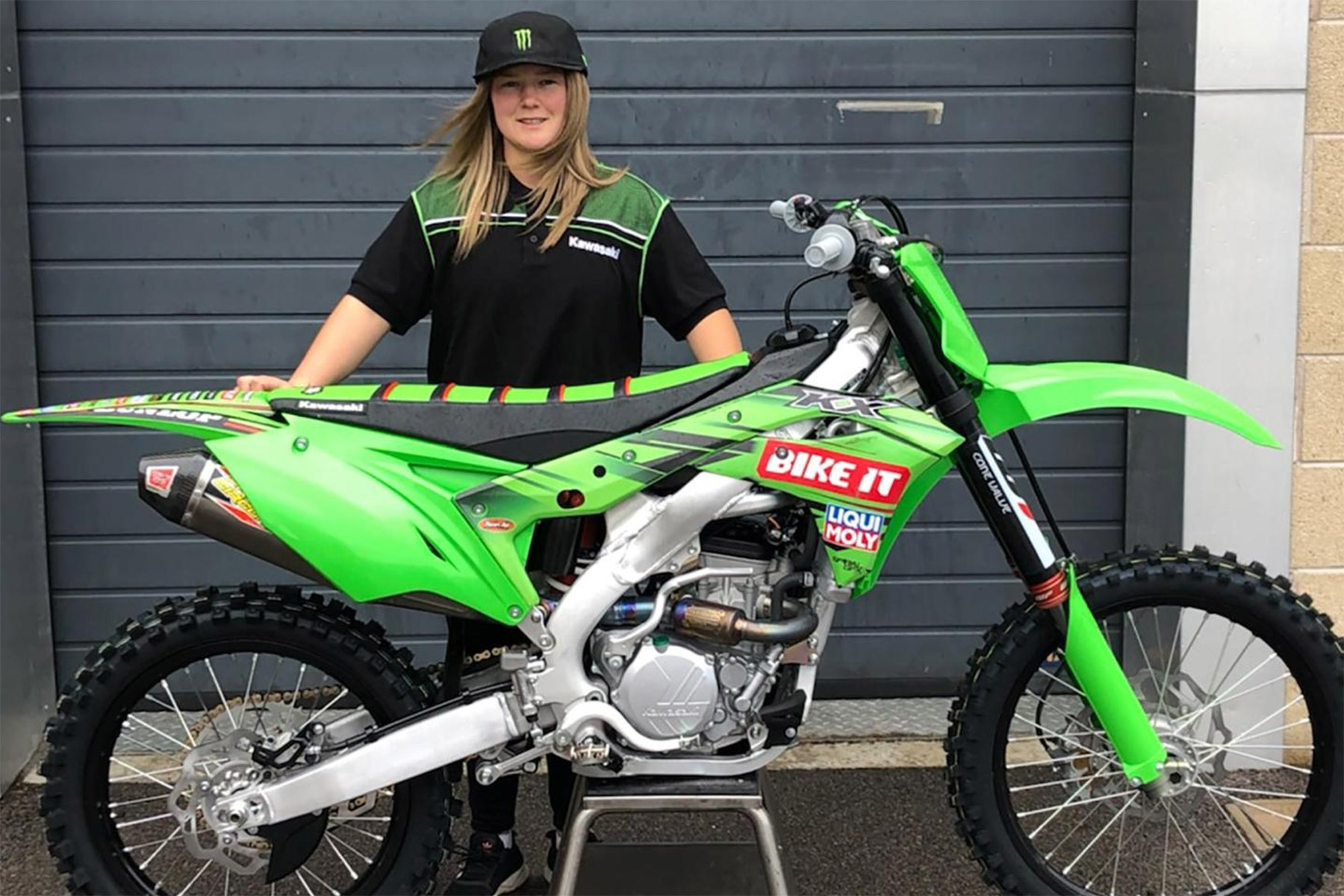 The twenty-three-year-old has been a major protagonist in the series since her debut three years ago, claiming an amazing seven GP victories and fourteen heat wins from just fifteen starts within that short space of time. Twice she was denied the world title through injury and lost the title by just two points on the other occasion.

More determined than ever to finally achieve her goal Courtney has made the conscious decision to join the highly-experienced British Kawasaki squad run by Steve Dixon to race a KX250 alongside male teammates Darian Sanayei from the USA and Brazilian Gustavo Pessoa in a truly international squad. Apart from the GPs Courtney, currently in Europe to prepare for the GP season, will also race in her native country with the support of Kawasaki New Zealand.

‰ÛÏI‰Ûªm stoked to announce my signing with the Bike It DRT Kawasaki race team," Duncan said. "They've given me an awesome opportunity and I'm very motivated to put them on top in 2019. A fresh start is what I needed and I couldn't be more excited than to do that with Kawasaki. Kawasaki New Zealand have also come on board to support me at home, for which I am also very thankful.‰Û