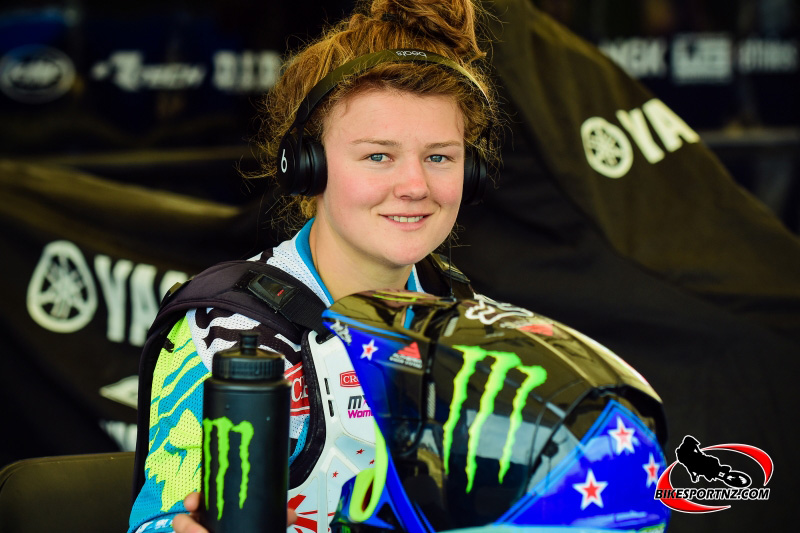 This event is also the first round of six in the Women's Motocross World (WMX) Championships, a series that will again feature New Zealand heroine Courtney Duncan.

It was with terribly mixed emotions that the South Islander wrapped up her 2017 WMX campaign in France last September. The Altherm JCR Yamaha Racing Team rider lapped all but one rider in the final race of the year, but she ultimately had to accept the No.3 position in the world championship standings.

The young woman from Otago will now be out to settle a little unfinished business, starting with the first of six WMX rounds at Trentino, in Italy, this weekend.

The 22-year-old from Palmerston is now completely recovered from the corrective knee and thumb surgeries she underwent last year and her fight-back to full fitness is progressing well. Duncan has for two consecutive seasons proven herself to be the fastest motocross woman on the planet, but, twice in a row, she has been forced to swallow a bitter pill.

She was sensational when she burst onto the WMX scene for the first time in 2016. Although the "new kid on the block", Duncan stamped her authority and won five of the 14 races of the 2016 world series, more than any other individual that year and this was even after she had been able to start only nine of the races because of an injury, one that she was not in any way responsible for.

Duncan crashed on a jump while leading at the German GP in May that year, the third round of the world series, after clipping an errant photographer who had been standing out on the track. The wrist injury she suffered forced her out of the following five races as she underwent surgery and she then took more time off to recover, those lost points ultimately costing her the 2016 crown.

It was messy tinkering with results that cost her the crown last year. She crashed on a muddy uphill while leading the penultimate race of the season at the French GP last September and the race was then stopped, further racing declared impossible.

A rearrangement of the points followed, but, instead of that race result being wound back one lap, granting Duncan the win because she had been leading at that time, she was controversially credited only with sixth position.

On day two in France, Duncan dominated. She lapped all but one rider, including lapping the just-crowned new world champion, Italian rider Kiara Fontanesi, but the points denied to her by the previous day's reshuffle saw Duncan drop to third overall for the season.

"I need to be smarter this season," said Duncan. "I still have the same mind-set I have always had ... I want to win races ... but I'll also be thinking a lot more carefully about the risks I might have to take to achieve that.

"I just need to consistently keep putting points in the bank."

"It would have been fairly clear to everyone involves that Courtney was the world's fastest female these past two years. If she can minimise her mistakes, she can win the world title.

"She has to realise that finishing second or third is better than not finishing at all."

After this weekend, the 2018 WMX series continues with five more rounds ‰ÛÒ in Agueda, Portugal (on April 15); at Teutschenthal, in Germany (on May 20); in Italy again, at Ottobiano (on June 17); at Assen, in the Netherlands (September 16) and finally at Imola, in Italy (on September 30).