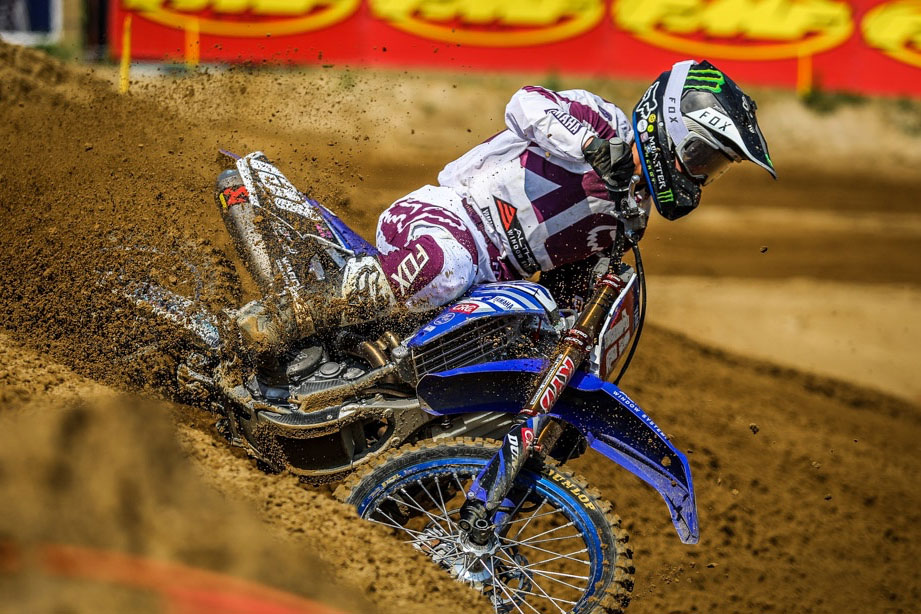 The racing in this fourth round spanned across Saturday and Sunday with technical, sandy, and hot conditions, which saw temperatures reach up to 30degC.

The spectator hill alongside the circuit was full of passionate, cheering fans both days adding to the drama of the intense battles. For 22-year-old Duncan it was indeed tight racing, where her 2-2 score card saw her only miss out on what would have been her third consecutive set of double wins by under 1 second each race.

The Altherm JCR Yamaha rider fell early in the race one on Saturday and had to work her way back forward but by lap nine was closing on leader, and eventual round winner, Van de Ven, who felt the pressure and pushed to second in an attempt to use Papenmeier as a buffer. Duncan showed her world-class grit and determination and not only passed Papenmeier but also found her way around Van de Ven. The charging Kiwi then stormed up to the leader Fontanesi and made a pass but the Italian was able to retake the spot then take the race win over Duncan, Van de Ven, and Papenmeier.

Duncan is fiercely competitive and never happy with second best but she conceded that the most important job at this later stage of the championship is to protect and grow her points.

"Italy was not my best weekend. First moto I made a small mistake on the opening laps which made me really have to work for it. I made my way back to second right behind the leader. It was frustrating because I felt I let that win slip away but we didn‰Ûªt give up and limited the points damage, so from that side I‰Ûªm happy," Duncan said.

Sunday‰Ûªs Race 2 was the first event on the track and while temperatures in general where higher that day, the earlier timing of the race helped keep the women cool. When the gate fell it was again Papenmeier who rocketed off of the start with all the contenders just behind.

Papenmeier had Duncan chasing her along with Van de Ven and Fontanesi in the top four on the first lap. The three Yamaha riders pursued the Suzuki of Papenmeier for the first five laps then all three were able to shift the German back on lap six.

Duncan says there are areas she will look to improve on over the long break until round five at Assen in the Netherlands on September 16.

"Moto two we were up first thing so the track was completely flat and very fast which didn‰Ûªt favour me but no excuses," Duncan said. "It shows I need to be better in the easier conditions and really work on my intensity in the first half of the race, as I feel like those are two of my weak points at the moment."

"However 2-2 on a difficult weekend we can be happy with and actually I extended my lead from 15 points to 21 in the standings, so from a championship perspective that‰Ûªs a real positive. Obviously we can be better but I like the position I‰Ûªm in and excited about the final two rounds," Duncan concluded.

"We prepared for a sand track like it was last year. But it was much harder this year than we expected," Coppins says.

He was impressed with Duncan's race craft, which he credits for her commanding lead in the championship in what is her third season of racing at the top international level.

"Both motos she only lost by around a second. She's disappointed of course after coming off wins but she rode well. She rode smart and controlled her championship," Coppins concluded.