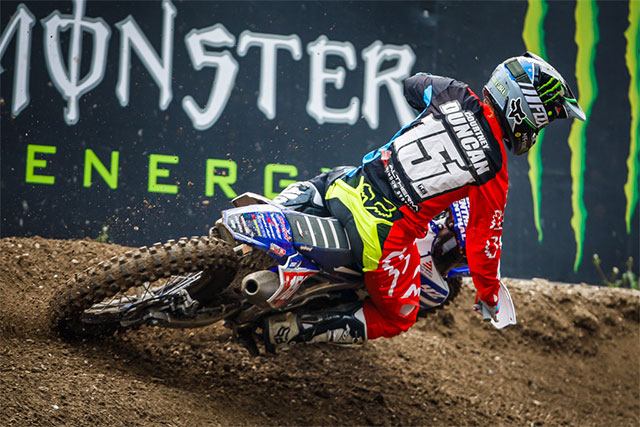 New Zealand's Courtney Duncan continues to lead the Women‰Ûªs Motocross World Championships after a difficult time at round two of the series in Italy at the weekend.

The 21-year-old Altherm JCR Yamaha Racing Team rider finished 2-3 in her two WMX outings, but this was still enough for her to extend her championship lead from one point to six over the new No.2 woman in the title chase, fellow Yamaha star and Italy's defending world champion Kiara Fontanesi.

This second of six rounds in the WMX series in Trentino was a frustrating one for Duncan, who likes nothing better than to dominate her rivals.

‰ÛÏI put myself in good positions in both the races. I was in the lead halfway through each race and made a silly mistake in both of them, which cost me dearly,‰Û 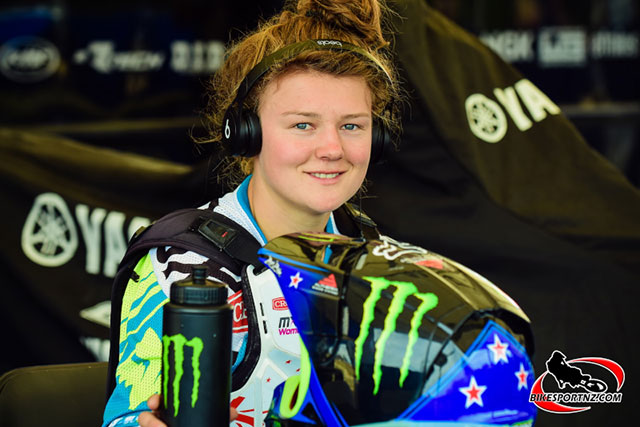 Otago's Courtney Duncan (Yamaha YZ250F), still on top of the world championship standings. Photo by Andy McGechan, BikesportNZ.com
In Sunday‰Ûªs second race, it was simply a matter of who could make the fewest mistakes would take victory.

Van De Ven grabbed the holeshot and led the early stages, while Fontanesi applied pressure to Van De Ven and passed her.

However, a few moments later, Fontanesi went down in a corner, tumbling over a berm. The challenges for Van De Ven then continued to grow as Duncan was next to make a pass.

The Kiwi was riding at a blistering pace, but was unable to maintain it, going down while leading for a second time. Van De Ven also went down in the race but both riders recovered lost ground, Van de Ven moving to fourth and Duncan to third.

For the overall podium, Duncan‰Ûªs 2-3 finishes handed her the runner-up spot for the weekend, behind Fontanesi, who had finished 1-2, but one step up from French Kawasaki rider and former world champion Livia Lancelot (5-1).

Duncan said there were positives to take away from the two races.

‰ÛÏThe speed was really good and I still have the red plate (as the WMX points leader). I have six weeks before the next round to learn and get better and hopefully come back swinging and in fine form for France.‰Û