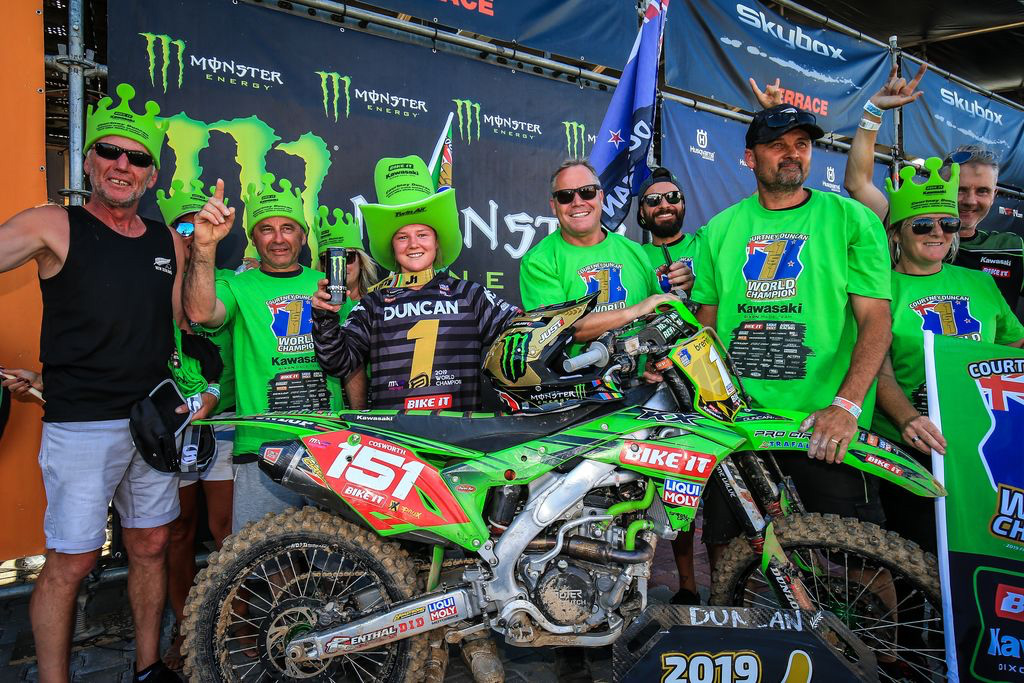 Courtney Duncan has done it ‰ÛÒ crossing the finish line of the Women‰Ûªs Motocross World Championship‰Ûªs first race, punching both firsts in the air, index fingers pointed skyward in the international symbol for number one.

After riding immaculately throughout the MXGP of Turkey‰Ûªs 20-minute, plus two laps race, the New Zealand sensation stamped her global dominance on the 10 other WMX riders, winning it by a whopping 12.818secs and earning herself an unassailable lead, with one race still to run.


An emotional Duncan entered the pit lane area on her Kawasaki KX250, where her British-based Kawasaki team Bike It Dixon Racing Team (DRT), friends and family were waiting to envelope her with hugs. She shouted out one word that summed up the three long, hard years she has been waiting for this moment. 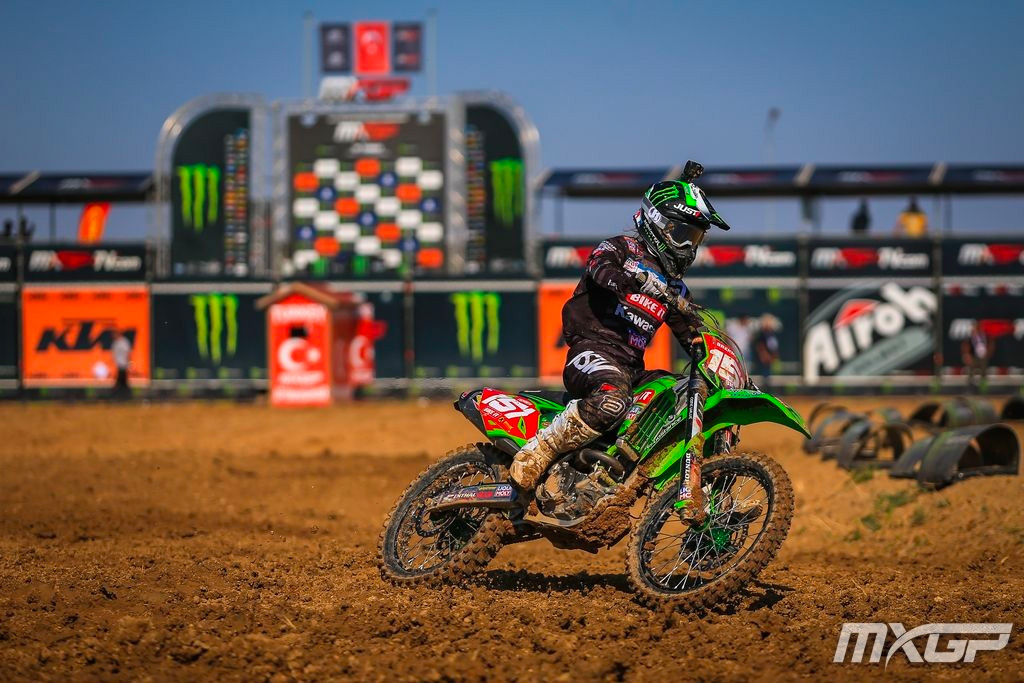 Courtney Duncan on her way to wrapping up the 2019 WMX World Title in Turkey.
Duncan picked up the maximum 25 points to bring her total to 214, which is 31 clear of Van de Ven on 183, meaning the last race at 8.30pm tonight (NZ time) is merely a formality. The race win today was Duncan‰Ûªs eighth victory out of nine races this season, where she has been imperious, except for the second race in at the first round in Valkenswaard, Netherlands, where she slipped to fourth.

Duncan credited her new team, new-found motivation and commuting back home to New Zealand between rounds for her iron-clad control of the 2019 WMX season.

‰ÛÏI haven‰Ûªt had to think about the races. I haven‰Ûªt been waiting for them. I‰Ûªve been putting in the work and enjoying life outside of it,‰Ûª‰Ûªshe says.

Contacting Duncan in the early hours of the morning here in New Zealand, it was late in the evening in Turkey. She was still at the track, with her team, soaking it all in.

‰ÛÏI‰Ûªm enjoying the night, just celebrating and enjoying this championship. Everyone put so much work into it ‰ÛÒ it was a big team effort. It‰Ûªs going to take a bit of time to fully settle in, what we have just achieved. I know I‰Ûªm going to look back and realise that this was pretty special.‰Û