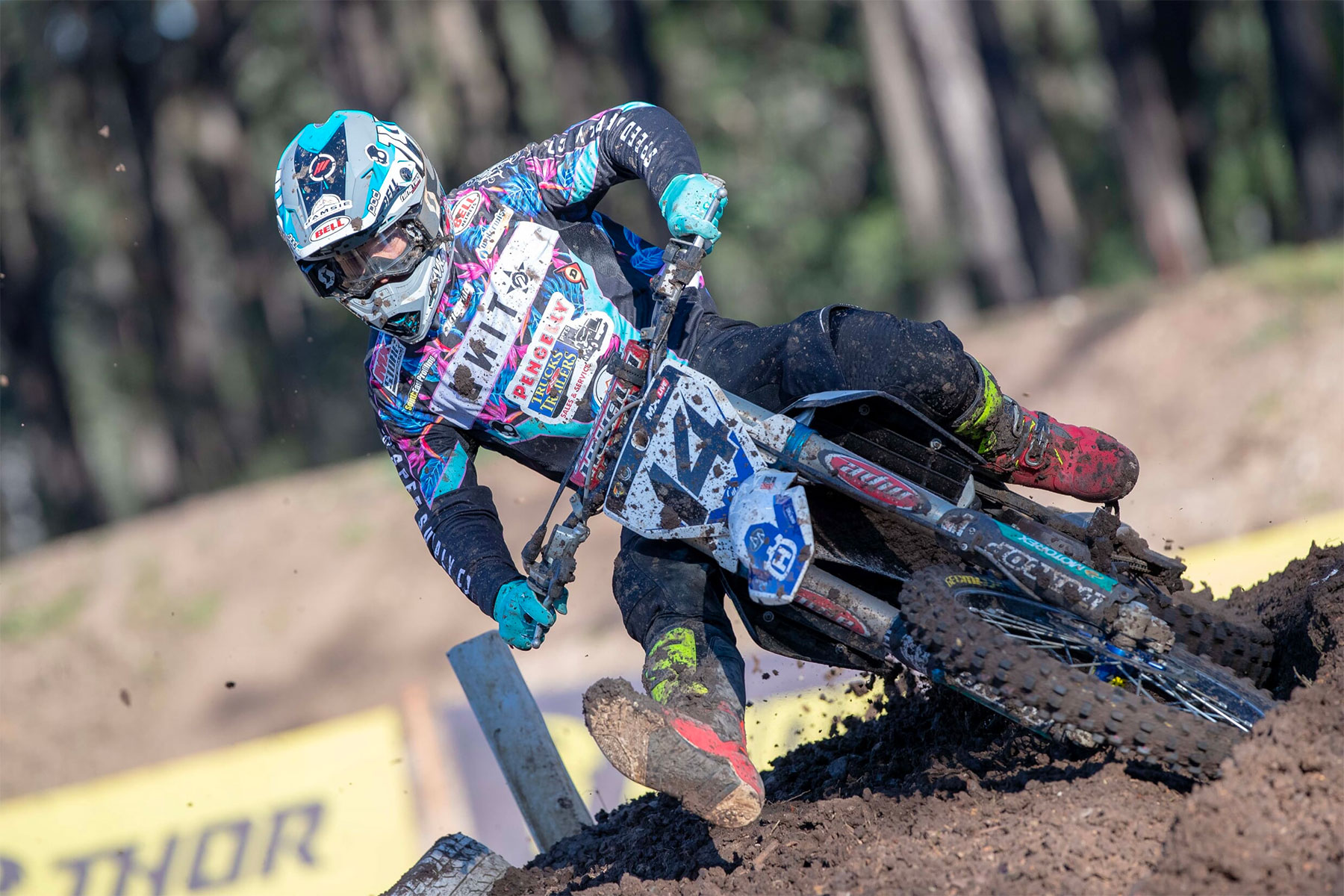 Jesse Dobson remains eighth in the premier class championship standings.
Once again, the only privateer in superpole, and setting a lap time quicker than all-bar-two racers in qualifying, it was a DNF in the second back-to-back sprint moto following damaged sustained in race one, that hurt Jesse Dobsons overall result at round seven of the MX Nationals in Maitland.

With a fifth-place finish in the third MX1 (450cc) race of the day, Dobson closed the event strong, and remains eighth in the premier class championship standings.

"It was an up-and-down day today," Dobson reflected. "I felt really good in qualifying, setting the third fastest time, but a few small mistakes in my Superpole lap gave me the fifth gate pick.

"In moto one, I felt good, coming through the pack to fifth but came together with another rider and went down hard. I managed to finish the race, but as I lined up for the second moto in the back-to-back format, it was clear that we couldn't get the bike straight enough to race in the few minutes we had. Aiden (Porth) fixed up the FC450 as I re-grouped and rested up for the final race of the day where I was able to put a consistent race together to finish fifth.

"I'm happy to finish on a better note but we will continue to work hard and be ready for the last rounds. I can't thank everyone enough for making this possible and being behind me, in particular Aiden for being on the ground with me at every race, allowing me to focus on riding while he makes sure the bike is ready to go. If you catch the Live Stream on NGRTV, of race three, he gives a great little interview!" Dobson concluded.

Jumping straight back into his van, Jesse will drive overnight in order to be available for a photoshoot with UNIT, before settling back into his routine before round eight of the MX Nationals, held in Moree, northern NSW on July 28.