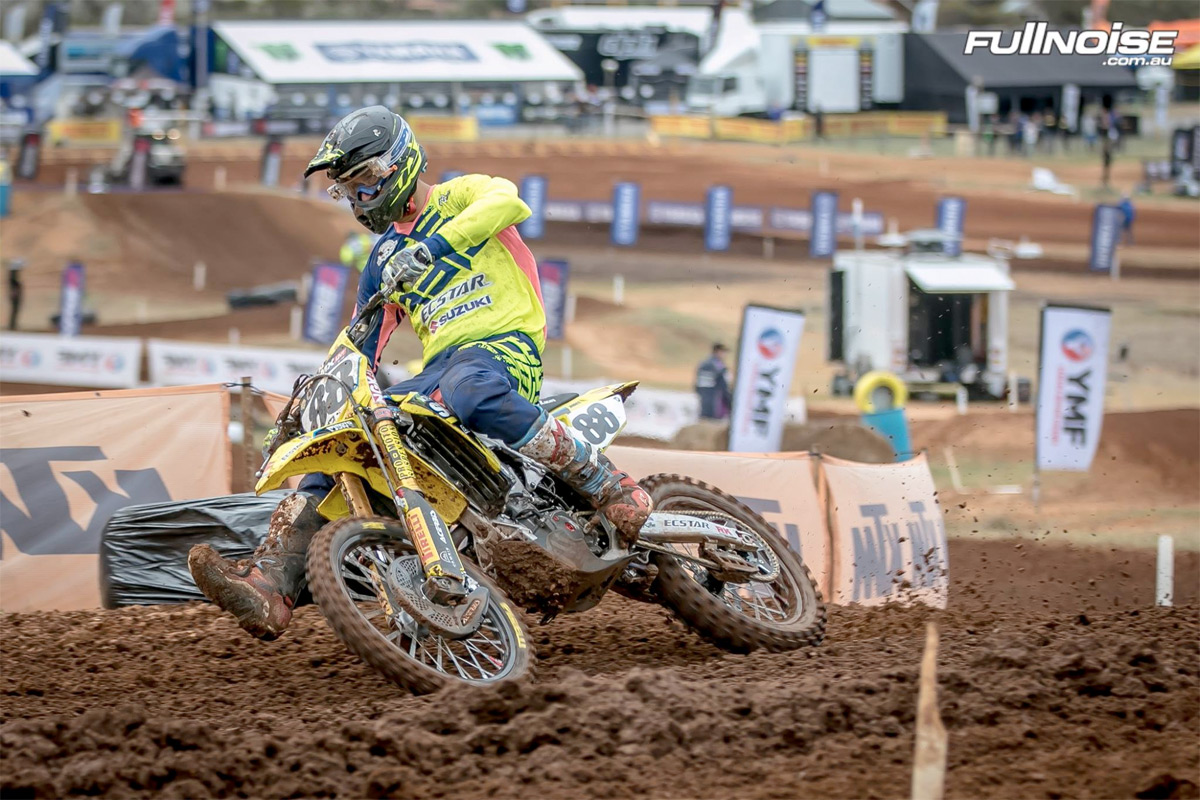 Corey James will fly the flag for the KSF ECSTAR Suzuki racing team at the final round of the 2018 Pirelli MX Nationals being held at Coolum this Saturday and Sunday the 11th and 12th of August.

Corey James has been a standout performer for the KSF team aboard his Suzuki RM-Z450 after being drafted into the squad at round five of the series.

Having an immediate impact with the team, the New South Welshman gave the Suzuki outfit their best result of the season on debut, finishing just outside the top ten at Murray Bridge in 11th position overall and then continued to provide both impressive and improved results including a double top ten overall weekend at rounds seven and eight held at Ranch MX.

At round nine last weekend, Corey once again showed top ten speed, qualifying in 7th position at Gladstone, before a DNF due to no fault of his own, put a momentary halt to his run of excellent results. Bouncing back in moto two, he once again put his KSF ECSTAR Suzuki well inside the top ten, working his way to battle for 8th before settling for 9th position for the race.

‰ÛÏIt has been a great experience racing for the KSF ECSTAR team, and I am happy to be able to reward the team with some good results since coming on board.

‰ÛÏGladstone was looking like it could give us our best results of the year, and it was great to qualify up in 7th position, but unfortunately things did not go our way in the first race. ‰ÛÏWe were able to get back on track for the second moto and finished with another good result.

‰ÛÏI am looking forward to the final round this weekend in Coolum, there is always a great atmosphere at the final round, and it will be good to finish the season off on a high.‰Û