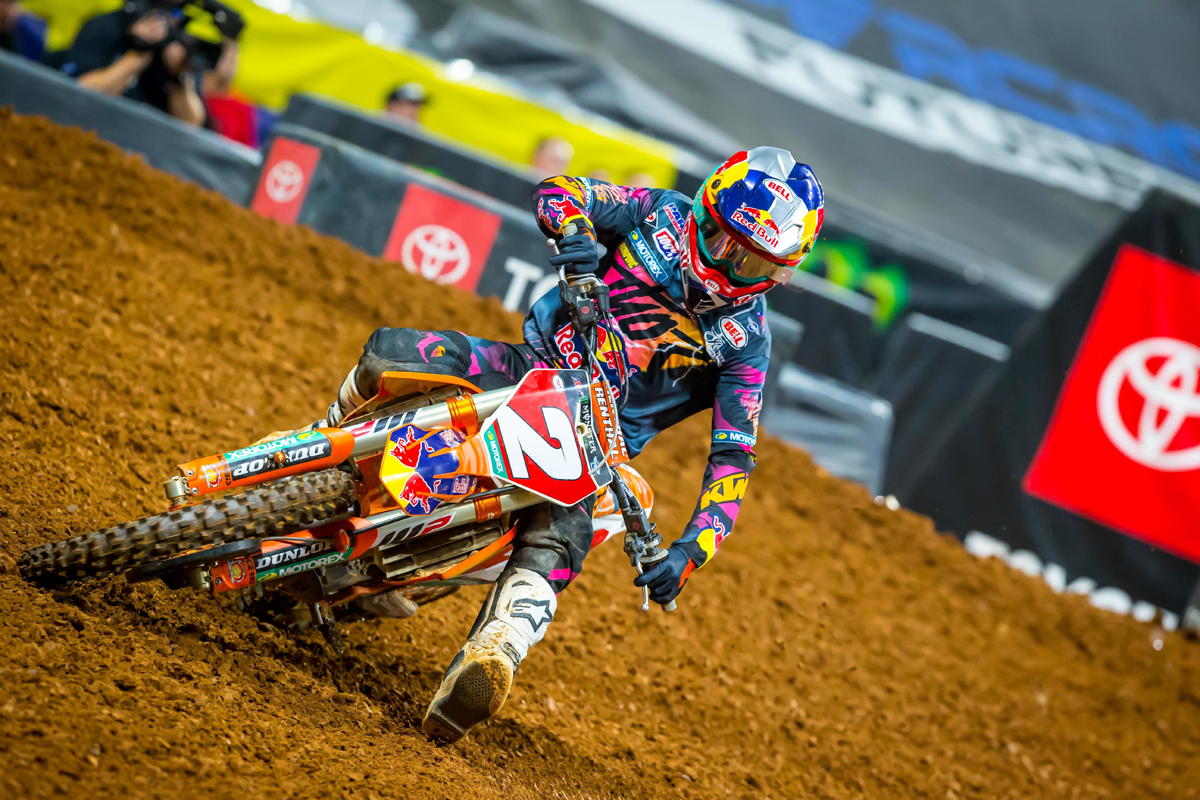 Cooper Webb extended his championship lead with this his fifth win of the season
In an exciting three-way battle, KTM riders swept the 450SX podium on Saturday for Round 9 of the 2019 Monster Energy AMA Supercross Championship in Atlanta.

Webb further extended his championship points lead to 13 after another top night in the premier 450SX division, claiming his fifth victory of the season in Atlanta.

After qualifying fourth, Webb captured a third-place start in 450SX Heat 1 and battled behind his teammate Musquin for most of the race. On the final lap, Webb made a move past Musquin to overtake second for a solid transfer into the Main Event.

As the gate dropped for the Main Event, Webb powered to the holeshot and early lead as he worked hard to break away from Musquin back in second. Webb rode his own race and managed to hold off the hard-charging competition to lead from start to finish and ultimately secure the win by a little more than one second.

"The fifth win of the year is incredible and I‰Ûªm just blessed to be in this position at the halfway point, it‰Ûªs exciting.‰Û 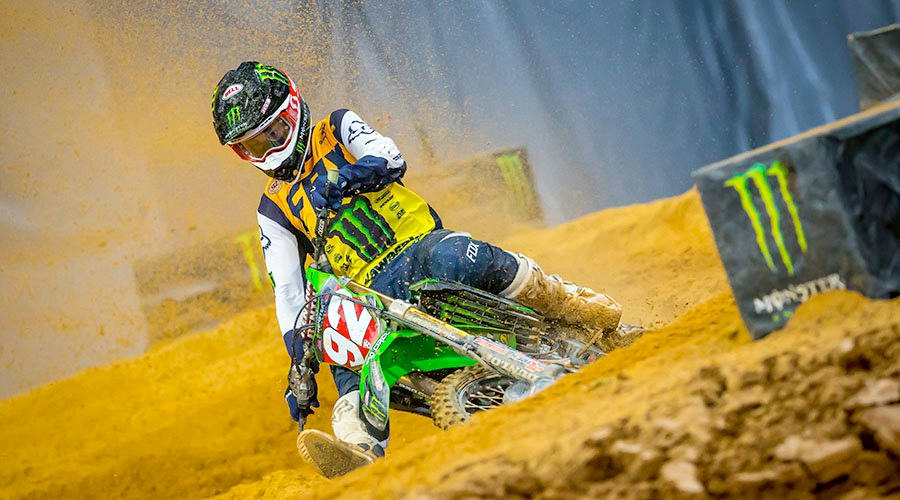 King of the East V West Adam Cianciarulo worked his way from a third position start to win in Atlanta
In the big East v West 250 race it was a pair of West Coast riders who proved to be too good for their East rivals.

When the race got underway it looked as though Austin Forkner would continue his unbeaten run in 2019 after he edged out his Monster Energy Kawasaki team-mate Adam Cianciarulo for the holeshot, before going on to lead Geiko Honda's Chase Sexton in the early stages of the race.

Cianciarulo, who lead the West 250 points chase coming into the round stalked both Sexton and Forkner before striking and moving from third to first by the midway point of the race.

Monster Energy's Dylan Ferrandis followed also made his way by the two front running East 250 riders but was unable to close to the gap to the race leader with Cianciarulo taking his third straight win and extended his points lead over Ferrandis in the West 250 title.

‰ÛÏI learned a lot throughout the day, kept a positive attitude to not let the bad moments of the day get to me,‰Û 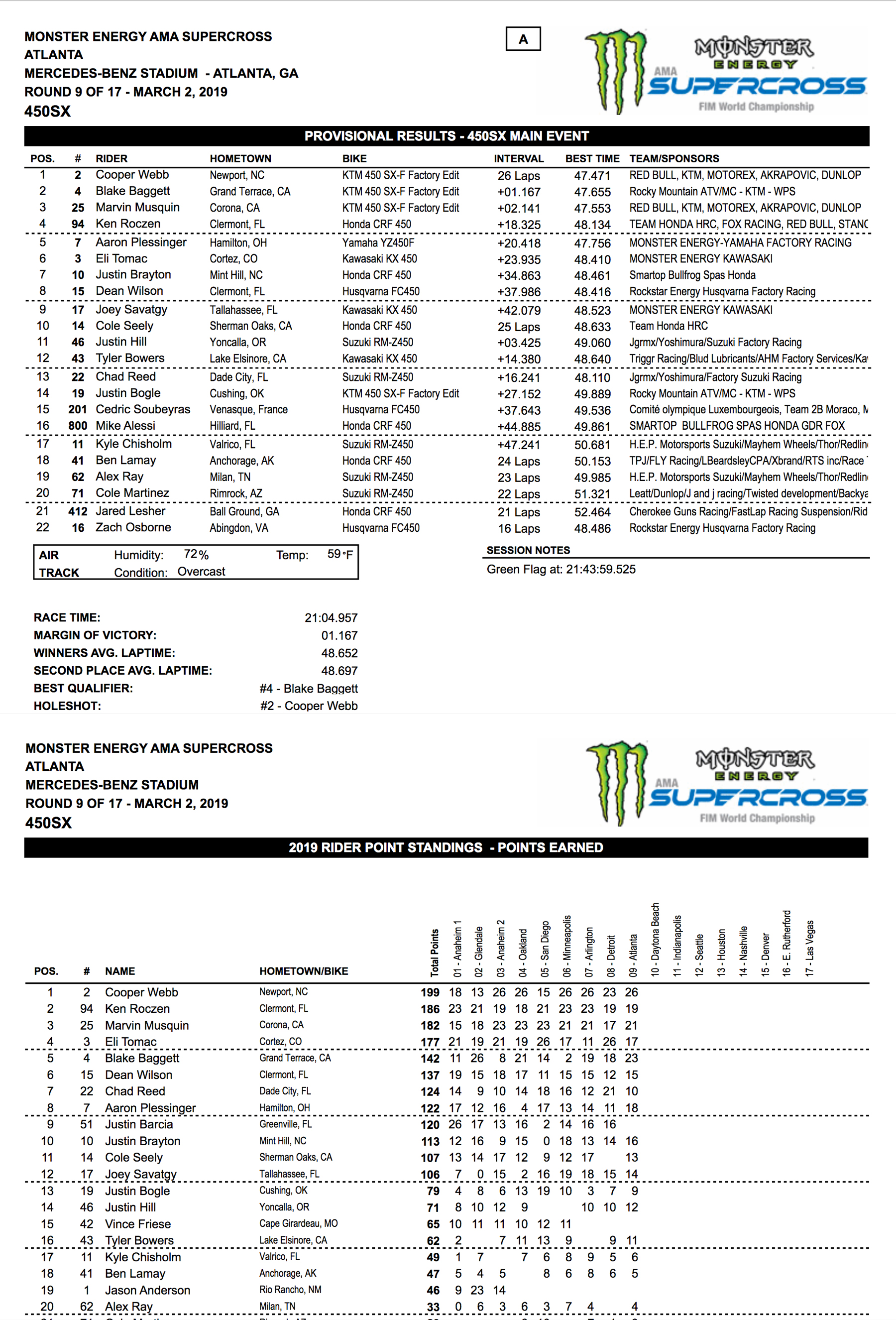 450 SX round results and Championship Standings

250 SX round results and Championship Standings