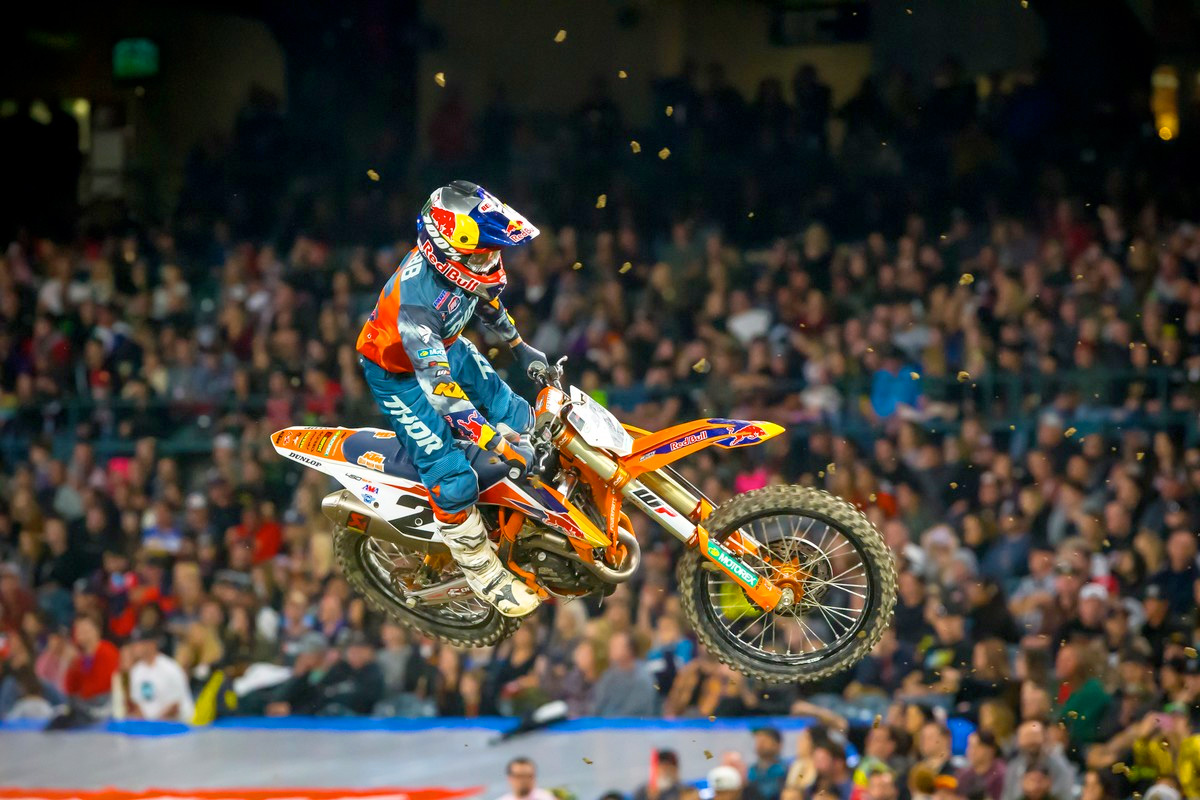 After qualifying sixth fastest the Red Bull KTM Factory rider set the pace right from the start of the season first triple crown event, 3 races of 15 minutes. The 450 class Rookie took the win's in the first two races before settling for third in the final to give him enough accumulated points to claim his first win in the class.

Last weekend I was tenth and that wasn‰Ûªt what I wanted, so I had some redemption this week. But to win is insane ‰ÛÒ to win two races and be on the podium in the last one is incredible!

"I really have got to give it up to the group at KTM, they took me under and they changed everything for me," the 23-year-old explained. "It‰Ûªs been a struggle the last two years, so those guys just constantly pushing me to get back to where I was and reminding me that I still got it. I can‰Ûªt believe it and I‰Ûªll never forget this day. I hope to keep it going, this is an incredible feeling. Man, I‰Ûªm speechless.‰Û 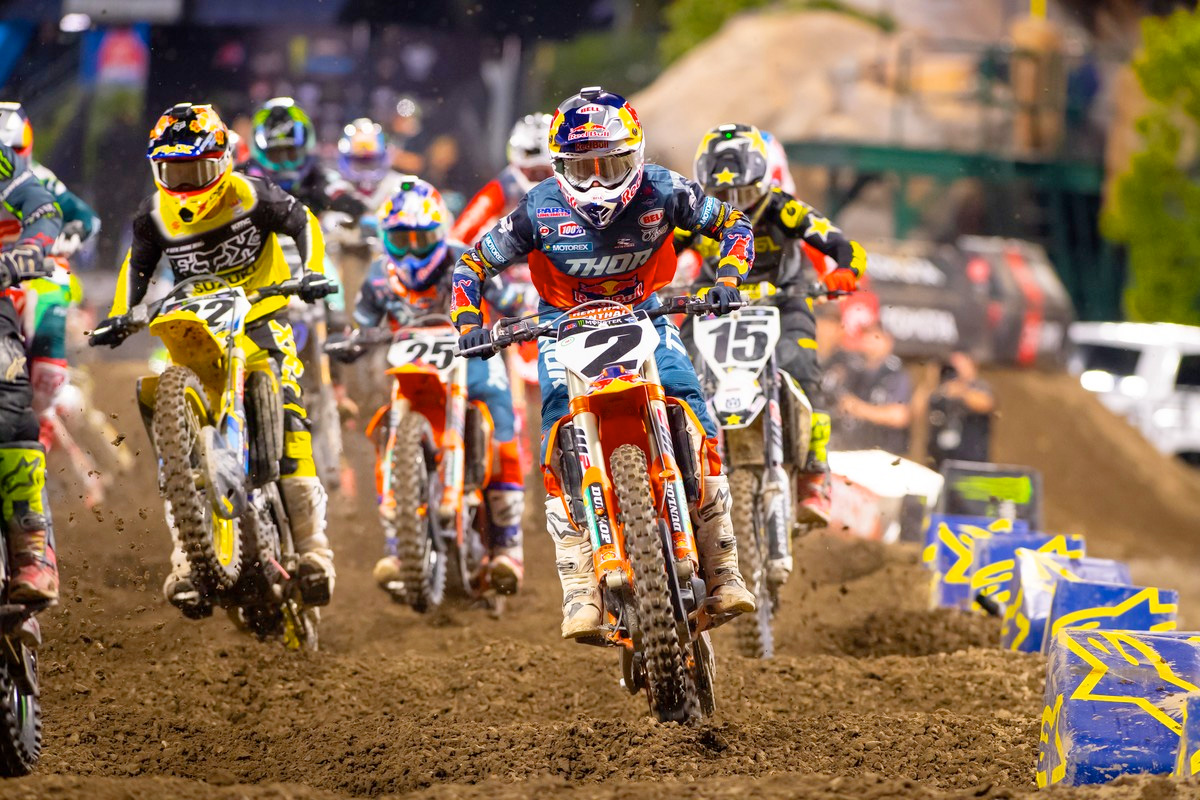 Cooper Webb (2) took both opening moto wins before finishing third in the final race. Photo: Simon Cudby
Making the night even more of a highlight for the Red Bull KTM team was that Webb's team-mate Marvin Musquin, who was the fastest qualifier, shared the podium finishing second overall after finishing with a 3-2-2 score card.

‰ÛÏIt‰Ûªs not always been my strongest point on the start but I‰Ûªve been very consistent today," Musquin said. "This week I only rode a little bit on Monday. I stayed in California and we got a lot of rain, but obviously it helped on the knee. I tried to work on it the whole week and I felt good getting on the bike compared to last weekend, so it was important and that‰Ûªs what I need ‰ÛÒ to feel good and not have any pain. It was great racing tonight, I didn‰Ûªt win any motos but I got second overall, I was consistent and I was able to battle for the lead and for the podium," the Frenchman concluded. 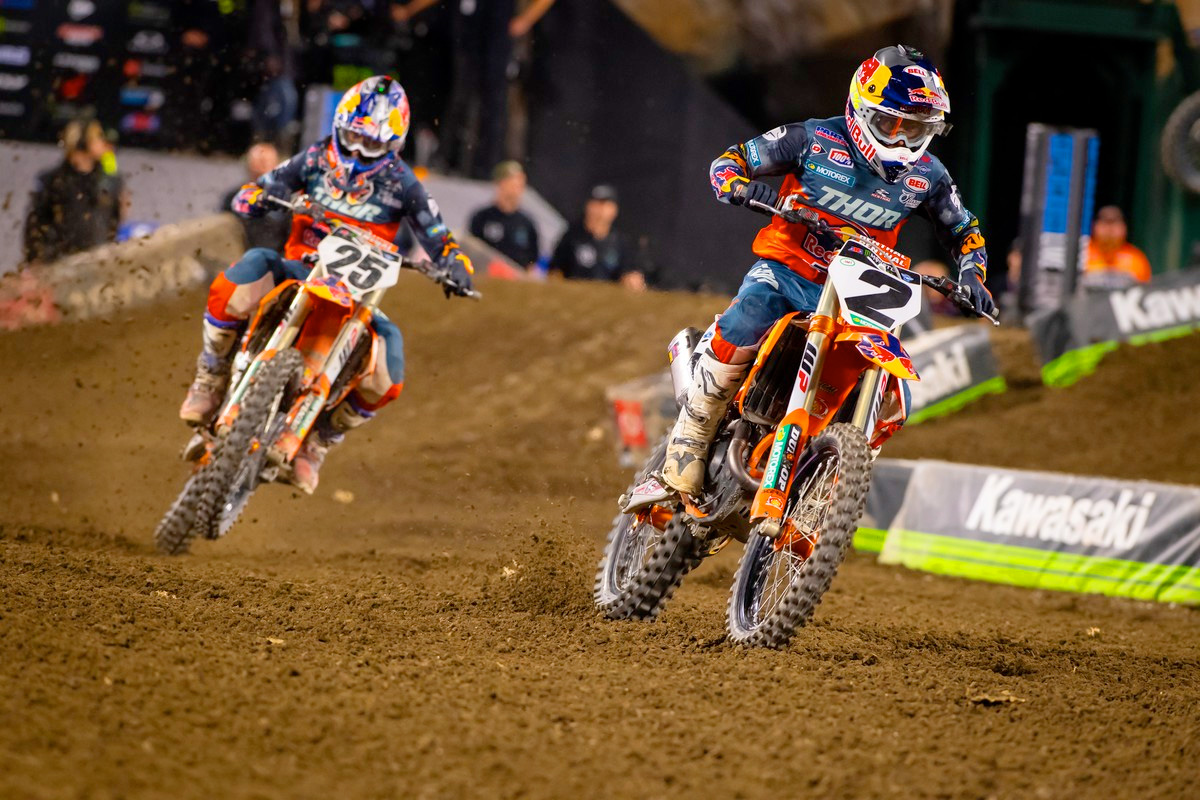 Cooper Webb (2) leads team-mate Marvin Musquin. Photo: Simon Cudby
The win elevated Webb to third in the standings after three rounds while Musquin is tied on points with Justin Barcia in fourth, both one point behind Webb.

The season continues next weekend at Oakland, California. 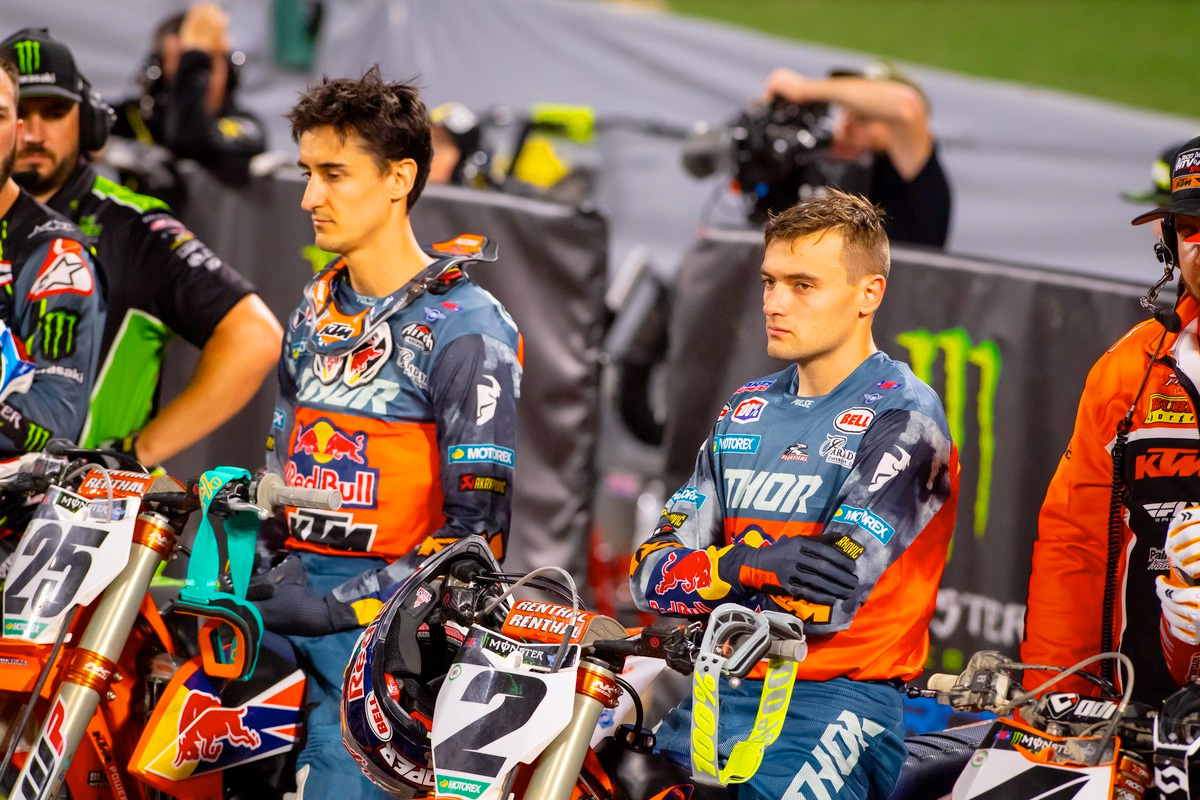