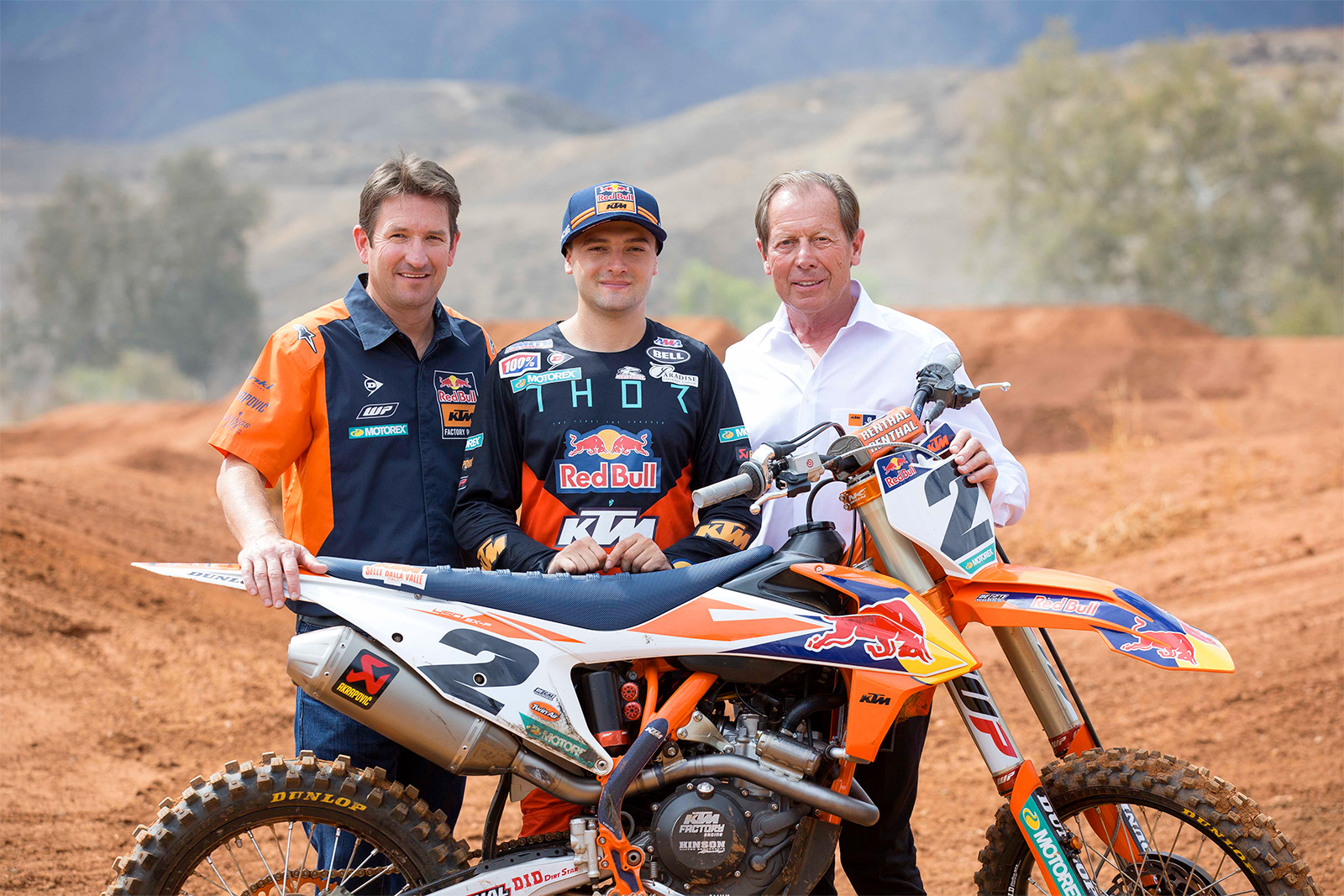 Webb joins the KTM family with a long list of accomplishments since his professional debut in 2013. Following a decorated amateur racing career, Webb achieved great success in the 250cc division, claiming back-to-back AMA 250SX West Championships in 2015 and ‰Û÷16, before putting a cap on his 250cc career in 2016 with an AMA 250MX National Championship.

Since moving into the premier 450cc division in 2017, Webb has earned two career podium finishes in AMA Supercross and multiple top-five finishes in Supercross and AMA Pro Motocross. Heading into the 2019 season, Webb is confident in his abilities and he‰Ûªs READY TO RACE for top finishes with the support of Red Bull KTM.

‰ÛÏIt was an honor when Roger and Ian reached out for me to be the next guy on the Red Bull KTM team," Webb said.

"It‰Ûªs really encouraging to know what this team has achieved ‰ÛÒ they really have been there and done it, so I don't see any reason why they can‰Ûªt do it with me. I will be putting in the work and doing everything possible to come into the year as strong as I can be. With everything around me, I know I have put myself in the best possible position for winning on the track again.

"I had a very comfortable feeling with the guys from the very first moments and that just gives you confidence. Working with Aldon at the Baker‰Ûªs Factory is another strong part of the whole KTM set-up. I have an opportunity that really involves the whole package, so the plan is to ‰Û÷stick to the plan‰Ûª and focus on getting ready with the bike for Anaheim I. I don't want anything to take me away from that!‰Û