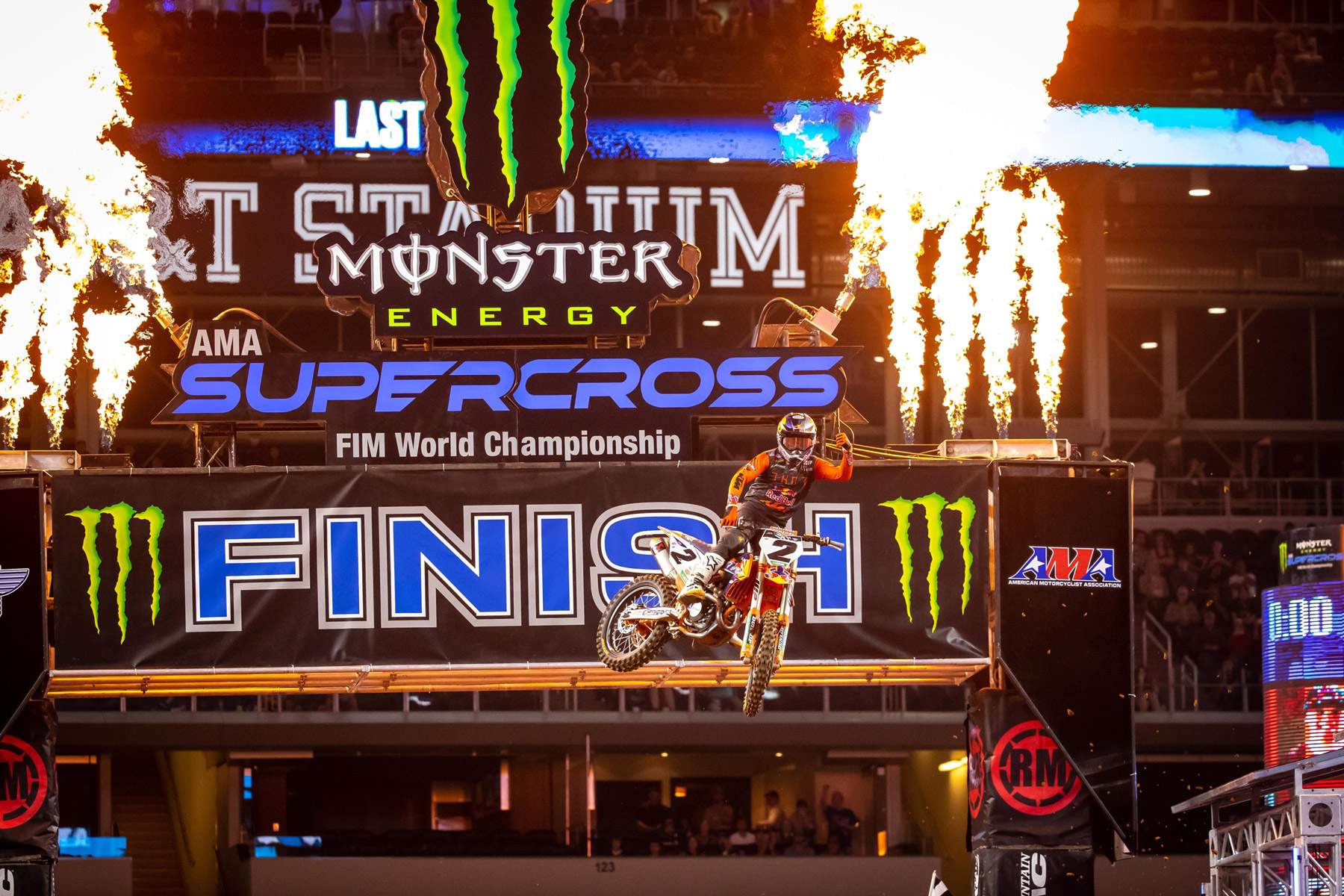 The Monster Energy AMA Supercross, an FIM World Championship returned to Texas and Red Bull KTM's Cooper Webb kicked off the Arlington triple-header inside AT&T Stadium with a dominant 450SX Class victory that pushed him from second to the lead in championship points.

Cooper Webb left Texas with a win at Round Three and returned to the state to win at Round 10 without any bona fide challenges from the other racers. Rockstar Energy Husqvarna Factory Racing's Dean Wilson grabbed the holeshot but Webb pushed his way past immediately and was never challenged.

"This is an incredible night. I got a bad start in the heat race but I made some passes and ended up third. In the Main Event, I got a great start and made my way into the lead early on and I led every lap.

"It‰Ûªs awesome and it feels great to have these Texas fans here. It was a huge night and to get the red plate is great, I‰Ûªm super grateful.‰Û 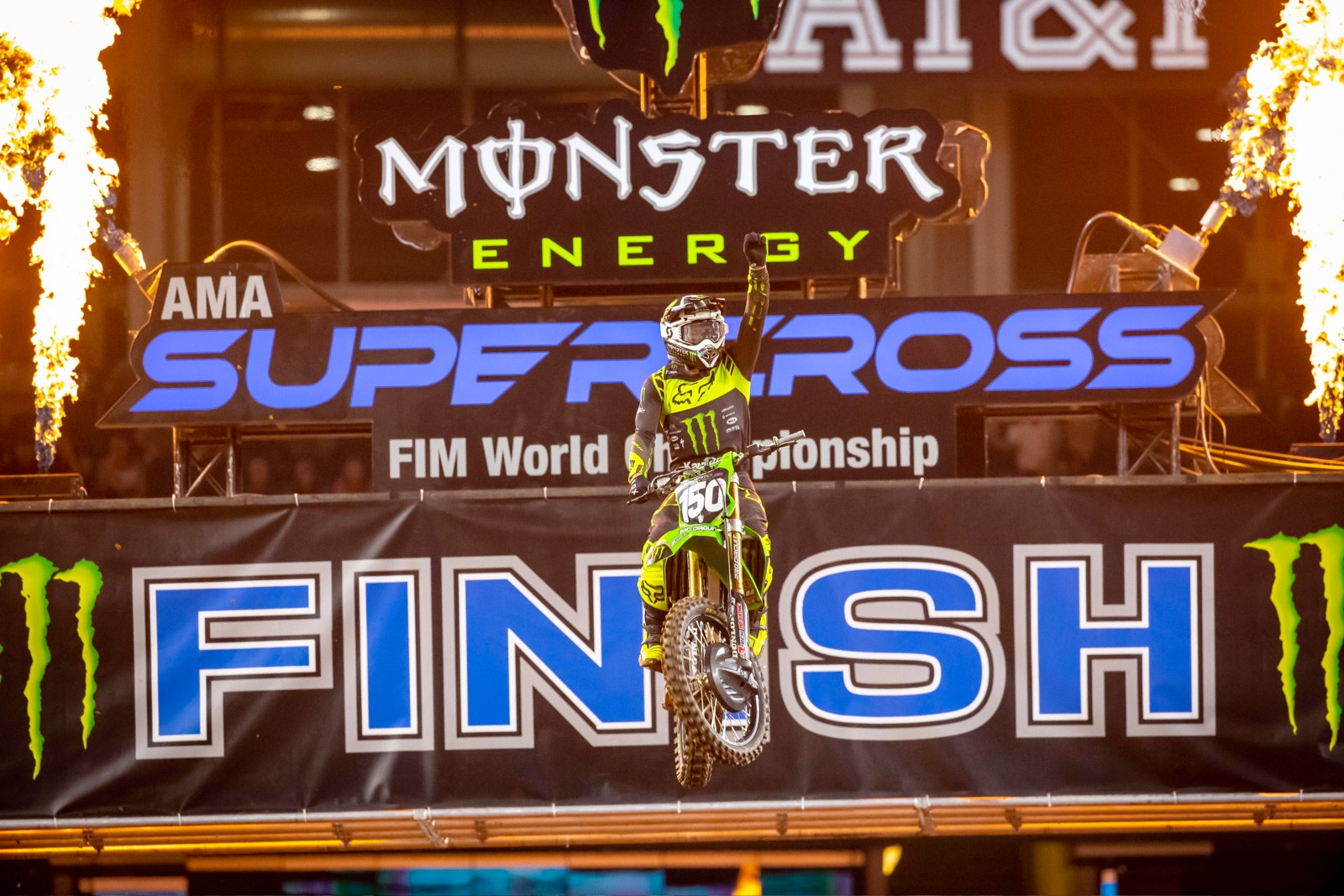 Three Rounds in, the 250SX West class has produced three different winners. Kawasaki's Seth Hammaker is the second first time winner in the class in 2021. Photo Credit: Feld Entertainment, Inc.
In the third round of Western Regional 250SX Class racing, a third different winner was crowned. This time it was Monster Energy Pro Circuit Kawasaki's rookie Seth Hammaker who led wire to wire to the screams of the limited-attendance, pod-seated Texas crowd.

The Western Regional 250SX Class served another surprising race as rookie Hammaker launched off the line, grabbed the holeshot, and lead every moment of his career-first victory ride. It wasn't easy, as Hammaker's Monster Energy Pro Circuit Kawasaki teammate Jordon Smith applied the pressure from the start until a bobble that sent him temporarily off the track dropped him back to third.

McAdoo and Cooper clawed their way forward, but progress through the pack was slow. As Hammaker was composed in the lead, Team Honda HRC's Hunter Lawrence was just out of reach in second.

It was a great result for the Australia who has spent a good portion of his time in the United States on the sidelines with injury. The result lifted Lawrence into 3rd position in the championship standings.

Just over four minutes into the 15-minute plus one lap race McAdoo had reached the rear wheel of teammate Smith when Smith lost traction on a small jump and landed hard, putting him out of the battle.

Things stabilized until the final lap and a half when Cooper reached and then charged past McAdoo. McAdoo countered a corner later and darted back into third. On the second to last corner Cooper made a final pass attempt, slid out, and low-sided trying to cut under McAdoo.

The series races twice more inside AT&T Stadium in Arlington, with Round 11 dropping the gate on Tuesday night and Round 12 returning next Saturday. 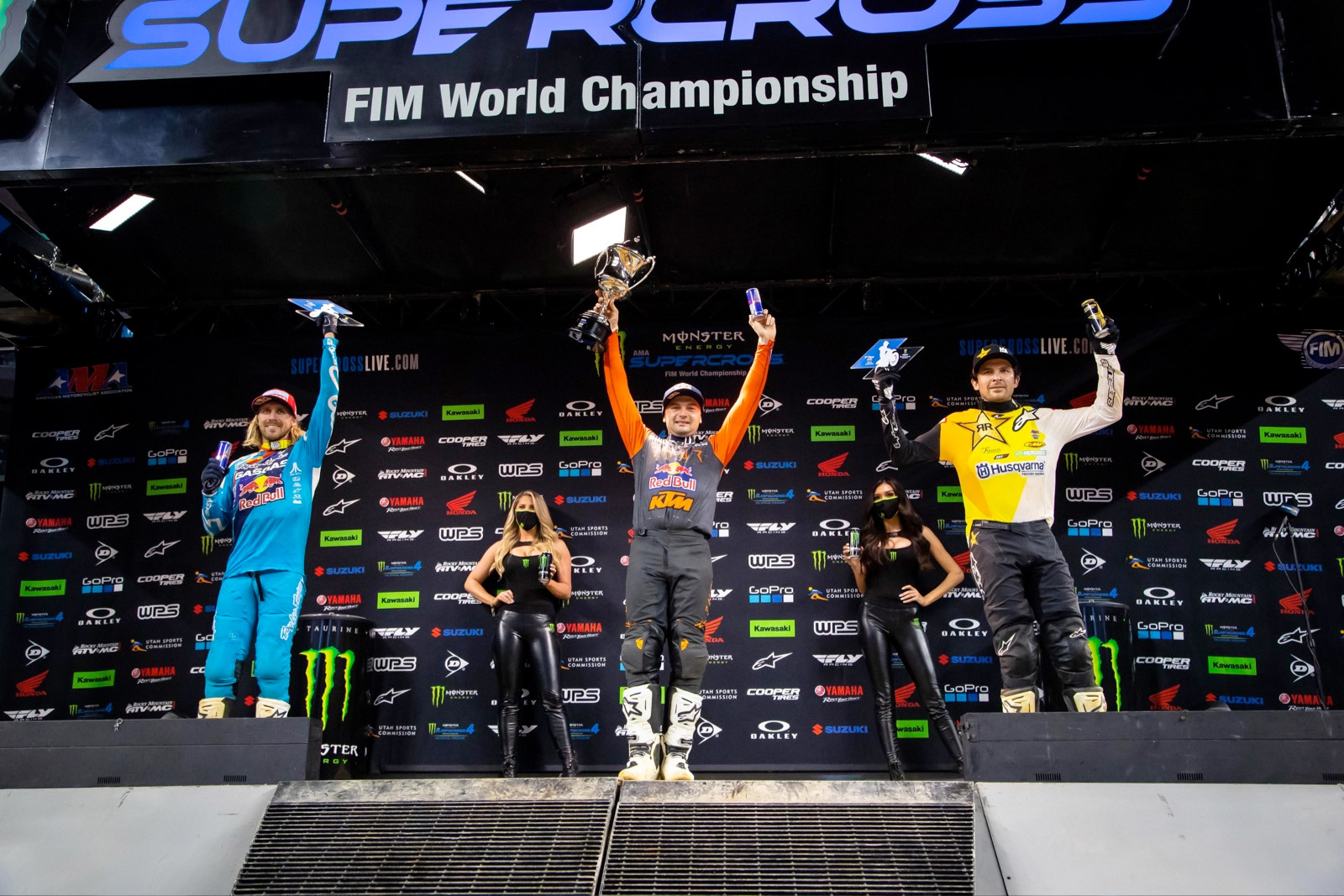 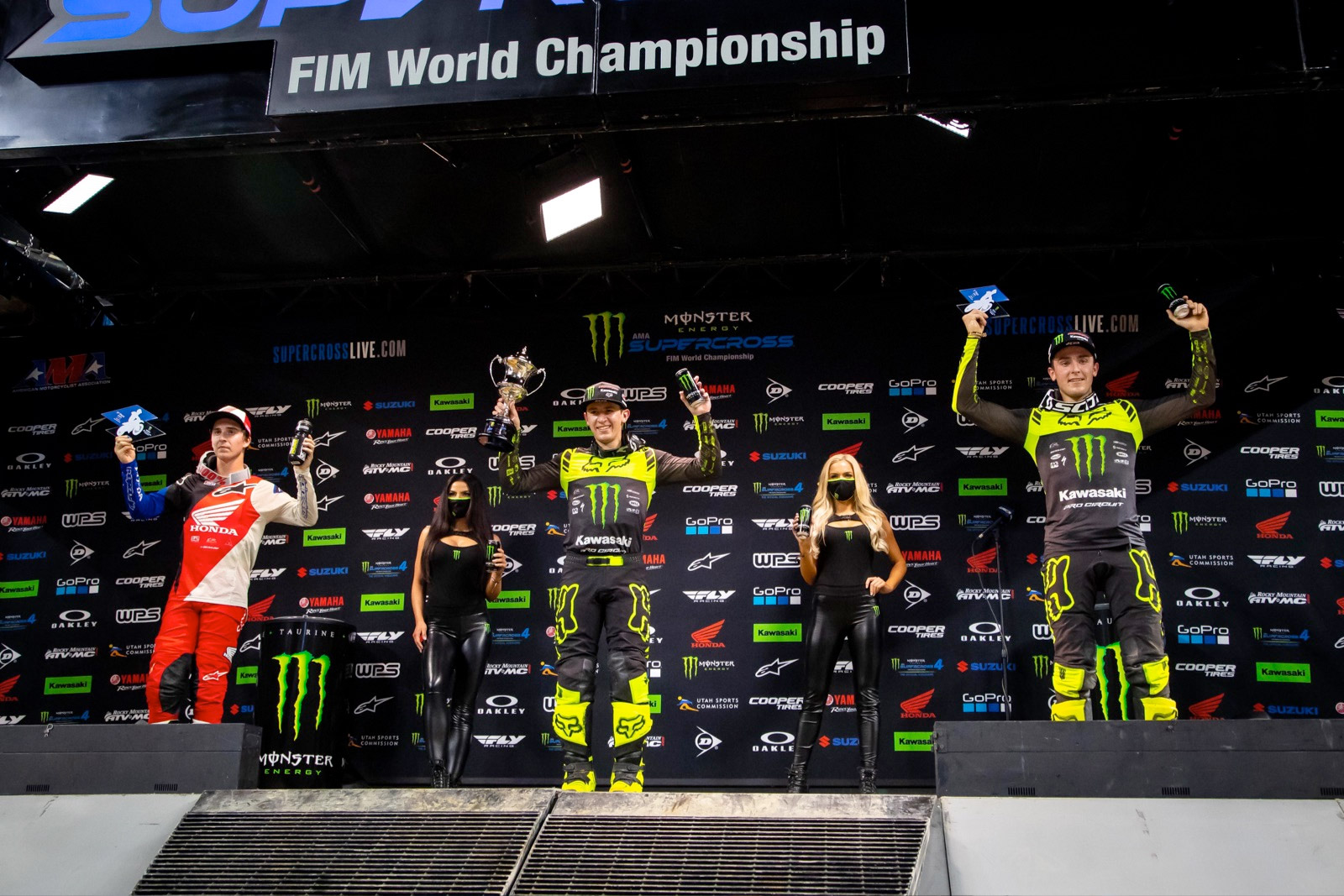