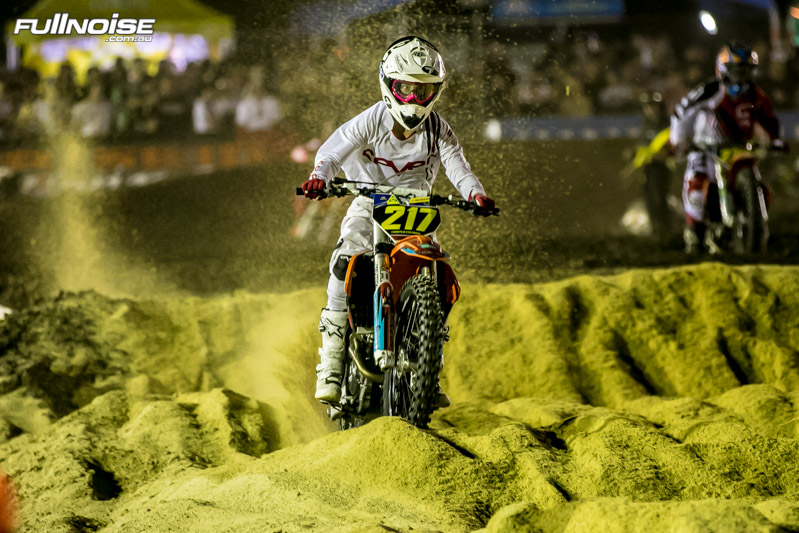 When the future crop of Australia‰Ûªs Supercross stars take to the grid in the Junior Lites class at Saturday night‰Ûªs (December 5) final round of the 2015 Penrite Australian Supercross Championships presented by Ryco Filters at Knight‰Ûªs Stadium in Melbourne, the rider they will all be gunning for is 16-year-old Newcastle, NSW, ace Cooper Pozniak.

Pozniak, who races with the support of Newcastle KTM, has been the class act of this year‰Ûªs Junior Lites Australian Supercross Championship, winning the first three of the four rounds of the Championships staged to date ‰ÛÒ with only a broken chain at round four at Jimboomba, Queensland, derailing his hopes of making a clean sweep of the series.

‰ÛÏThe points are close, so the pressure is going to be on at the final round this weekend,‰Û