Cooper Pozniak On Top In Wonthaggi 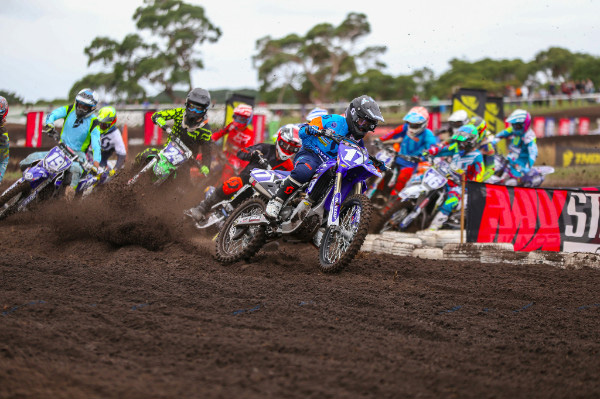 The Pirelli MXD class delivered plenty of entertainment today with Yamalube Yamaha Racing Team‰Ûªs Cooper Pozniak edging out tough competition to take the first round victory at Round 1 of the Motul MX Nationals at Wonthaggi in Victoria.

The development class which provides riders with their first introduction to professional racing showcased plenty of new talent across both motos this afternoon with Pozniak eventually putting together 1,1 race results rewarding him with the first round win of the season.

Rookie MXD rider Cody Dyce aboard Yamalube Yamaha Racing was the fastest MXD qualifier this morning, recording a 1:51.047 lap time ahead of teammate Pozniak, (1:51.383) while third position on the time sheets was taken by Sam Pelz after he recorded his fastest lap on only his first rotation on the circuit. 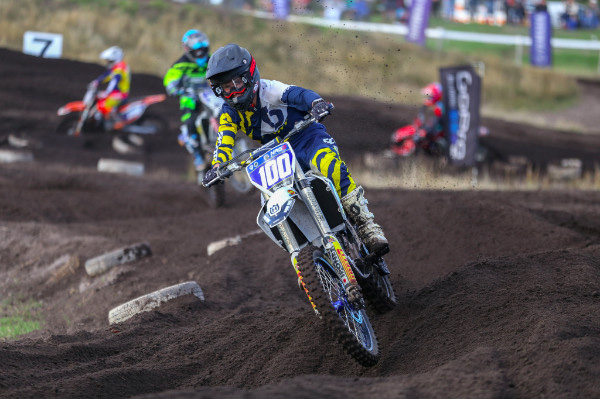 When moto one commenced, the Wonthaggi track had become deep and highly technical, providing the ultimate challenge for the MX Nationals Under 19 competitors. And when gates dropped, it was Yamalube Yamaha Racing‰Ûªs Pozniak who secured the Raceline holeshot ahead of Husqvarna‰Ûªs Jye Roberts and Yamaha mounted Dyce.

However fastest qualifier Dyce was determined to move into the top spot, and within a few turns had made the pass on Roberts for second and then set his sights on his team mate Pozniak. But unfortunately for Dyce a 10 second in-race penalty for riding inside a track marker at the four lap mark hindered the Yamaha rider‰Ûªs charge ‰ÛÒ Dyce was then forced to race against the clock in a dash to make up positions before the chequered flag.

However, with Dyce on a mission to make up time, it wasn‰Ûªt long before the Yamaha MXD rookie made the move on his more experienced team mate Pozniak for first position, but with a huge ten seconds to make up in order to take the victory, it was Dyce against himself once he had a clear track ahead of him.

By the time riders received the last lap board, there had been no change at the front of the pack, with Dyce continuing to tick off laps, in a desperate bid to stretch out his gap on Pozniak and Roberts to more than ten seconds.

But when the chequered flag flew, Dyce just fell short in time, and despite crossing the line in the top spot, was awarded second place after his earlier time penalty. Pozniak was then handed the first Pirelli MXD race win of the season, while Roberts concluded his first 2017 outing in third. Broad, Fogarty, Barham, Hugh McKay (Bulk Nutrients WBR Yamaha), Kenney, Justin Hart (Husqvarna) and Coulson (Yamaha) all wrapped up moto one inside the top ten.
Moto 2

By the time the Pirelli MXD class headed out for their second moto this afternoon, competitors were forced to contend with a notoriously difficult Wonthaggi circuit, and it was Pozniak who secured the holeshot once again, while unfortunately teammate Dyce showed his inexperience, going down on the first lap, re joining the race in 24th position.

However, it wasn‰Ûªt long before rookie Raceline Pirelli KTM‰Ûªs Fogarty made his presence known, making the pass up the inside of Pozniak, and showing that despite being fresh out of juniors, that he‰Ûªs racing for wins.

Unfortunately for Fogarty a crash on lap three handed the driver‰Ûªs seat back to Yamalube Yamaha Racing‰Ûªs Pozniak, also allowing Roberts to slot up in to second position ahead of Husqvarna‰Ûªs Callum Norton.

The crashes continued for Pirelli MXD riders soon after Fogarty went down, with Norton becoming the next victim of the Wonthaggi circuit ‰ÛÒ crashing out of third place and handing the final podium position to Kaleb Barham.

As race two entered it‰Ûªs closing stages one man that crowds couldn‰Ûªt keep their eyes off was Dyce, who had charged all the way from 24th place to seventh position with five minutes still left on the clock.

Despite having a moment on the final lap, it was Pozniak who‰Ûªs patience and consistency paid off at Wonthaggi this afternoon, crossing the finish line in first position, followed by Roberts and Barham in second and third places respectively. Fourth today was collected by Dyce who‰Ûªs late charge paid off, while despite leading for a handful of laps, Fogarty wrapped up the second moto in fifth position.

But it was Pozniak's consistency that paid off this afternoon - his flawless 1,1 score card awarding him with the round one overall. Second spot on the Pirelli MXD podium was taken by Roberts, while Dyce wrapped up his debut MXD outing in third for the day.

‰ÛÏLast year I finished the season off strong and got the win at the last round so I just came here to get some nice solid points and to go 1,1 is awesome," Pozniak said.

‰ÛÏI tried to stay smooth and consistent all day so I can‰Ûªt thank my team enough for all the work they have put in to make today happen.

‰ÛÏIt‰Ûªs good to have the red plate leaving round one, so I‰Ûªm just going to go home, put in the work and try and keep it for the whole season.‰Û