Convincing qualification victories for Gajser and Prado in Germany 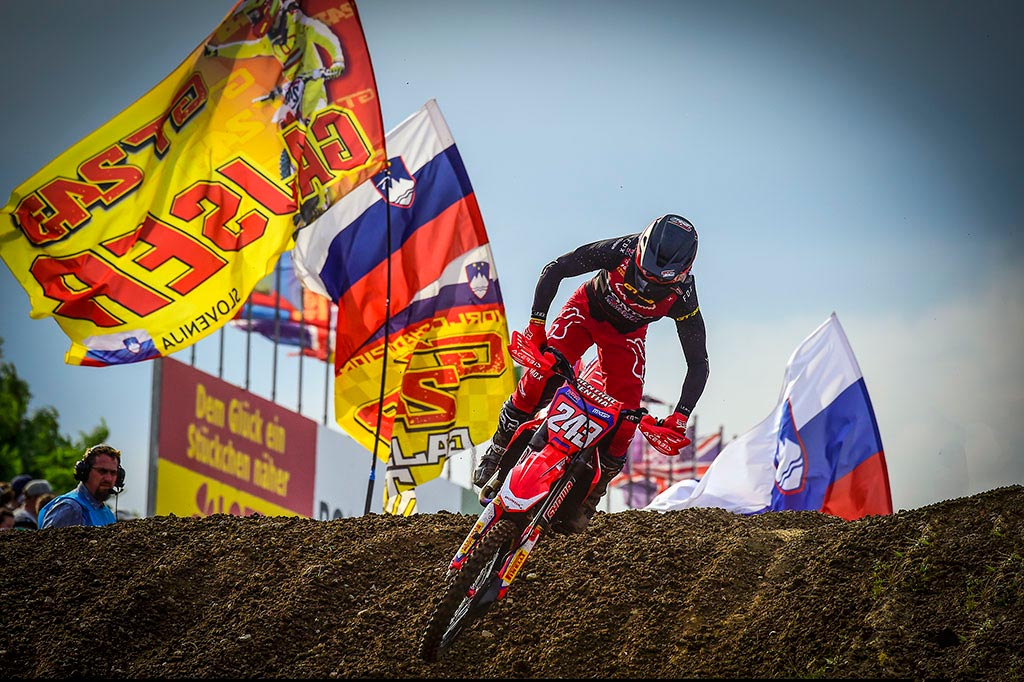 Team HRC‰Ûªs Tim Gajser led from start to finish in the MXGP of Germany qualification race, setting himself up nicely with first gate pick for tomorrow‰Ûªs motos at the 10th round of the world motocross championship.
Round ten of the 2019 FIM Motocross World Championship season opened today at Teutschenthal in Germany with Tim Gajser and Jorge Prado continuing on from the previous round last week with qualifying victories in MXGP and MX2 respectively.

The Teutschenthal track was a much different test than the last few rounds with deep ruts around a lot of the circuit, but Gajser looked comfortable as he took the win by over five seconds.


Extending his lead in the MXGP championship to 33 points at the last round in Latvia, Gajser came into Germany full of confidence and it showed in every session as he posted the fastest times in free and timed practice. With a great setup on his Honda CRF450RW, the #243 then rocketed off to a holeshot in the qualification race and never looked back, pushing out the lead to over 10 seconds at one stage of the race. Gajser then cruised it home to take another qualification victory, making a positive step to towards a possible sixth GP overall when the gate drops in tomorrow‰Ûªs races.

After 11 laps the lead was more than 10 seconds as Gajser continued the best form of his career winning his 4th qualifying race of the season while Monster Energy Yamaha Racing's Jeremy Seewer and Glenn Coldenhoff rounded up the top three. 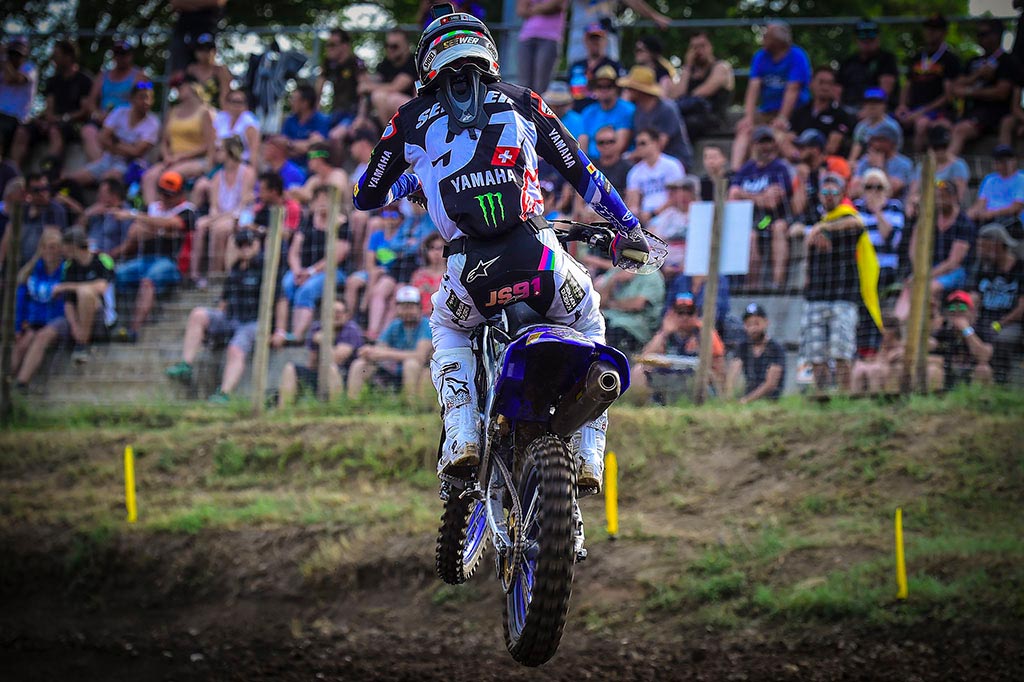 Monster Energy Yamaha Racing's Jeremy Seewer was second in MXGP.
‰ÛÏIt was a great day today," Gajser enthused. "Immediately from the start of free practice I felt good and I enjoyed myself throughout the whole day. It‰Ûªs definitely a different type of track than the last couple of weekends with deep ruts where we really have to find some good lines. In the qualifying race I had a good start and I could lead from the beginning and create a bit of a gap to the second place, which allowed me to control the race. I really like these type of tracks with the ruts and the hard pack style of riding so I‰Ûªm really looking forward to tomorrow. Of course the start will be important but I‰Ûªm feeling really good..‰Û 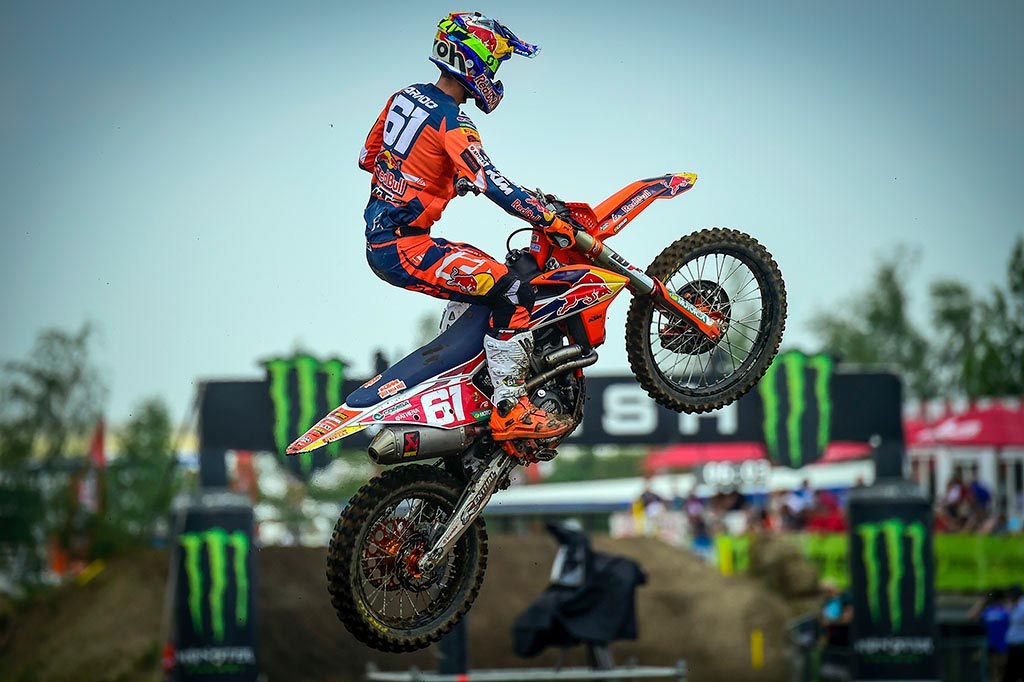 Jorge Prado took his sixth MX2 qualifying win.
Jorge Prado won the MX2 qualifying race after being the fastest in time practice. Prado led from the second lap, ahead of Honda 114 Motorsports‰Ûª Mitchell Evans and Dane Thomas Kjer Olsen. Tom Vialle was fourth and Darian Sanayei was in fifth place.

Prado looked like he loved the hard-pack of Teutschenthal and after three laps held a four seconds lead over Olsen, with Evans in a solid third place. Monster Energy Kemea Yamaha Factory rider Jago Geerts, who has had very solid performances so far had a terrible start and after five laps was down in 11th place while his teammate Ben Watson didn‰Ûªt line up due to an injury in today‰Ûªs free practice which forced him out of the GP as a result of a double fracture to his left hand.

Local Henry Jacobi was making a charge on lap six as he pulled up on the back wheel of Vialle and was giving the large home crowd something to cheer about. Prado seemed to be cruising as he remained four seconds ahead of Olsen on lap seven, and Evans was a further two seconds back in third place. 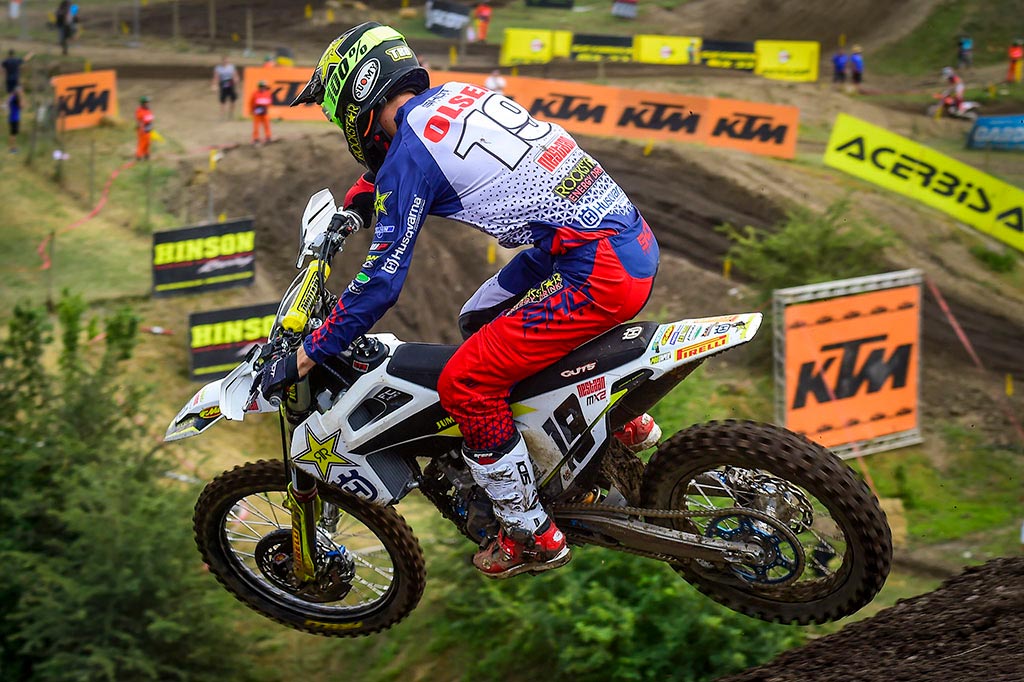 Thomas Kjer Olsen finished three seconds adrift of Prado in second.
Jacobi blasted into fifth place on lap seven as he pushed past Vialle, and just ahead of him were Brian Moreau and Evans. Prado went on to win his 6th qualifying race by a little more than two seconds from Olsen and Evans.

‰ÛÏIt was a good qualification race. I didn‰Ûªt have a good feeling today, but hopefully tomorrow I will feel better. I still got the qualification win and we‰Ûªll try our best tomorrow," Prado said. 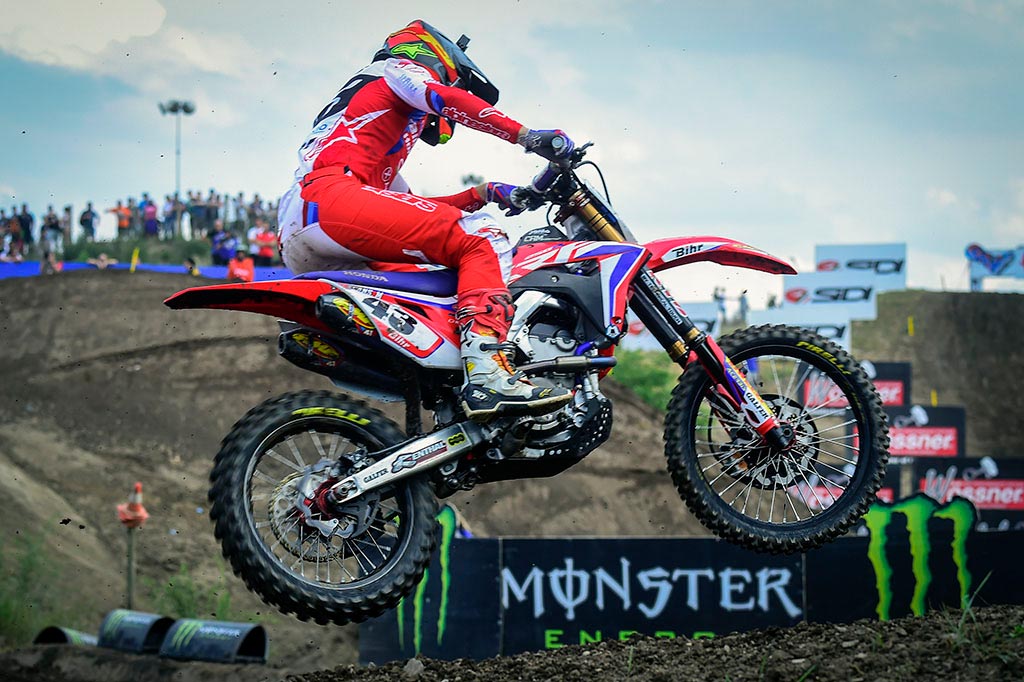