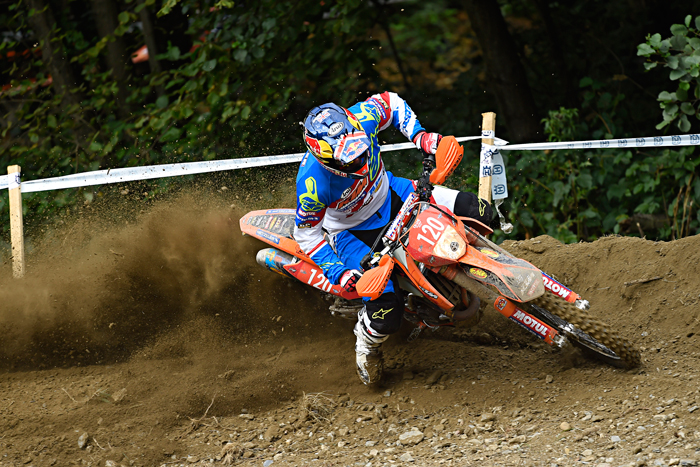 Eight riders in total have been excluded form the 2015 ISDE after missing a intermediate course check point on day three of the event being held in Slovakia.

Despite the riders being excluded, from our understanding, all eight riders will continue in the event while the matter is resolved after the nations of the four riders all put in official protests at the end of the day.

Team Great Britain's experience former world champion David Knight has has posted on facebook his disapproval and shock regarding the decision that has been made.

"That's my ISDE done, probably my last one I'll ever do, disqualified along with 7 other trophy team riders for going the wrong way on a check."Knight posted.

"Very bad marking and to dangerous to go back as fast narrow trail and could have been a head on crash if we did, it was a longer way around and off no benefit to us.

"FIM are trying to kill the sport in my opinion, common sense never prevails and feel gutted for British, French and USA teams. Thanks to everyone that has helped and made it possible and sorry for mistake!" The post concluded.

The exclusion of America's Robert Taylor was a double blow for team U.S.A after also losing Kailub Russell due to a crash on the third timed stage of the day. Despite losing Russell from some quick calculations, the U.S would have finished the day back in the overall lead by a very slim two seconds over team Australia.

As it stands Australia currently lead the World Trophy competition by 12 and a half minutes ahead of Italy.

We will post any updates on the the outcome of the protest as soon as they become available.

Top Image: David Knight in action at the 2015 ISDE before he was excluded