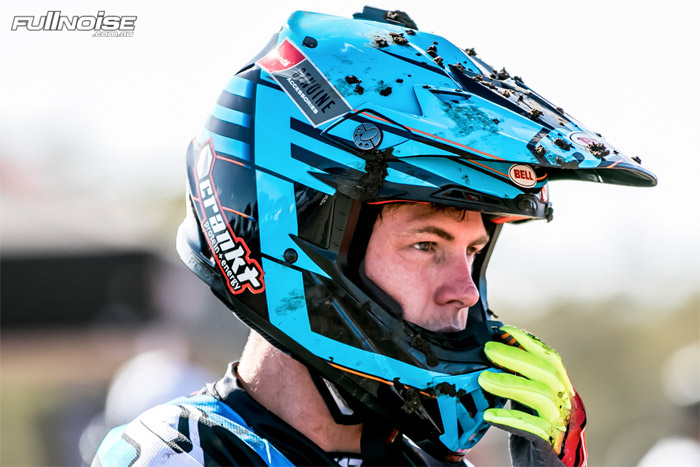 Back in 2014, Dylan Long was arguably one of the biggest highlights of the MX National‰Ûªs visit to Conondale, throwing huge whips for the crowds over the famous 140ft tunnel fly over, now two years later the Motul MX Nationals is gearing up to head to the venue again for round seven, and crowd favourite Long is set to impress.

Long, who‰Ûªs become one of Australia‰Ûªs fan favourites with more than 42,000 followers on Instagram, is not only talented when it comes to whips, scrubs and jumps ‰ÛÒ Long has already recorded a handful of impressive results with the Crankt Protein Honda Racing Team so far this season, even taking top five results in one of the most talented packed Thor MX1 classes in the Championship‰Ûªs history.

Prior to heading to Conondale for Round 7 of the Motul MX Nationals this weekend, the Honda mounted to star gives an idea of what fans can expect when they head to the track this Sunday ‰ÛÒ will it be all business? Or will Long show the fans just what he can do on a 450cc machine over the 140ft gap?

Back in 2014, you were one of the crowd favourites on that huge centre jump at Conondale, how excited are you to head back for Round 7?

I‰Ûªm pretty keen to get back to Conondale! That big jump at the track is definitely a highlight of the racing I‰Ûªve done in Australia. It‰Ûªs good to have a venue that has a fly over that‰Ûªs 140ft long like the one at Conondale, and the crowd loves it every time we visit. A lot of the tracks we ride on these day are pretty good, and there‰Ûªs been a lot of good tracks on the calendar this year, but I do love heading to Conondale, and this year it should be a bit easier to get that gap done on the Honda 450! 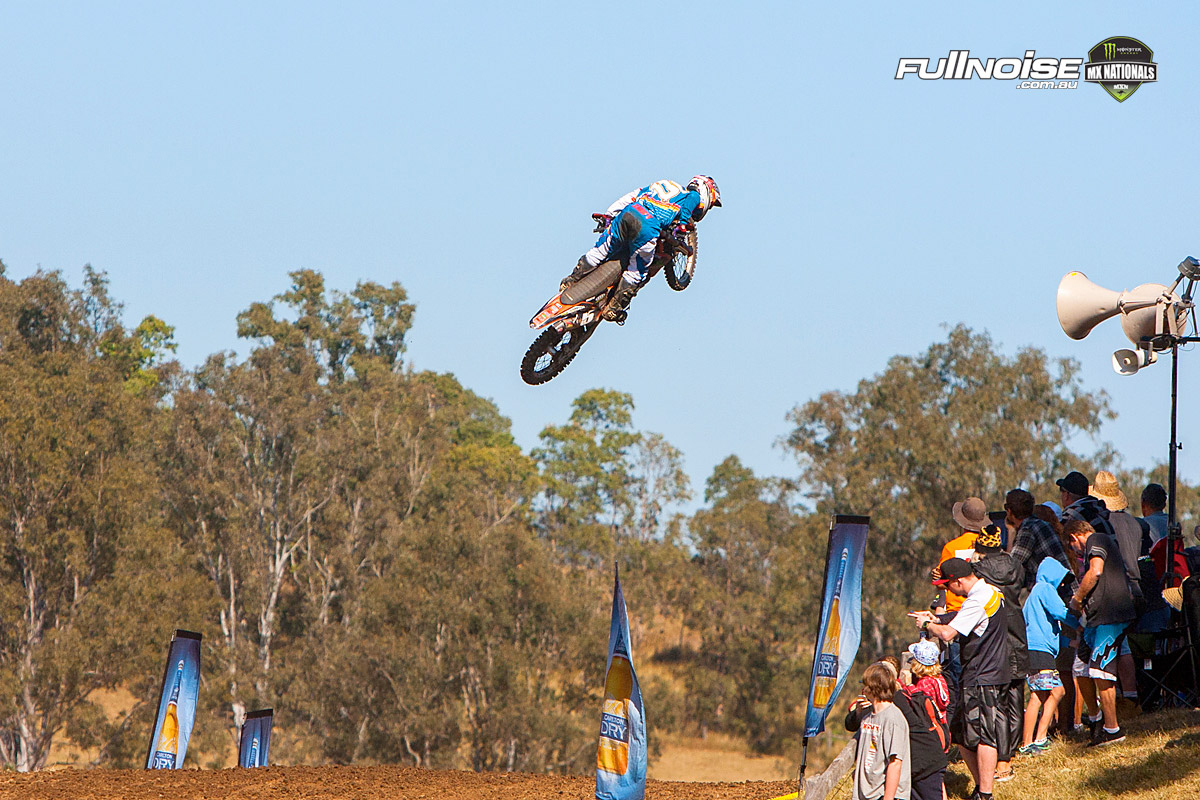 Dylan Long stretching it out over the "Fly Over" at Conondale back in 2014 - Credit: Aaryn Minerds
Yeah last time we went there I was on a 250, and you just have to hit it flat out to make it all the way over - now that I‰Ûªm on the Honda CRF450 I‰Ûªll judge it a bit more, but still have plenty of fun with it!

You‰Ûªre currently sitting in a really impressive sixth place in the Thor MX1 championship standings, will it be all business this weekend or are you planning to have a bit of fun given that it is one of your favourite tracks?

It will be pretty well all business ‰ÛÒ I hurt my thumb at the last round at Nowra and I‰Ûªm not going to be able to ride too much before round seven, so it will be a bit of survival for me ‰ÛÒ but in saying that I‰Ûªm going there to go as fast as I possibly can, and I always have a lot of fun whenever I‰Ûªm on my bike, so you never know (laughs).

So during at least one lap this weekend, the crowd can expect to see some big whips over that hill?

That thumb injury you picked up at Nowra, how‰Ûªs that all recovering?

I‰Ûªve got a small fracture in my thumb, and it‰Ûªs still a bit swollen and pretty bruised, but it‰Ûªs been about a week and a half, and we‰Ûªre just working on it every day and making sure I‰Ûªm ready for this weekend. I‰Ûªm staying off the bike to make sure I can get in as much healing as possible before round seven. The Racesafe guys are always very good at what they do and they will strap me up on Sunday and make sure I‰Ûªm out there banging bars.

We are nearly seven rounds in to the championship, are you happy with your performance so far this year?

I‰Ûªm reasonably happy ‰ÛÒ I would have liked to be a bit further in front in a couple of races and have limited a few mistakes that I‰Ûªve made, but that‰Ûªs racing! This year has been a little bit tough in that we have a whole new team and a new bike. We are learning every round though, and we are definitely starting to make some big improvements. You should start seeing some solid performances from myself and my teammate Jay (Wilson) during the next couple of rounds of the MX Nationals.

Expectations for round seven?

I don‰Ûªt feel a lot of pressure, I just have fun every time I get on my bike and go out there and race, but I think with the way the team‰Ûªs been heading and with how much progress we‰Ûªve been making, that it‰Ûªs going to help a lot over the next few rounds. The points are spaced out, but anything can happen and we have a lot of racing left to go, so we‰Ûªll be snatching up as many points as possible at round seven this Sunday.

Round 7 of the 2016 Motul MX Nationals will take place at Conondale in Queensland this Sunday July 17.