Connor Tierney Shines On His Way To Second MXD Round Win 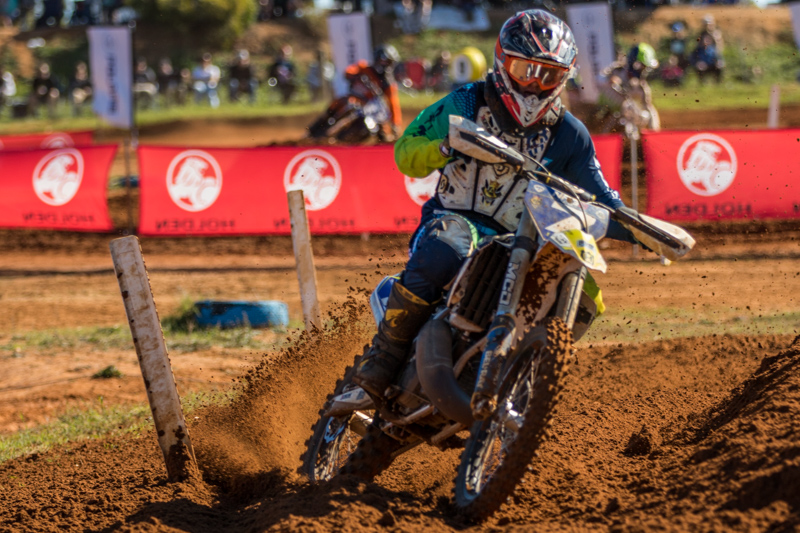 After tasting victory for the first time at Murray Bridge, Tierney once again graced the top step of the podium at Coolum, and closed in on the 2015 MXD championship.

In race one, Tierney claimed the first holeshot for the day and took a commanding lead in only the first few laps. However a hard charging Jayden Rykers ensured that if Tierney wanted the win he would have to fight for it.

The two battled hard for the entire last half of the moto before crossing the line less than a second apart. When times were checked, Tierney managed to only narrowly take the win from Rykers, followed by championship leader Wilson Todd (GYTR Yamaha) who crossed the line in third.

In race two, Yamaha mounted Todd threw himself into championship defence mode. After KTM mounted Barham claimed the race two hole shot, Todd took no time in securing the race lead ‰ÛÒ one which he would not relinquish.

When the chequered flag flew on moto two, Todd crossed the line in first position, followed by Husqvarna‰Ûªs Tierney in second and Rykers in third.

At the conclusion of the round, Tierney once again proved that consistency was key and was rewarded with the top step on the MXD podium. Wilson Todd collected second place, while Jayden Rykers finished the round in third.

‰ÛÏIt feels so good to be able to come out and win again ‰ÛÒ everything has gone so well today,‰Û