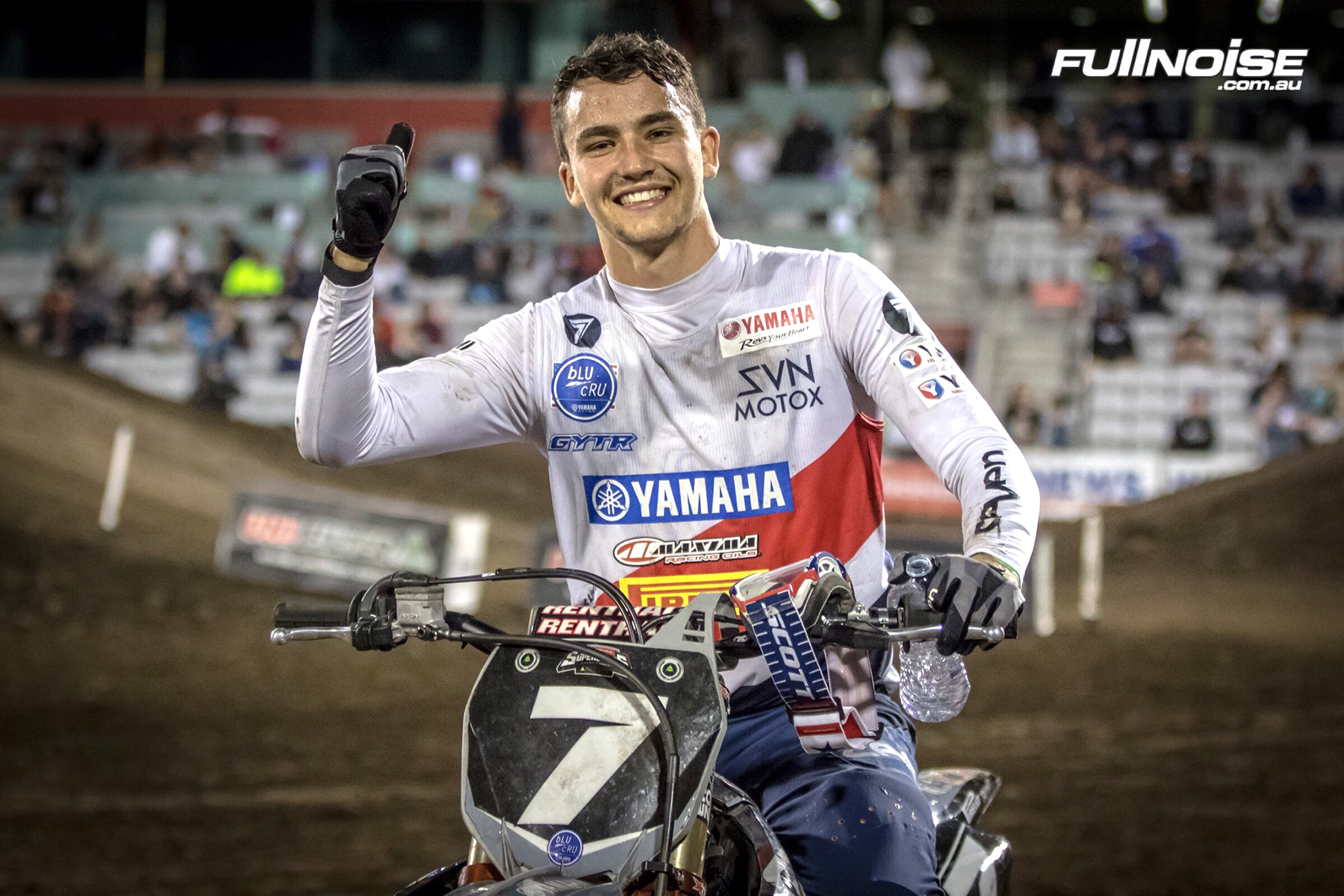 Connor Tierney had plenty of reason to smile after winning the final moto last Saturday night and now being promoted to the Serco Yamaha squad. Photo: Arryn Minerds
Following a break-through performance on Saturday night at the third round of the Australian Supercross Championship Connor Tierney has been called into the Serco Yamaha SX2 squad to replace the injured Jacob Hayes.

Unfortunately, the tough luck continued for Hayes at round three in Wollongong. After winning round one, Hayes had a rugged night at round two in Adelaide when he fell during the main event and was unable to finish the race. With a couple of weeks break he was able to recover well and looked good in the early stages of practice and qualifying but a first turn yard sale in his heat race again saw him come to a grinding halt.

Hayes was helped from the track and carrying his shoulder. He was unable to compete for the rest of the night. Early scans reveal some damage in his shoulder and as a precaution, he will sit out the remainder of the championship and focus on his recovery for the start of the AMA Supercross series.

‰ÛÏIt‰Ûªs such a disappointing way to finish the championship, especially as it started so well for myself and the team,‰Û 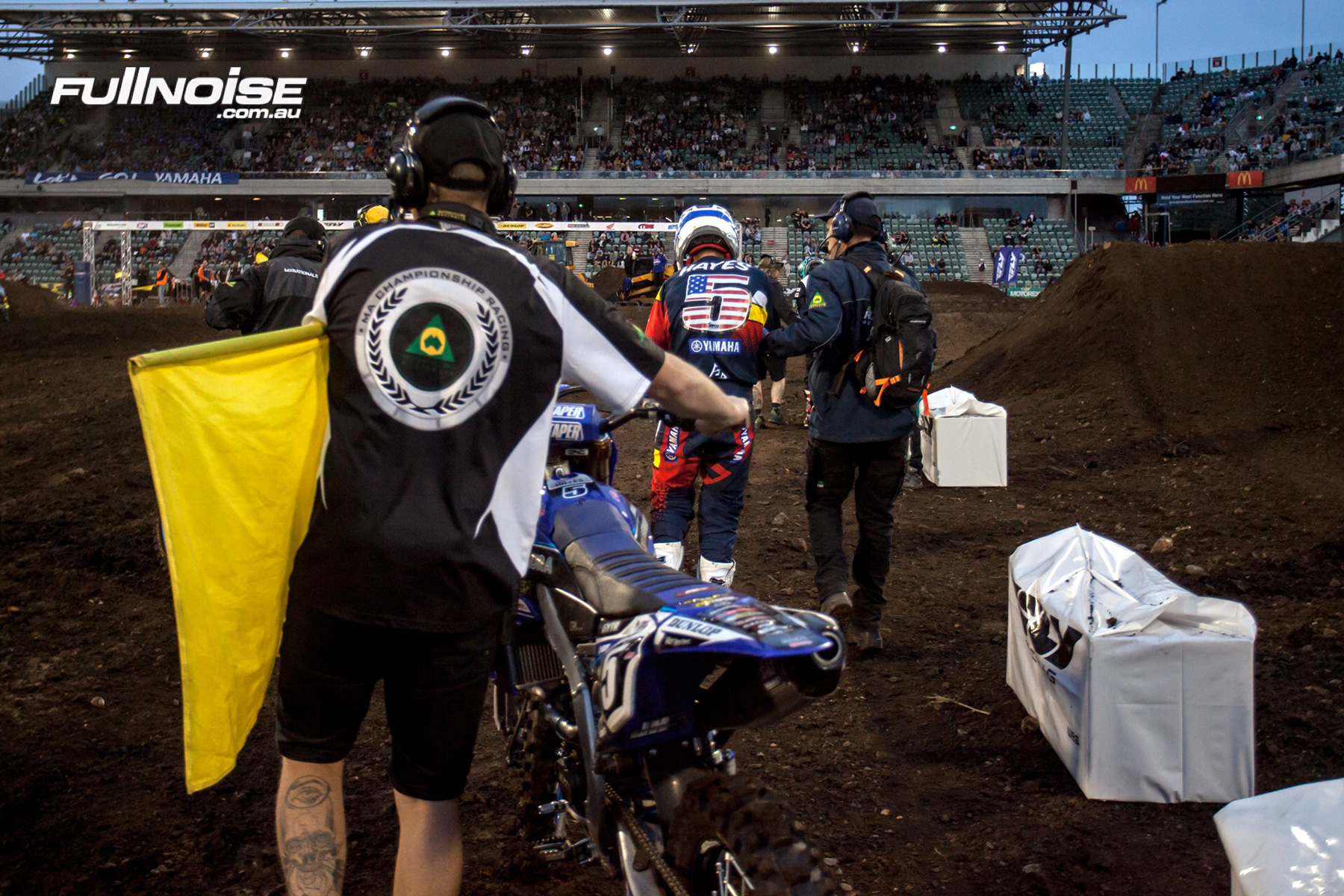