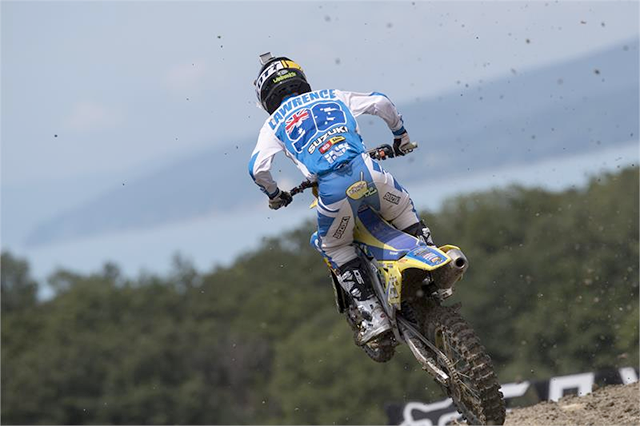 Suzuki World's Hunter Lawrence will sit out the 11th round of the 2017 Motocross World Championships in Italy this weekend after sustaining an injury last weekend at the ADAC Championship in Germany.

Lawrence suffered his injury last weekend when racing in Germany and is obviously disappointed having to miss the action but are hoping for a quick recovery.

‰ÛÏI will be sitting-out the MXGP in Ottobiano as I had a crash when racing the ADAC Championship in Germany," the Australian explained. "I thought I was ok afterwards and thought I‰Ûªd be good enough for the weekend but I‰Ûªve since found out that I suffered a compressed vertebrae and it‰Ûªs too serious for me to consider lining up for the MXGP.

"I didn‰Ûªt feel like I was anywhere close to my limit when I crashed, it was just one of those unfortunate things. Now I‰Ûªm just going to concentrate on my recovery so I can be back behind the starting gate as soon as possible.‰Û 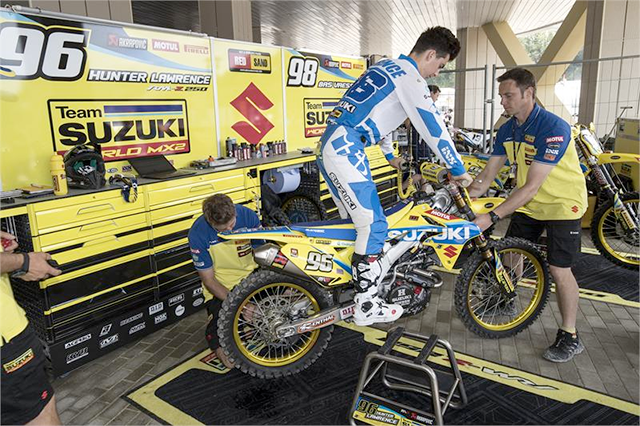