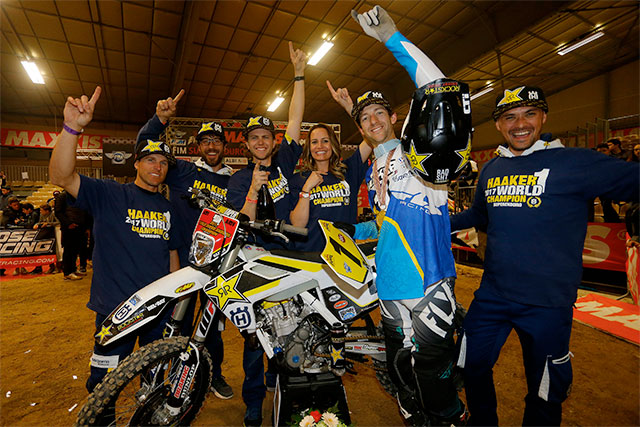 Entering the championship decider with an 11-point advantage over his closest challenger Alfredo Gomez, Haaker did exactly what he needed to do to secure his second SuperEnduro title in two years. Riding notably better than he did at round three in Spain two weeks earlier, Colton rounded out his night with 2/2/3/ results to join Gomez and Jonny Walker on the podium. 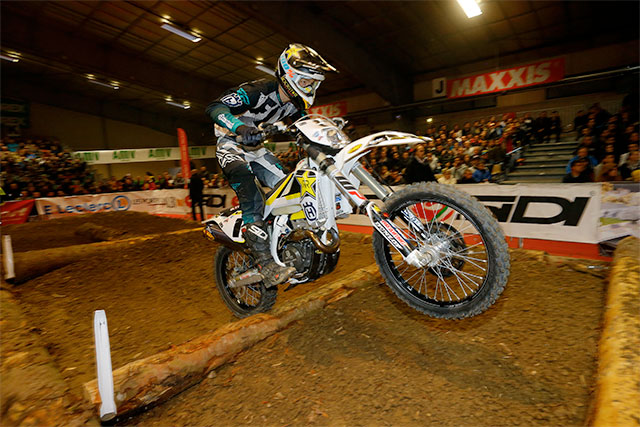 2017 champion Colton Haaker. Credit: Future7Media
Competing in his first ever SuperEnduro championship last year, Haaker won the title with a last-lap pass for the win in the final moto of the last race of the series. Coming into the 2017 series as defending champion and having recently also secured the AMA EnduroCross title, Haaker placed a strong second overall at round one in Poland before enjoying a perfect night at round two in Germany with three final wins. At round three in Spain he finished third overall before wrapping up the title with a close third place result in France.

‰ÛÏIt‰Ûªs great to win the SuperEnduro title again," Haaker said. "It‰Ûªs been a very different championship to last year, as I felt like I started this series as favourite to win. I came out strong at the first two rounds, and managed to open up a little gap at the top of the points.

"I think Jonny and Alfredo worked really hard during the break after the first two rounds, but tonight I felt like things were pretty even between us all. Defending the SuperEnduro title was definitely something different, and quite possibly harder to do, but I‰Ûªm just stoked to win the championship. I felt like I rode well tonight, but at the same time I knew the title was on the line. I‰Ûªm stoked to have get two SuperEnduro titles in a row.‰Û 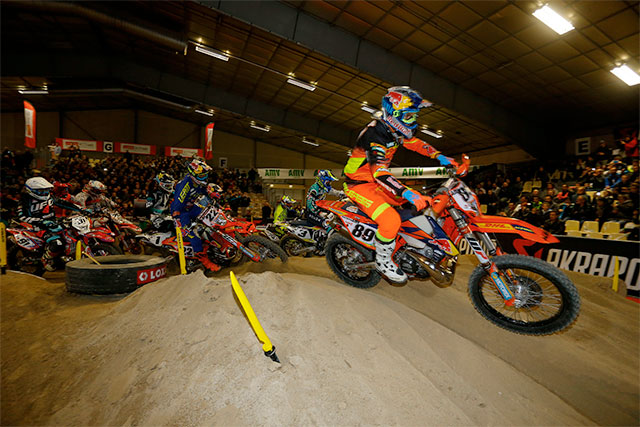 although he won the final round Alfredo Gomez (88) had to settle for second in the championship. Credit: Future7Media
For Alfredo Gomez the event ended with the Spaniard claiming his second consecutive overall win, having also topped the podium for the first time at round three in Spain two weeks earlier. Improving throughout the opening two rounds of the series, in France Gomez‰Ûª lightning fast starts on his KTM 300 EXC helped him to third in the opening final before claiming two wins to top the podium ahead of Jonny Walker and Colton Haaker.

‰ÛÏTonight I got some great starts, twice getting the holeshot, and I just wanted to end the series as well as I could,‰Û 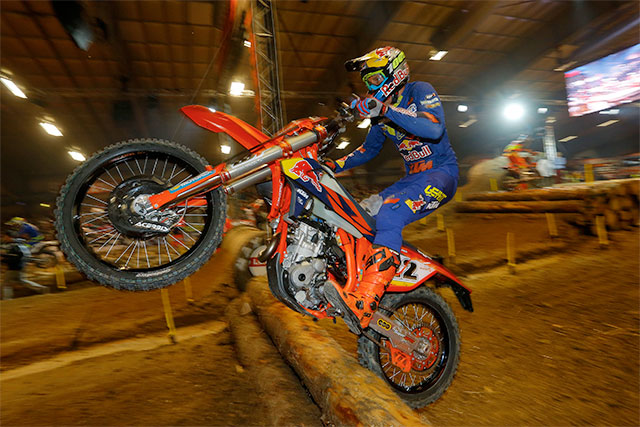 Brit Jonny Walker made it a KTM 1-2 at the final round with second place. Credit: Future7Media
Equally pleased with his night, Walker kept Gomez honest throughout the event despite a tough second final. The fastest rider during the one-lap SuperPole session, he then topped the opening final by 15 seconds on the KTM 350 EXC-F. Second in the night‰Ûªs closing final saw Walker claim a well-deserved runner-up result, bringing his 2017 SuperEnduro campaign to a positive close.

‰ÛÏAfter getting the fastest time in the SuperPole and then winning the first final I really felt like I could get the overall win,‰Û