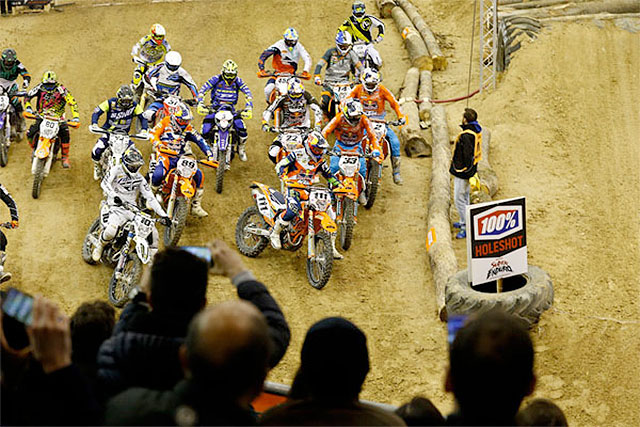 Colton Haaker was crowned the 2016 Maxxis FIM SuperEnduro World Champion in a dramatic final round showdown in Madrid, Spain.

Capping off what has certainly been the most exciting and dramatic SuperEnduro series to date, Husqvarna‰Ûªs Haaker delivered the goods to be crowned the champion. With it all to play for between Haaker and closest rival Cody Webb (USA-KTM), it was a last lap, final corner pass by Haaker that secured him the title. ‰ÛÏIncredible, absolutely incredible to be the new world champion,‰Û 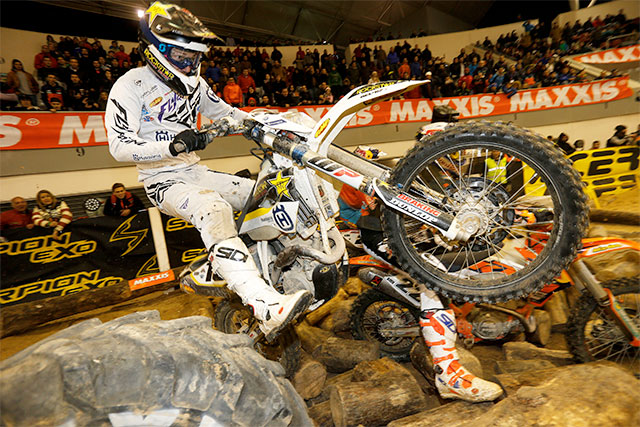 Colton Haaker battles with Jonny Webb
In the second race, Webb was back on the attack and after getting into the lead in the early stages, controlled the pace from the front, fending off a late charge by Haaker, who was second. Another seventh place result from Walker saw his title hopes slip further away. With just two points separating Haaker and Webb - in Haaker‰Ûªs favour - entering race three, it would be a winner-takes-all bid for championship glory. Initially, Webb looked the champion elect as he led out front, while Haaker faced a recovery bid from ninth on lap one.

On a mission, Haaker drew level with Webb and with one lap remaining, the duo gave it everything they had. With four overtakes, it was Haaker‰Ûªs final corner pass that saw him win the race and with it become the new SuperEnduro world champion.

‰ÛÏI just went into overdrive in that final race, I had nothing left to give,‰Û 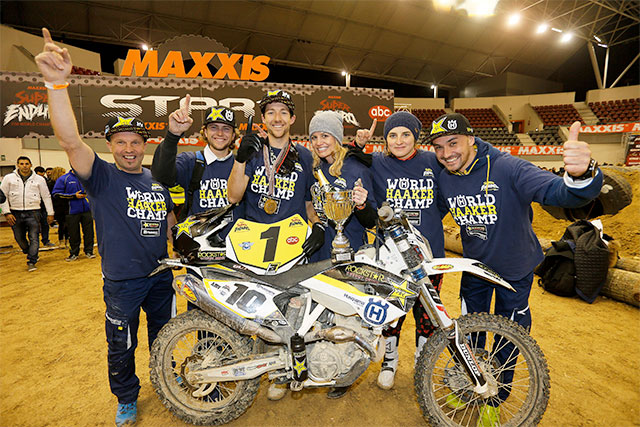