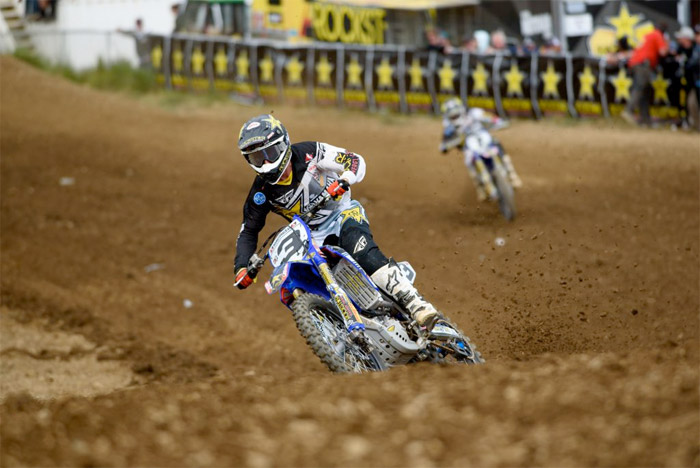 On a rider friendly, cool, dry day in Nanaimo on Vancouver Island, Round 2 of the Rockstar Energy Drink Motocross Nationals presented by Motovan saw the MX1 red plate pass into the hands of a different rider as the series leaves the west coast and begins its summer long trip east.

Canadian hero Honda Canada Racing Fox GDR‰Ûªs Colton Facciotti finished 2-2 and stood on top of the MX1 podium in Nanaimo, grabbing the series lead and the red plate that goes with it, heading into Round 3.

The Wastelands in Nanaimo is a huge, outdoor, spectator friendly supercross track, cut into the side of a mountain with elevation changes and a hard packed, shale based soil. It also has a unique concrete starting pad like the one we will see next weekend at the Wild Rose MX Park in Calgary at Round 3.

KTM Canada Thor Racing‰Ûªs Davi Millsaps had a nearly perfect day; he led all but one lap of the entire 2 motos after getting good starts and making aggressive passes early in both races. Unfortunately for Davi, he was penalized 10 positions in the first moto after video evidence showed him jumping on a Red Cross flag. Fellow competitor Rockstar Energy OTSFF Yamaha‰Ûªs Matt Goerke suffered the same fate after finishing third in the first moto.

Goerke ended up 13-4 on the day, which put him in sixth overall. Millsaps was on fire today and was clearly the fastest man on the track. With the penalty Davi finished 11-1, for fourth overall, and was very gracious on the podium after the second moto where he apologized for missing the flag.

Monster Energy Alpinestar Kawasaki‰Ûªs Mike Allesi rode well this weekend, and after Goerke made a mistake on the last lap of Moto 1, passed him to finish second. Mike ended up being declared the winner of Moto 1 after the penalties, and went on to finish fifth in Moto 2, for second overall. Allesi is sitting third in the standings and is only 12 points back of the series leader.

Mike has not had the good starts we are used to seeing out of him thus far, but expect the talented US rider to get that worked out as we move to the next round. 2016 CMRC Canadian Motocross Series The Wastelands Nanaimo, British Columbia June 12, 2016

Grabbing both Royal Distributing Holeshots this weekend was Rockstar Energy OTSFF Yamaha‰Ûªs Brett Metcalfe, who‰Ûªs 3-3 moto finishes were good enough for third overall. Metcalfe admitted after the race that the Wastelands track is not one of his favourites and was happy with his third place finish.

‰ÛÏAlthough points are points and it doesn‰Ûªt really matter how you get them as long as you‰Ûªre racing clean, no rider rejoices in getting them because the competition DNF‰Ûªd or lost position because of a penalty. You want to beat them for those points,‰Û 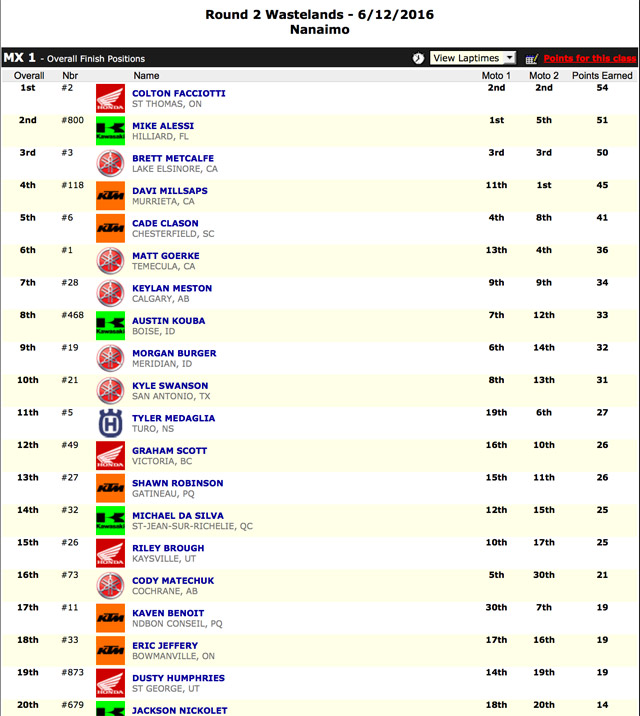 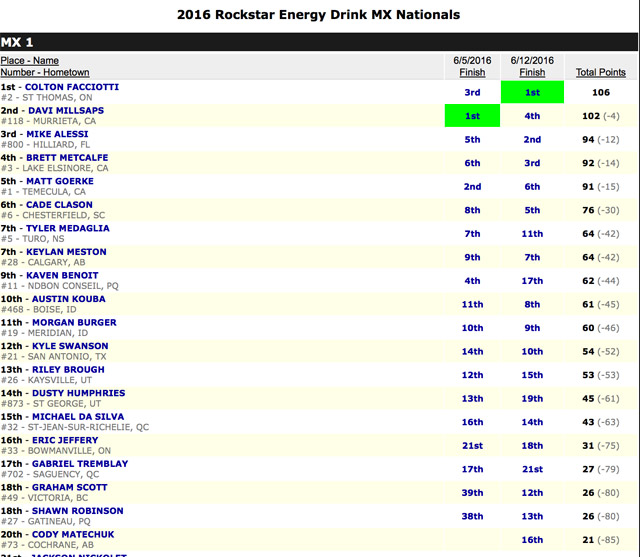