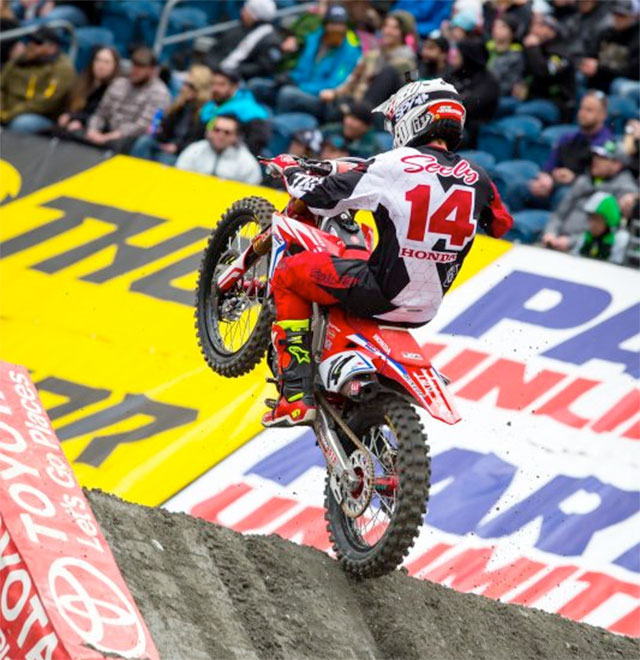 Round 13 of Monster Energy AMA Supercross in Seattle didn‰Ûªt go as planned for Team Honda HRC, as Cole Seely was sidelined for the evening after aggravating a preexisting groin injury during the daytime program.

Halfway through the only qualifying session, Seely dabbed his left foot in a corner, twisting his leg and forcing him into the pits. After the Californian was evaluated by the Alpinestars Mobile Medical Unit, it was determined that he would not compete due to a possible tear in his adductor muscle. Seely will visit his physician this week to receive a full diagnosis and prognosis.

"I first hurt my groin last weekend in St. Louis when I cased the triple in practice and my legs got ripped off the pegs," Seely explained. "It was bothering me all week but I actually felt okay in the beginning of practice.

"Unfortunately, when I came into the left turn after the mechanics area and put my foot down, it ripped to the side again and I heard it pop. After that, it was instant pain. I went to the mobile medical unit and they think that it‰Ûªs the adductor muscle in my groin but we won‰Ûªt know until I get an MRI."