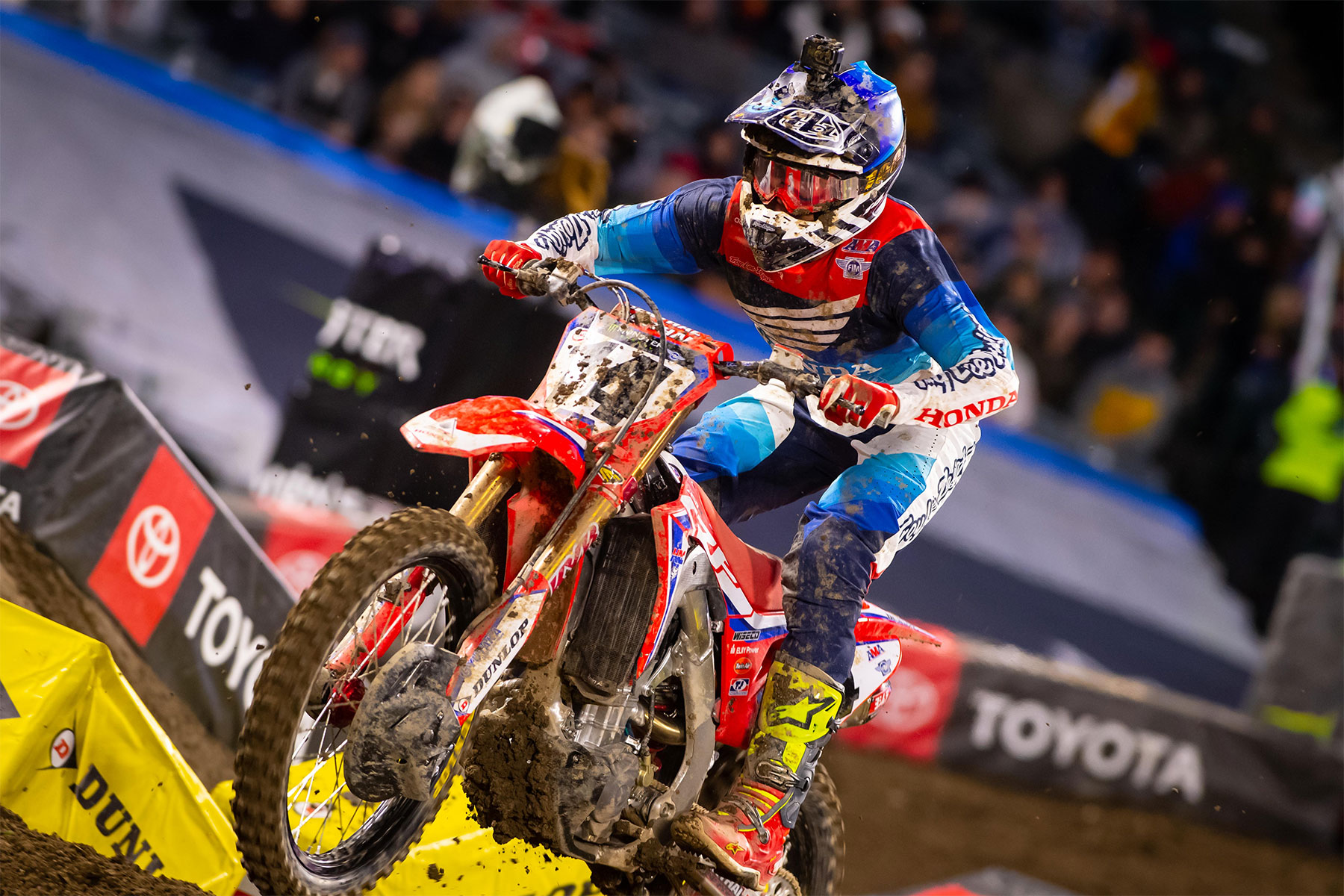 After admitted to having some nerves, Cole Seely, got through his first round back from . serious injury without any major hitches.
HRC Honda's Cole Seely made an incident free return to the Monster Enegry AMA Supercross Championship last Saturday night at Angel Stadium in Anaheim California after missing most of last season with injury.

Seely had been sidelined by injury for nearly nine months after breaking his pelvis last February in Tampa Florida when he came up short on a jump and had his CRF450 land on him.

The Californian had to shake off some nerves, but he still managed to put together a solid performance in the challenging conditions, eventually finishing 4th in his heat race to qualify directly to the main where he finished 10th in some challenging muddy and rainy conditions.

‰ÛÏIt felt so good to get back to racing," Seely said. "I was so nervous and excited at the same time, but also so happy to line up again. Normally 10th is something I‰Ûªd be disappointed in, and I was a little bummed at first but after putting it into perspective and considering the conditions, I‰Ûªm happy with it and just excited to be back. I‰Ûªm looking forward to the process and to just building on my finishes each week.‰Û