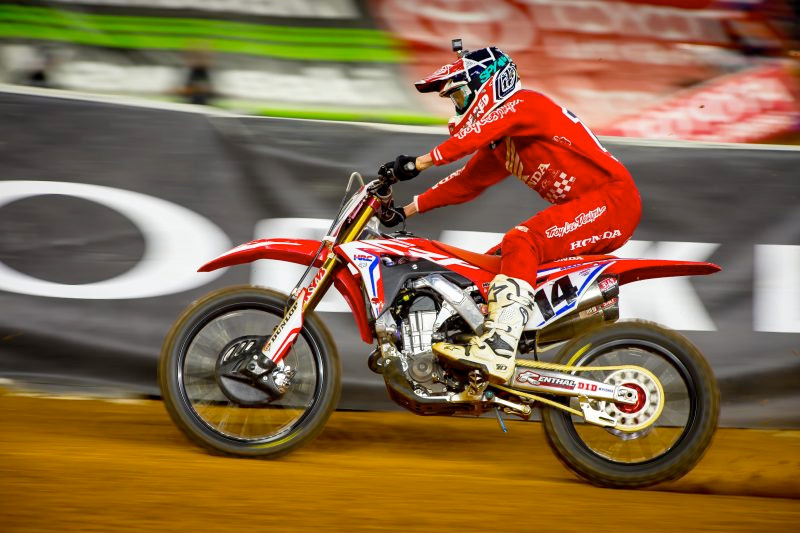 With teammate Ken Roczen sidelined following his crash in San Diego, Team Honda HRC‰Ûªs Cole Seely carried the torch for the factory HRC squad at round seven of the AMA Supercross in Arlington, Texas,

Although he had hoped for a podium result, he was nonetheless pleased with his fifth-place performance.

Seely was slightly off the pace during the daytime qualifying practice, securing the eighth-fastest lap time at 49.330‰Û 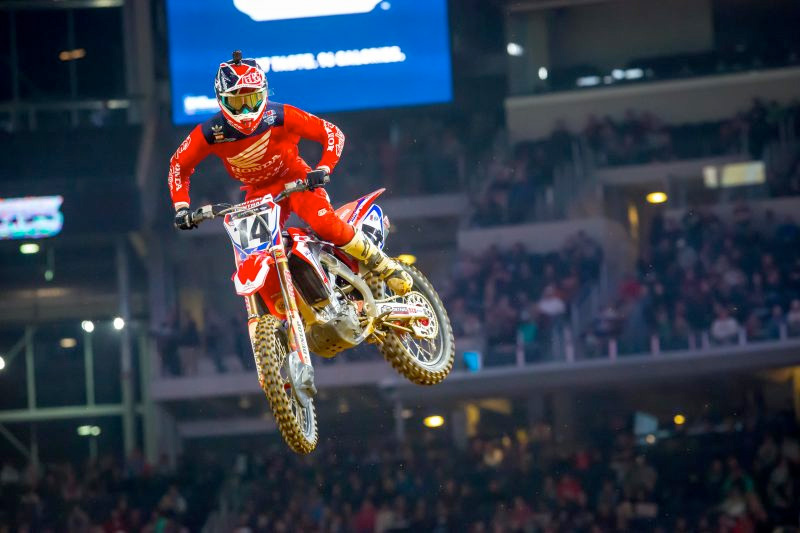 Cole Seely in action at Arlington.
Seely emerged from the first turn in seventh and made solid early passes aboard his CRF450R, moving into fourth by lap five. Past the halfway point of the 25-lap main event, the Californian engaged in a heated battle with Jason Anderson but unfortunately was unable to hold off the points leader and fell back one spot. Seely continued to fight hard until taking the checkered flag in fifth, and he advanced to second place in the points standings.

‰ÛÏI‰Ûªm obviously frustrated because I want to be further up there and on the podium, but tonight was the hardest-fought fifth I‰Ûªve ever had to work for," Seely said.

"I think I rode a lot better than the result shows. I was also happy with how I managed the race, my energy, and effort. I came from seventh and had to battle with riders on the way up, then [Jason] Anderson was charging and we battled back and forth a bit until he got by. Then I went straight back to being pressured by [Cooper] Webb until the end. I laid it all out there, especially on that last lap because I knew Cooper was behind me and was going to try and stick a wheel in anywhere he could; I was just trying to ride defensive but still be fast.

"It was a hectic night of racing so I‰Ûªm happy to get out of here uninjured. We did a lot of work to the bike this week, even though it‰Ûªs risky because things are pretty different when you show up to the race versus the test track, but I was pretty confident in what we had found. I‰Ûªm happy to take a step in the right direction. It feels validating that we made a good change, and I have a good direction to work in and fine-tune.‰Û 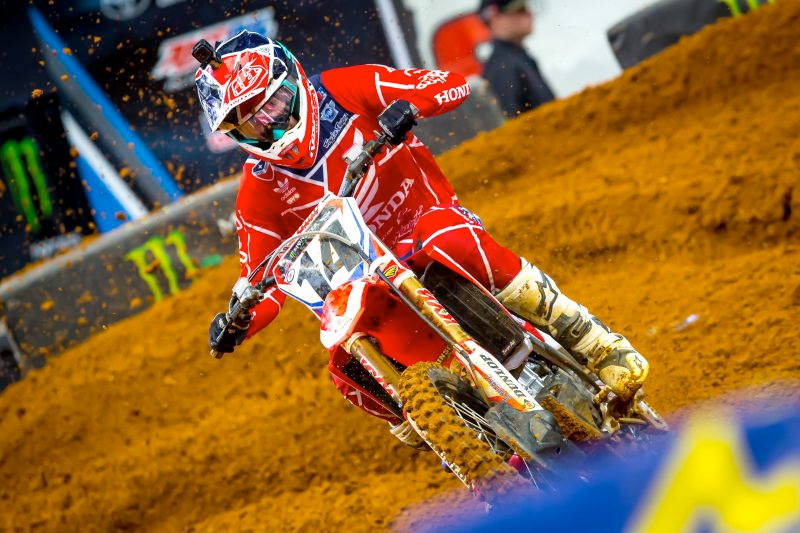 Cole Seely in action at Arlington.
Directly following the Arlington Supercross, Seely made the move from his home in Costa Mesa, California, to Claremont, Florida, for the remainder of the AMA Supercross season. This is the second time that the Californian will be spending an extended period in the Sunshine State, as he trained at The Nest for most of last summer.

"There are two supercross tracks at The Nest and the dirt is more like what we get at the Eastern rounds," Seely explained. "I really enjoyed Florida last summer, so this will be my first time experiencing anything different during the supercross season. I‰Ûªll be going out there for the summer too, probably after Colorado.‰Û 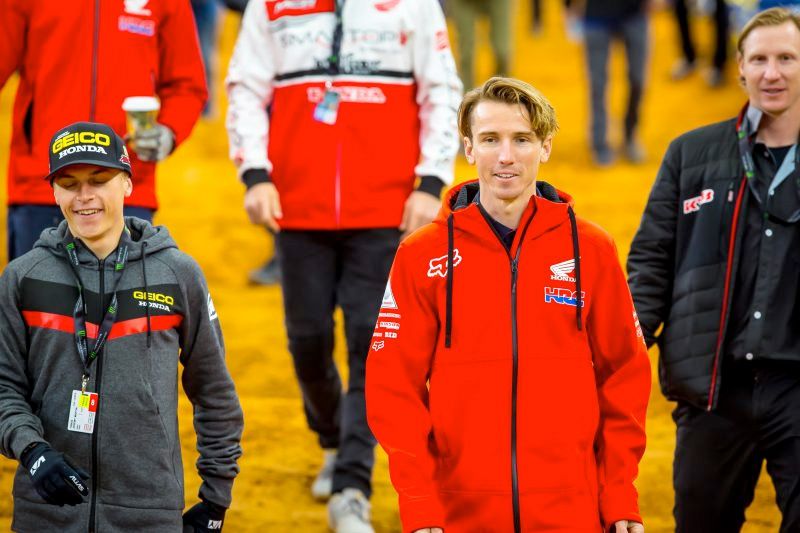