Coldenhoff and Prado top qualifying at MXGP of Turkey 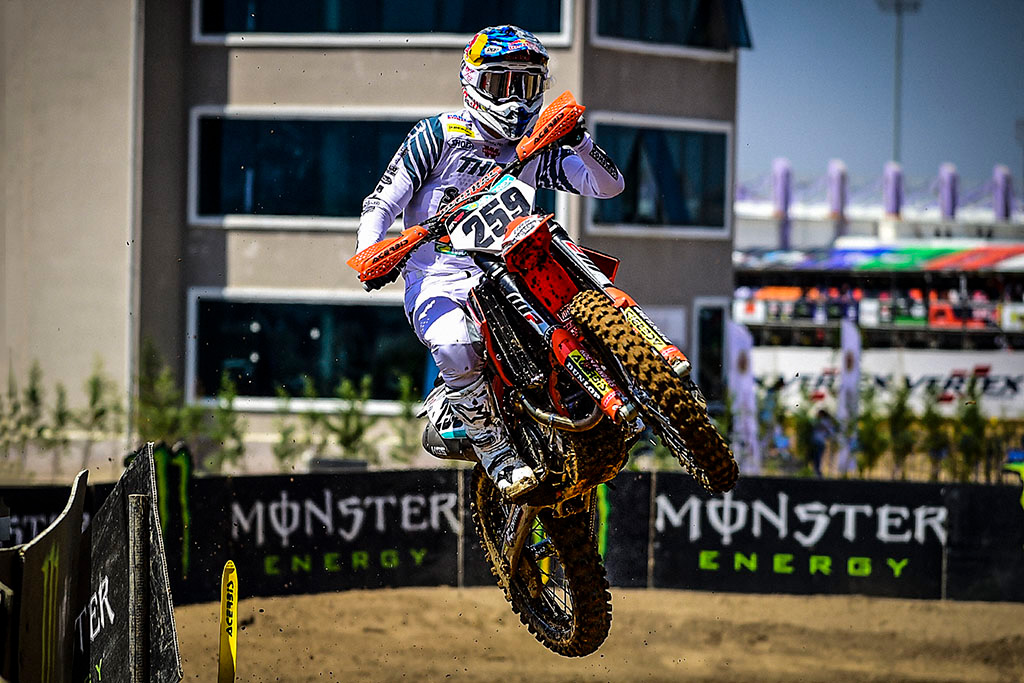 Glenn Coldenhoff
Glenn Coldenhoff and newly crowned MX2 World Champion Jorge Prado have won their qualification races as the 2019 MXGP of Turkey kicked off at Afyon.


After four laps it was Gajser with a three second lead over Coldenhoff, then Seewer, Herlings and Monticelli. An uneventful race followed for some laps as not a lot of passing happened in the front group.

Gajser crashed and handed the lead to Coldenhoff, and Seewer and Herlings also both passed the new MXGP champion as Herlings was all over Seewer for second place. Gajser found himself eventually back in seventh position and dropped back slowly. 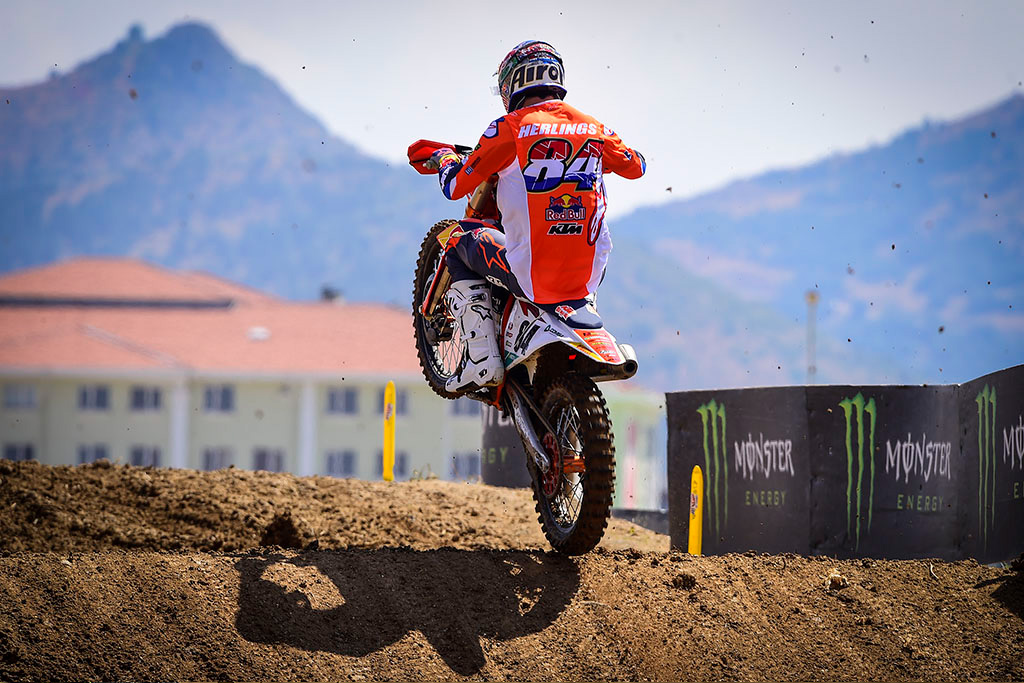 Jeffrey Herlings
Herlings looked brilliant closing on Seewer and Coldenhoff until he moved past Seewer and set out after Coldenhoff on lap eight while Gajser dropped out of the top ten as he continued to struggle.

The two Dutch riders were in a brilliant battle for the top spot as Herlings was closing right up on the back wheel of Coldenhoff. Seewer was third and Monticelli fourth. The pace of MXGP was just incredible with the two leaders colliding but continued their charge up front with only one second separating the Dutch riders. Coldenhoff held on though and won his first Qualifying race of the season from Herlings and Seewer. 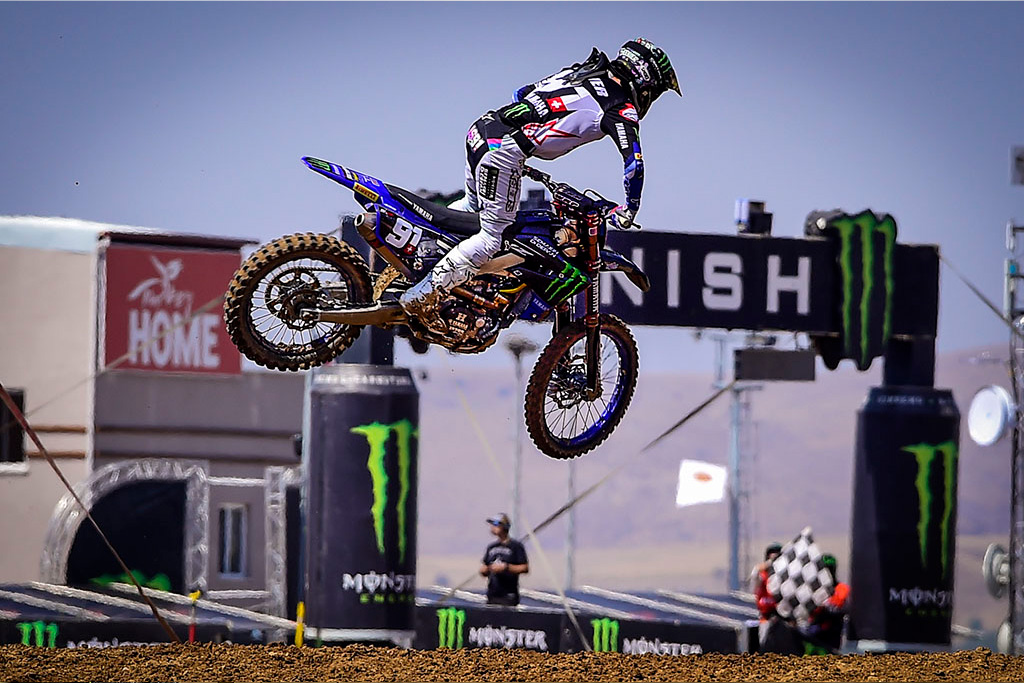 Jeremy Seewer
‰ÛÏI had a good start and I was behind Tim, I kept focusing and in some places I was faster. Then he went down and then Herlings was pushing me. It was fun battling with him and I won, which is always good," Coldenhoff said. 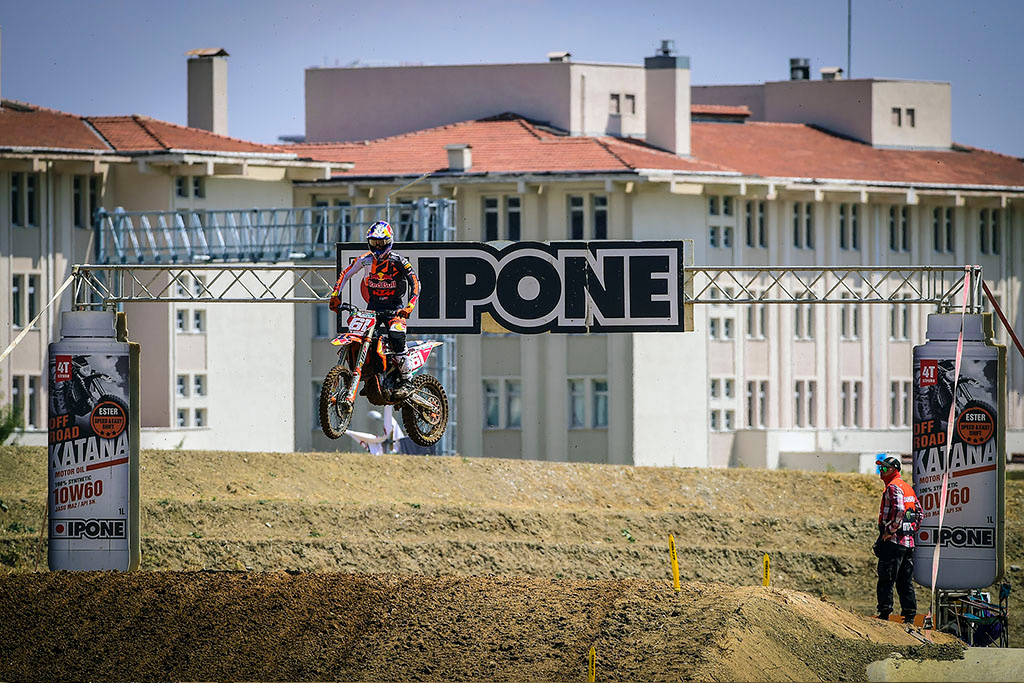 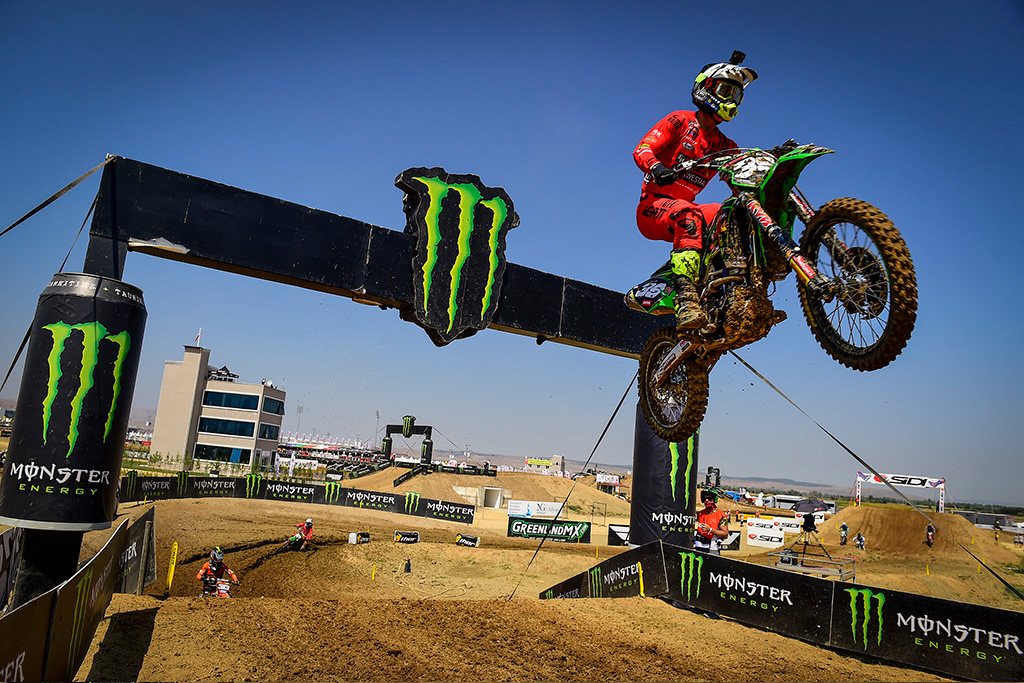 Roan Van De Moosdijk
Bike It DRT Kawasaki‰Ûªs Darian Sanayei crashed forcing himself out of the race and so does Vialle in lap five but he dropped to fifth position while Renaux moved into third place. After seven laps the lead by Prado was more than eight seconds, with Van De Moosdijk second, then Renaux, Geerts and Team HRC‰Ûªs Calvin Vlaanderen. Prado won the MX2 Qualifying race from Van De Moosijk and Renaux.

‰ÛÏI was enjoying riding as the track was really good, I enjoyed even more than last year as I feel more relaxed and It wasn‰Ûªt too warm. I feel very good for tomorrow," Prado said. 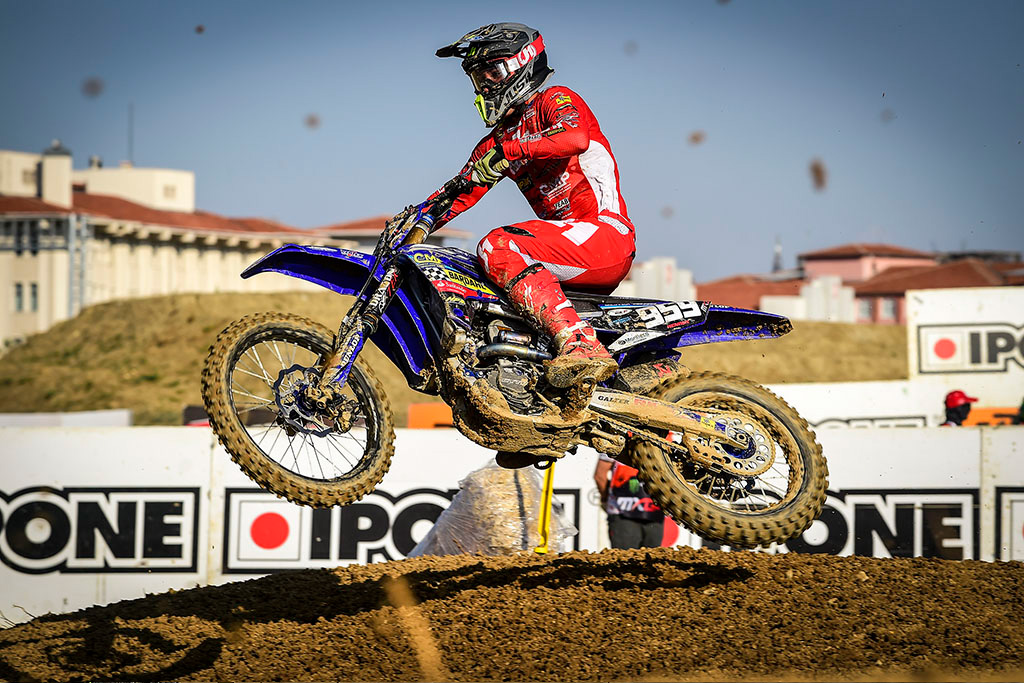