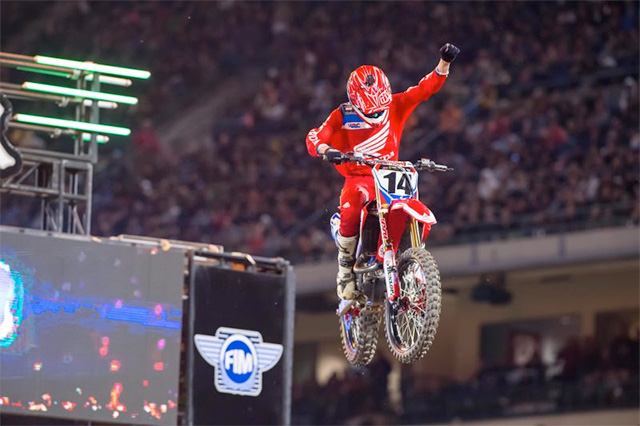 Round 3 of the AMA Supercross series at Anaheim‰Ûªs Angel Stadium, which hosted the first-ever Triple Crown event, saw Team Honda HRC‰Ûªs Cole Seely capture second overall for his first podium result of the season, with an impressive 1-2-7 tally.

After qualifying 7th fastest in the morning, Seely then won through to the finals through his heat race. When the gate dropped for the first of three 450SX main events, Seely got off to a second-place start. He quickly moved his CRF450R into the lead on the opening lap and rode unchallenged for the remainder of the eight-minute-plus-one-lap race. In the second main, Seely got a top-five start and moved into second on lap two. He kept the leader honest, making advances toward the end of the race before a mistake forced him to settle for second.

The evening‰Ûªs final race proved to be the biggest challenge as a less-than-desirable getaway left Seely nearly 14th on the first lap. The Californian spent the 15-minute contest maneuvering through the field to salvage a seventh-place finish, enough to wrap up second overall.

"It feels great to be back on the podium," Seely said. "Leading some laps in the first race definitely helped boost my confidence, but I was happier with the way I rode in the second main event. Eli [Tomac] was going fast so to be able stick with him and almost challenge for the lead before making that mistake was huge.

"I was definitely feeling a little pressure on the gate of the last race because I just needed that last bit to close the deal. I knew I was riding really well in the first two mains, but sadly my start in the third race got me. [Weston] Peick kind of came over on me down the start-straight, so I got shuffled back and came around the first turn in around 14th. It was hectic coming through the pack. I ran out of steam in the end and wish I could‰Ûªve pushed forward a little more and made a few more passes. It had the win in my grasp and was so close.‰Û 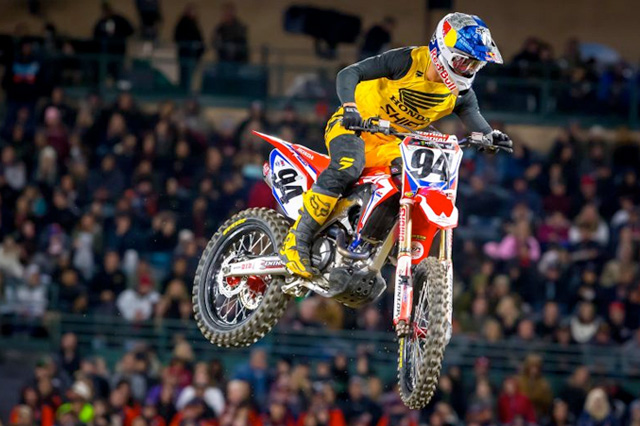 It was a mentaly tough night for Ken Roczen returning to the scene of his season ending injury.
With Saturday‰Ûªs race marking the one-year anniversary of Ken Roczen‰Ûªs frightening crash, the German had a challenging evening overcoming his subconscious. Although he had hoped for another podium finish, he was pleased to put this race behind him and walk away healthy with a ninth-overall result.

In the first main event, Roczen took an eighth-place start and then struggled to find his rhythm, losing spots before taking the checkered flag in 11th. Another poor start in the second race left him outside the top 15 on the first lap, but he advanced to 12th by the finish. The last main saw Roczen start near the front before settling into fourth on lap five, which is where he finished.

‰ÛÏTonight was very interesting," Roczen reflected. "It‰Ûªs Anaheim 2, which is obviously where I crashed and even though I tried not to think about it at all, it lingered subconsciously in the back of my mind. I didn‰Ûªt feel like myself at all out there. I was riding bad and couldn‰Ûªt seem to do anything about it. I went into the first main, got a bad start, felt terrible on the track and basically went backwards. That definitely wasn‰Ûªt the plan but the worst part was, I had two more to go [laughs].

"Even though I didn‰Ûªt feel good, it was great to just finish it and get this one off the checklist. It was big night and obviously, it could‰Ûªve gone worse‰ÛÓas we saw here last year. We‰Ûªre walking away from here super healthy and looking forward to next weekend‰Ûªs race. All in all, it‰Ûªs a tough pill to swallow as a rider because I want to win or at least battle for the win. It for sure wasn‰Ûªt there today though. I want to move on, forget about tonight and start looking forward to the next one.‰Û 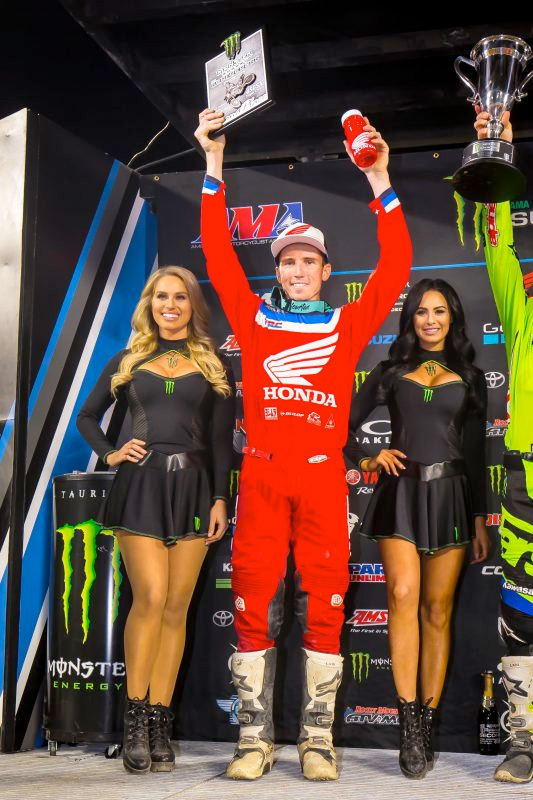