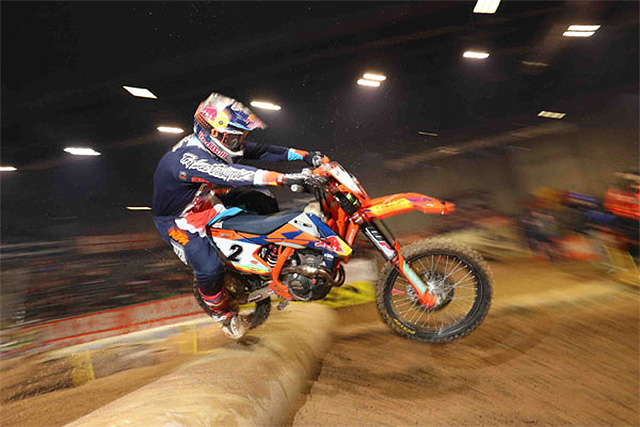 FMF KTM Factory Racing‰Ûªs Cody Webb delivered the goods at round two of the FIM SuperEnduro World Championship in Riesa, Germany to claim the overall win ahead of Colton Haaker and with it move to the top of the provisional championship standings.

Team-mate Taddy Blazusiak, winner of the opening round of the series, finished third overall.

After a strong start to his championship campaign in Poland, where he claimed a runner-up result to Blazusiak, Cody Webb quickly got down to business in Germany. Stamping his authority on the Akrapovic SuperPole with the fastest lap time, he began his night in determined fashion.

Starting race one third, the American quickly worked his way around leaders Colton Haaker and Jonny Walker to claim the opening win of the night. With the start order reversed for race two always proving decisive, Webb cut his way through the field to place a hard-earned third. Going on to win the third and final race of the night, Cody ended round two on the top step of the podium and with it the took over the championship‰Ûªs points lead. 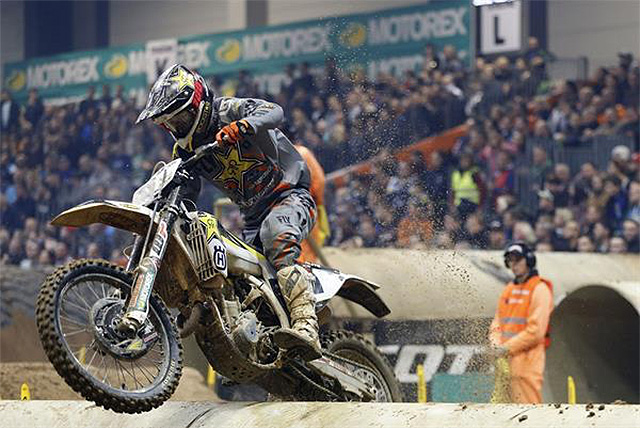 Colton Haaker. Photo: Future7Media
"It‰Ûªs great to end the night with both the overall win and the championship points lead," Webb reflected, "I almost had it in Poland so to get it done here in Germany is brilliant. Overall, it was a pretty good night. I won SuperPole and that gave me an added boost of confidence. Like Poland I won the first and final race, only this time I had a much-improved result in race two. I feel like I still have a bit more work to do there, which is something I can build on towards round three in Bilbao, Spain.‰Û 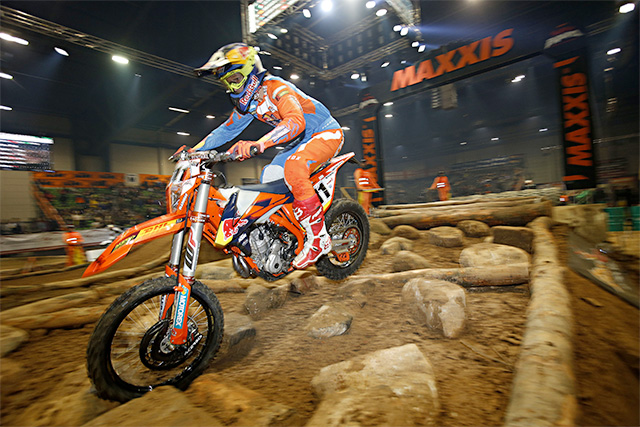 Taddy Blazusiak dropped to second in the standings.. Photo: Future7Media
Putting in his best showing on the night, Haaker claimed the win in race two to set up a potential overall win heading into the third and final race of the night. Tangling with another rider off the start, Haaker damaged his clutch lever. Salvaging seventh, he missed out on his chance of victory but still claimed second overall.

‰ÛÏIt feels good to be back on the podium," Haaker said. "Things just didn‰Ûªt go my way in Poland but tonight it was a lot better. I think it‰Ûªs taken me a little longer than I expected to recover from my elbow injury but we‰Ûªre 85 per cent there now. I‰Ûªve got a few more weeks to ride and train before round three so hopefully there I can get back on to the top step of the podium again.‰Û 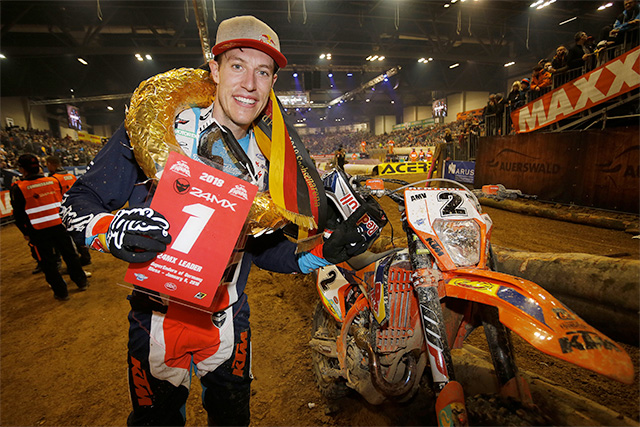 ‰ÛÏIt‰Ûªs been another great night for me," Bolt enthused, "I felt strong all evening and didn‰Ûªt make too many mistakes. I‰Ûªm happy with how I‰Ûªm settling into SuperEnduro as it‰Ûªs really only my second time racing indoors like this. We almost had third overall in the bag, in fact I did stand on the podium and spray the champagne but when the officials adjusted the penalty awarded to Taddy Blazusiak in race two that ultimately dropped me back to fourth.‰Û 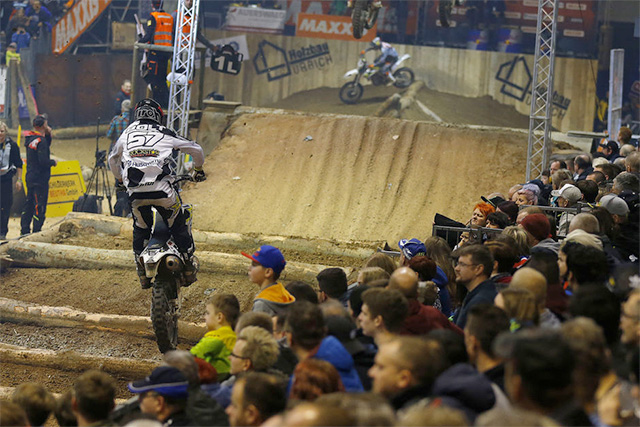 Billy Bolt had a solid 4th place and now sits third in the standings. Photo: Future7Media
For Brit Jonny Walker, round two ended with a much-improved performance over round one in Poland. Placing a strong third in race one, his best finish of the night, Walker went on to place seventh and fourth for fifth overall.

"Tonight was much improved over Poland. I felt like I was riding a lot better," Walker said. "Race one was my best result of the night with third, but race two was my best performance. I got tangled up on the start, was last to get going and really had to work hard to get back up there. Of course, I want to finish on the podium and to be fighting for the overall win, but like I said I feel like I rode well.‰Û