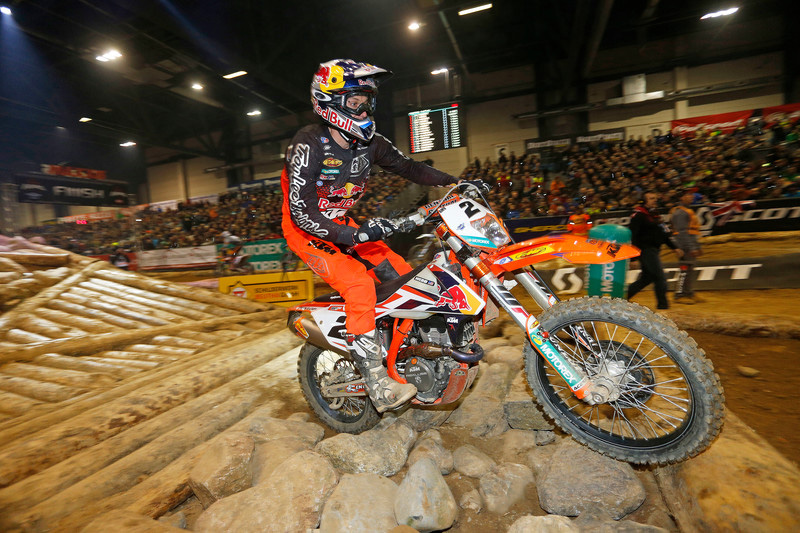 KTM's Cody Webb has extended his lead in the 2015/16 World SuperEnduro World Championship topping the overall results at round two held in Germany over the weekend.

After placing third in the nights Superpole event behind Husqvarna's, Colton Haaker and KTM's Taddy Blasuziak, Webb put his best foot forward in the opening race of the night to claim the win ahead of of his Superpole competitors, leading Haaker across the finish line with Blazuziak in third.

In race two it was Alfredo who took the race win ahead of Webb in second and KTM's JOnny Walker in third.

Walker broke through to steal the win in the final race from Haaker, wit KTM rider Taylor Robert in 3rd and Blasuziak in 4th.

Webb crossed the line in 5th place and in doing so claimed the overall win for the round by a single point ahead of Walker, with Haaker a further 2 points behind in third.

‰ÛÏI‰Ûªm super happy to come away with the win tonight,‰Û